Italy defender Leonardo Bonucci called Ivan Toney the 'new one' after being caught out at a press conference this week. 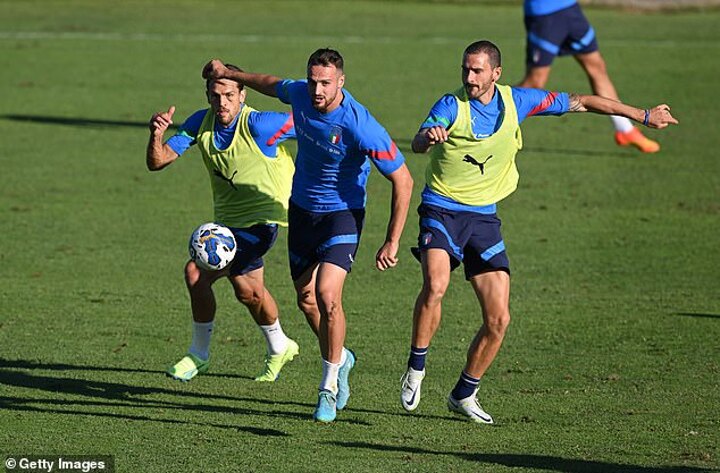 But the 35-year-old has made sure he is well prepared if the England striker makes his debut on Friday night.

Bonucci says he has spent longer in the video analysis room to prepare for a potential first meeting with Toney on the pitch.

When asked about the attacking talent at Southgate's disposal, Bonucci, 35, told the Sun: 'With Kane, we have played many matches against each other.

'I believe he is a great striker and among the best in the world.

'And the new one? We will see. I watched some videos about him over these last few days and he is very talented.

'In England they have a great advantage as they have real talent thanks to the courage of Premier League clubs to make them play.'

Italy boss Roberto Mancini has hailed England are 'one of the best teams in the world' ahead of their Nations League match against Italy despite facing the prospect of being relegated if they fail to win in Milan.

Mancini told football365: 'I think England is one of the best teams in the world. It's full of talent, especially the forwards

'They have many players apart from Harry Kane, who is an extraordinary player, but the young players around him can make a difference. So it will be a very hard match for us.'

The two sides played out a goalless draw at Molineux in June in their first meeting since Italy's penalty shoot-out win in the Euro 2020 final at Wembley.