Chelsea manager Thomas Tuchel has claimed that no player at the club wants to take the cursed number nine shirt. 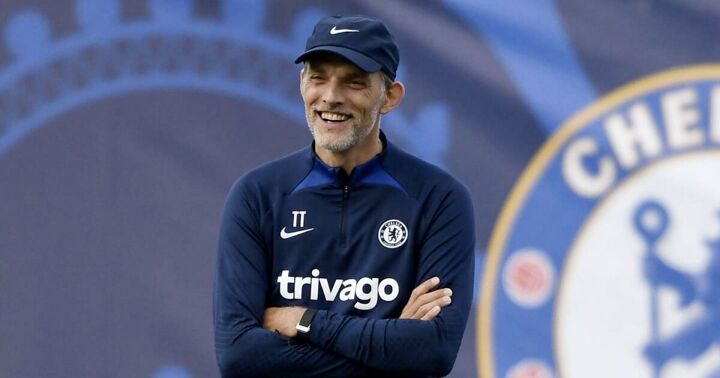 The Belgium international was signed by the Blues last summer for a club-record fee of £97.5 million but had a torrid time last season. He managed to score 15 goals and provide two assists in 43 appearances across all competitions.

Prior to Lukaku, Tammy Abraham donned the number nine shirt. The England international did well initially but eventually lost his form and fitness before leaving for AS Roma.

Superstars like Gonzalo Higuain, Alvaro Morata, Radamel Falcao and Fernando Torres have all struggled while wearing the Chelsea number nine shirt in the past.

The Blues have even spent a couple of seasons in the last decade ((2014-15 and 2016-17) without a number nine and that could once again be the case this time around.

Tuchel has claimed that the number nine is not vacant due to potential signings but because no one at the club wants it. Tuchel said, as quoted ESPN:

"It's cursed! People tell me it's cursed! It's not the case that we leave it open for tactical reasons or for some players in the pipeline to come in and naturally take it."

"There was not a big demand for the number nine. Players sometimes want to change numbers but surprisingly nobody wants to touch it."

As per the same source, Chelsea could be looking to sign a centre-forward this summer. The Blues have been linked with Barcelona's Pierre-Emerick Aubameyang and Red Bull Salzburg's Benjamin Sesko.

As reported by Sport Bible, Timo Werner's time at Stamford Bridge could come to an end this summer with former club RB Leipzig tipped as his potential destination.

The Germany international has failed to live up to expectations since his £47.5 million move to Stamford Bridge in the summer of 2020. He has struggled to find his scoring boots, scoring 23 goals in 89 matches across all competitions for Chelsea.

If the Blues let Werner go having already loaned Lukaku out, it is likely that they will sign a centre-forward this summer.

Chelsea kick off their new season on August 6 with a trip to Goodison Park against Everton, who are managed by former Blues player and manager Frank Lampard.