Liverpool's Harvey Elliott has come out in support of Pascal Struijk after Leeds United lost their appeal against his red card in Sunday's Premier League clash between the two teams. 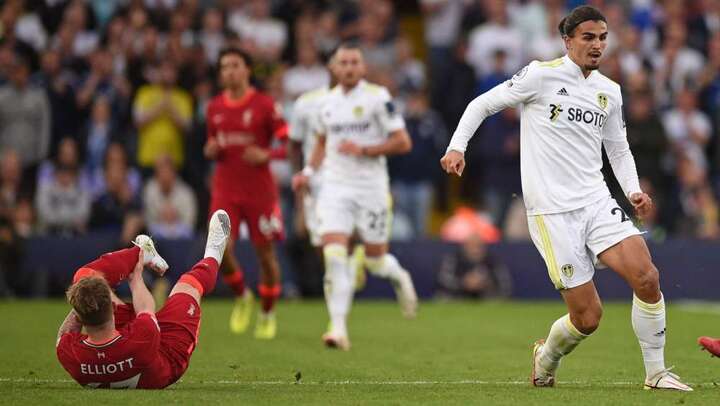 Strujik was sent off for a strong challenge on Elliott in the second half of Leeds' 3-0 defeat at Elland Road, which left the midfielder with a dislocated ankle.

Replays showed that the defender clearly won the ball, but the Whites have seen their bid to get the red card overturned rejected, which has prompted an empathetic reaction from Elliott.

The Liverpool starlet wrote on Instagram: "Sorry about this Pascal! I think its wrong! But it'll soon be over brother and you'll be back in no timer smashing it again. Keep positive."