Life at Real Madrid could be set to get even more challenging for James Rodriguez, with there being a significant risk that nothing will change in terms of his situation at the club, especially with several players in his position returning from injury. 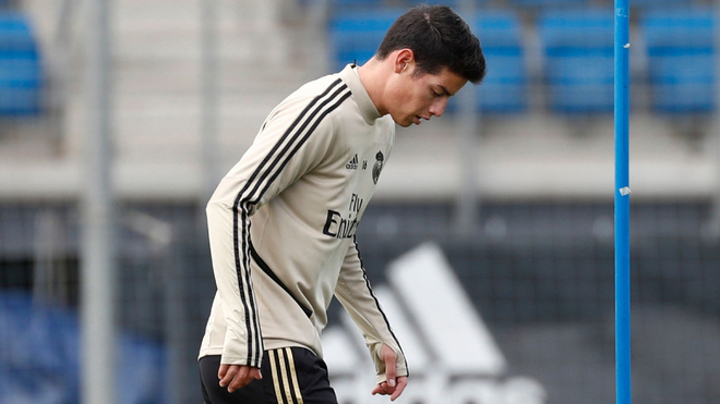 Zinedine Zidane wasn't overly keen on keeping him at the club in the summer, but after deals with Napoli and Atletico Madrid fell through, he had no other option.

Whilst his usage has again been limited under the French coach, James was given minutes due to injuries suffered by both Marco Asensio and Eden Hazard.

However, with LaLiga Santander now set to return, both of those players are set to imminently return to action, and they will move above the Colombian in the hierarchy.

Hope sprung eternal for James when it was announced that five substitutions would be permitted per match once competition resumed, however there are now just further players ahead of him to take those extra slots.

Karim Benzema, Hazard and Asensio will likely be first choice, whilst Los Blancos will benefit more from using Vinicius Junior and Rodrygo Goes as alternate options ahead of James, as they are the future of the club.

James will sit alongside Luka Jovic, Mariano Diaz and Brahim Diaz as the forgotten members of the squad, with only one of them able to take the fifth substitute's spot.

Chances will be limited for James, and when they do arrive he simply has to take them, especially ahead of a transfer market where he could be a valuable commodity, he will have to prove to teams that he is still worth taking a fiscal gamble on.