Jamie Carragher is doing what he enjoys best: opining about modern football, tactical nuance and Liverpool FC. Those opinions come quickly yet precisely, a bombardment of words with which to back them up. 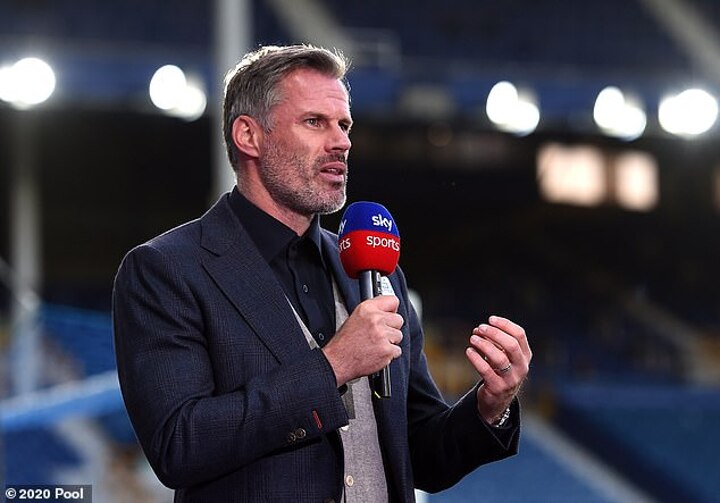 Some jar, initially, such as the assertion that there have been more entertaining teams than the current one managed by Jurgen Klopp.

That doesn't seem right, though he makes a convincing case, even invoking the Anfield reign of Sunday's opposing manager, Brendan Rodgers. That said, he concedes that there are unlikely to be many better than this one, who seem poised to win a glut of trophies. 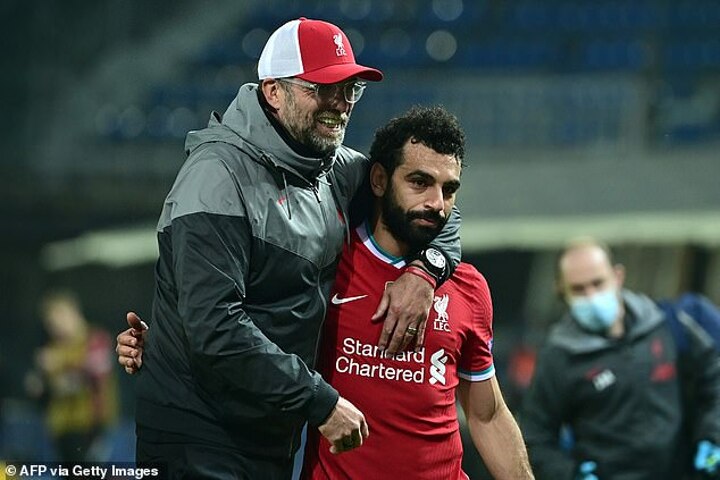 And Klopp himself, he says, doesn't get nearly enough credit as a coach. And, yes, he does think Liverpool will win the Premier League again despite their injury problems.

A conversation with Carragher comparing Liverpool teams of past eras is a fascinating retrospective.

The former Champions League winner and Liverpool centre-half speaks not only with the authority of having played under Gerard Houllier, Rafa Benitez, Kenny Dalglish and Rodgers. He has also used the lockdown summer effectively by rewatching and analysing significant matches across different eras for his new book, The Greatest Games.

The result is a not just a welcome re-analysis of classics such as Liverpool's comeback against AC Milan in the 2005 Champions League final, Manchester United's epic 2-1 win against Bayern Munich in 1999 and Barcelona's extraordinary 3-1 victory over United in the 2011 final, but also a story of modern football's evolution.

A theme develops and two managers are at the heart of all that is good: Klopp and Pep Guardiola. 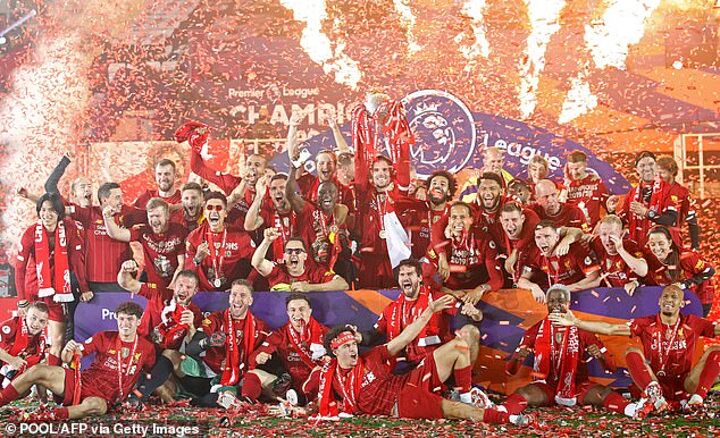 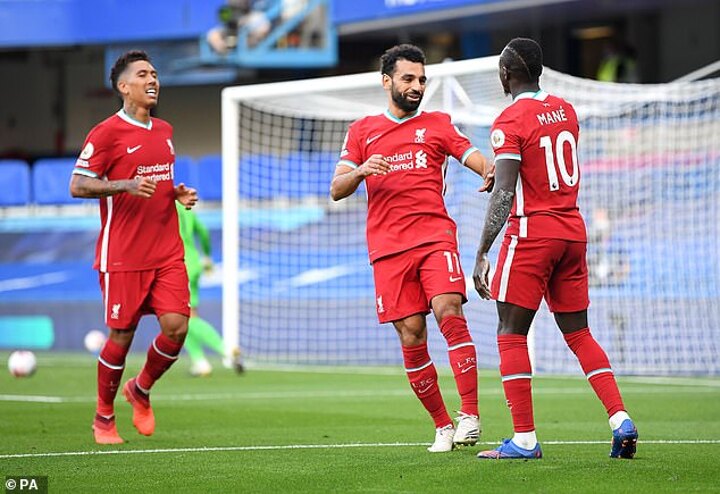 'The job Jurgen has done is amazing,' says Carragher.

'I think it's better than he's been given credit for. When he came in, I don't think the other top clubs — City, Jose at United, Poch at Tottenham, Wenger at Arsenal — were even worried about Liverpool. They were just seen as a team who might get top four.'

And he certainly maintains: 'Others weren't thinking: "Oh we've got a fight for the title on our hands in the next few years". The turnaround has been fantastic because Jurgen's net spend hasn't been what others spent. It goes back to his work on the training pitch, not just the transfer market

'Every club he's been to, it's not a quick fix. Everyone throws Virgil van Dijk for £75million at him. But he's more of a coach than he gets credit for. He's seen as a motivator.

'When you're at a club for seven years as he was at Mainz, as he was at Dortmund and will be at Liverpool… he's a manager who spends a long time at a club and improves each season. That can only be through work on the training pitch.

'People talk about Liverpool's famous model of the transfer committee, and don't get me wrong, they've done a great job. But the most important thing to me is not just buying players but what you do when you get them. 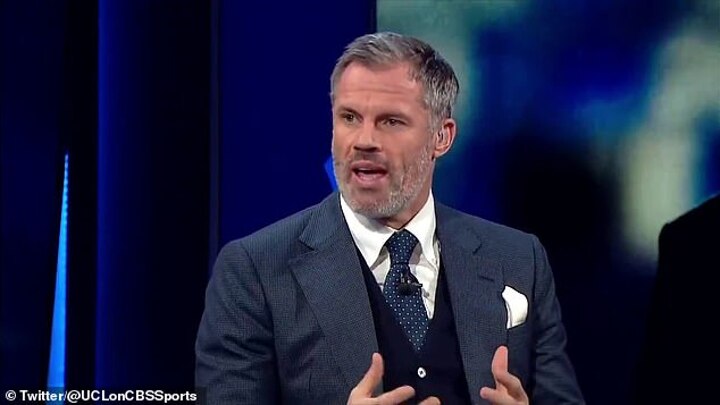 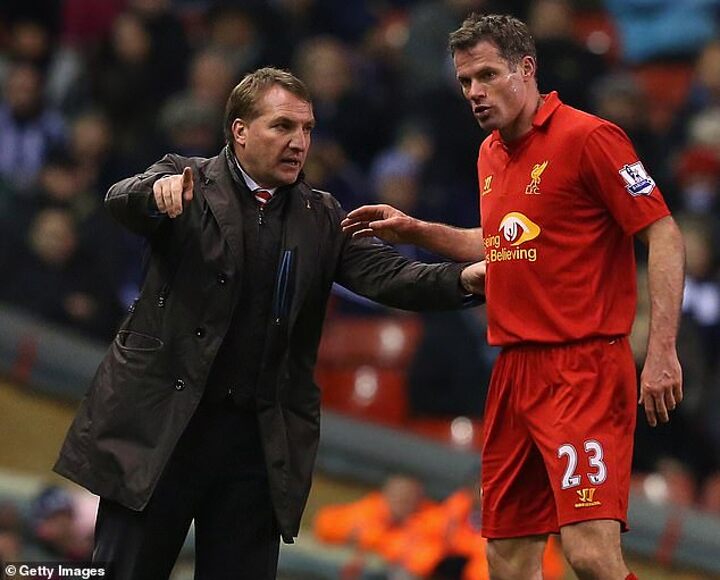 'How often does Klopp buy a player but not put them straight in the team and [instead] mould them into his way. It's no coincidence a high percentage of Liverpool's transfers work, and I think a lot of that is down to Klopp.

'This Liverpool team is about the here and now. Jurgen has built it over four or five years and is ready to win a lot of trophies over the next three or four. The [injury] situation with Van Dijk and Joe Gomez is a massive blow. If those two were fit, I'd be very confident of Liverpool winning the league again. It makes it more of an even contest with everyone involved now.

'I think Man City will fancy their chances on the back of those injuries. And Guardiola signing his contract will be a boost. But if Liverpool could sign a good centre half in January, I think they'd still be the team to beat.'

If Klopp is to establish a dynasty, there will always be a debate as to where they rank among the great Liverpool teams. And committed to attack though they are, Carragher believes they aren't the most entertaining Reds team he's seen. There is even an argument that Rodgers' Liverpool side were more thrilling to watch as they famously came close to winning the League in 2014. 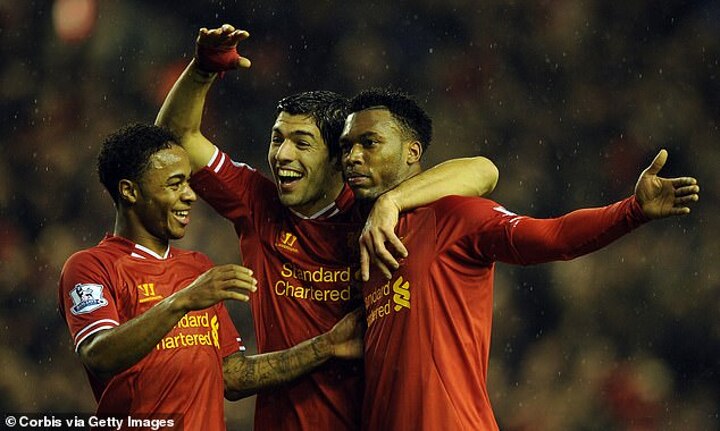 'Some of the football Liverpool played that season with Daniel Sturridge, Raheem Sterling and Luis Suarez, was out of this world and maybe more exciting in some ways than what you've seen in the last few years,' claims Carragher.

'And if you go back to when Philippe Coutinho was in the team and the first season of Mohamed Salah [2017-18], that was possibly the most exciting team to watch. But that team couldn't win the league either. In Klopp's early years, the football was amazing. That run to the 2018 Champions League final, winning the end-to-end semi-final against Roma 7-6.

'The football was exhilarating. Now it's more machine-like and ruthless. The Liverpool teams of the Seventies and early Eighties were probably also more machine-like; relentless and sprinkled with bits of greatness.

'I actually think this current side is closer to those teams than it is to [Kenny Dalglish's] Liverpool of the late Eighties. 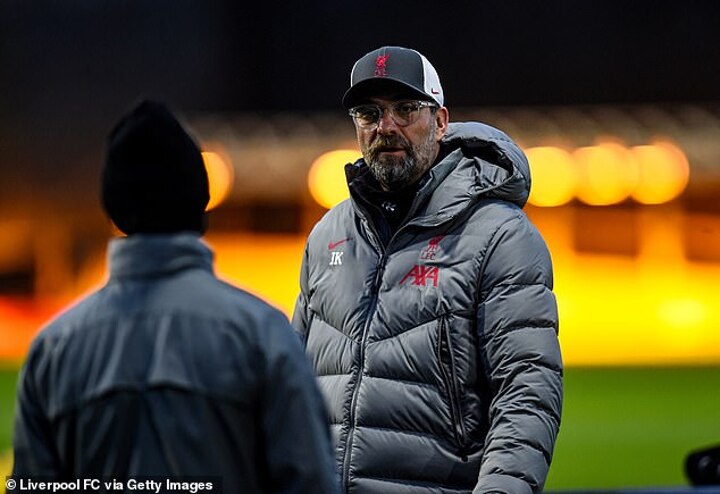 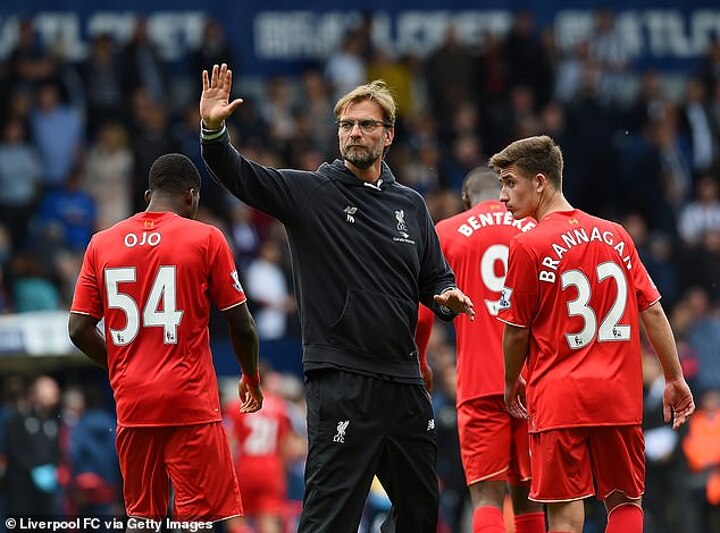 'There's no real passenger in this team. Coutinho came out and they didn't really replace him; they haven't really got that type of [flair] player. Today it's not really about take-your-breath-away (style). It's relentless goals, sprints, running in behind.

'When I watch this team at their best, it's a team, not individuals. They just don't stop. You wouldn't want to play against them.'

Rodgers, who brings high-flying Leicester to Anfield on Sunday, took on the Liverpool job at 39. Now 47, with two Scottish Premiership titles and two Scottish Cups at Celtic plus a top-five finish with Leicester behind him, he looks an even better manager.

'Brendan Rodgers is the best British coach out there, no doubt,' says Carragher, who played his final season as a player under him in 2012-13. 'Maybe you could argue that the Liverpool job came too early but I think he did a good job, coming closer than any manager to winning the League in 30 years.

'He's a fantastic coach, he's done a great job at Leicester and I think his next job could be a Chelsea or an Arsenal. Maybe it would be difficult to go back to Liverpool or to coach Manchester United, given the Liverpool connection, but I think he'll be up for the top jobs in this country, maybe England too. 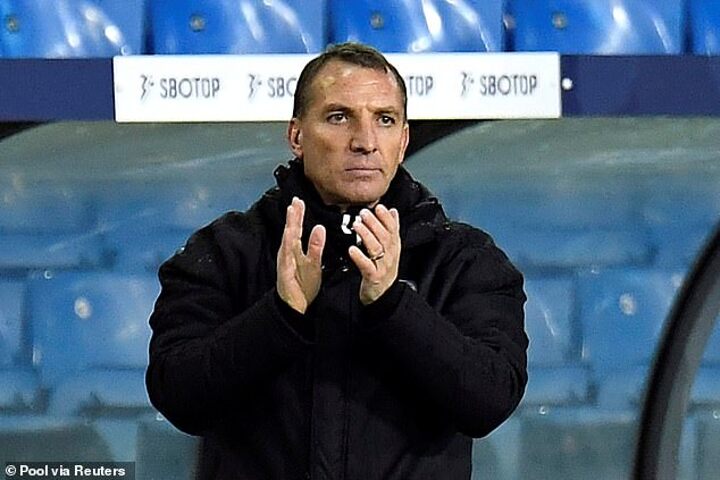 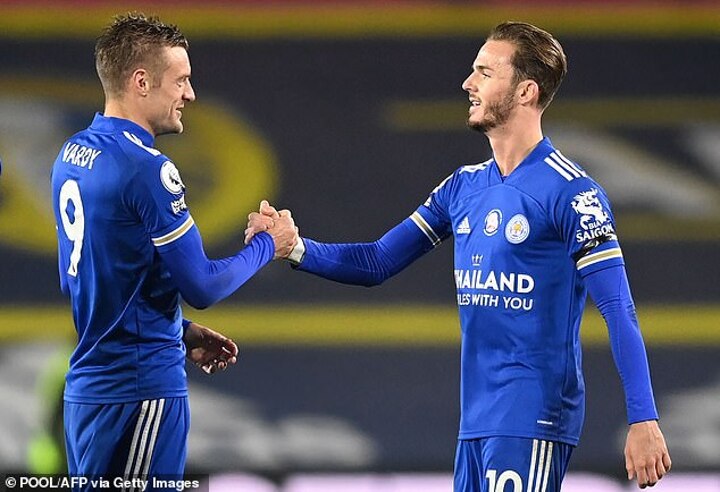 'I've been really impressed with Leicester this season in that he's actually changed tack in the big away games. We may see more of this against Liverpool, he's not thought, "I want to dominate the ball every place I go". He'll sit back and play counter-attack.

'There's a great maturity in Brendan and I'm a big admirer of coaches who look at games and think, "We may have to play differently and it will help us get more of a result".

'They've won every away game, the way he's set up. And certainly what he did at Leeds [Leicester won 4-1], with all the talk of Marcelo Bielsa, was outstanding.'

Klopp's version of football, nicknamed Gegenpressing, is all-action with a high press and developed under his German mentor Wolfgang Frank, who was inspired by Arrigo Sacchi's dominant AC Milan team of the late Eighties. 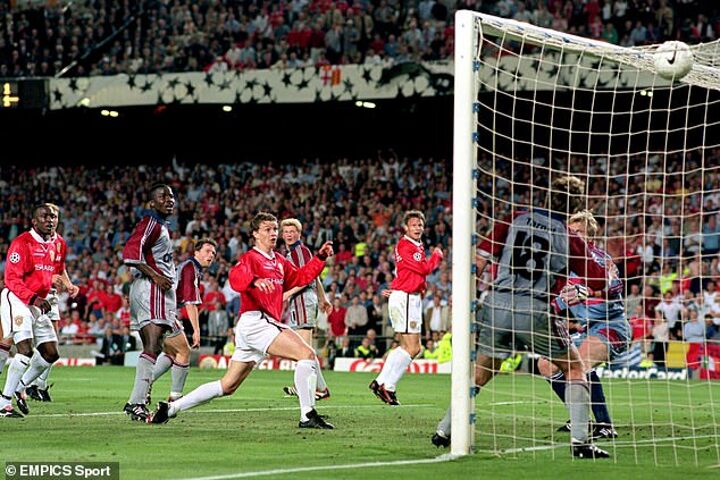 Guardiola famously evolved the passing ideas of Johan Cruyff, with a dash of Bielsa's directness and pressing thrown in. Carragher sees Klopp and Guardiola as the prime influencers in football today.

'There are coaches throughout time that feel like they are a reference point, even a long time later, [but] I'm not a big believer that this is the "modern way of playing".

'As Jurgen says, a big influence of his was playing like a coach from 30 years ago [Sacchi]. Pep you could trace back to Cruyff and then Rinus Michels and the mid-Seventies. Everyone's way of thinking is influenced by their upbringing, the culture they've had, their success.

'And sometimes we pigeonhole teams too much. We have this vision that Klopp's team don't keep possession when actually there's only Man City who keep possession better than Liverpool. And there was no one better at Gegenpressing than Pep's Barcelona team.

'To be honest, that's where I think City dropped off last season, the pressing. They scored the most goals but the problem was when they were without the ball.

'People spoke about Aymeric Laporte being out [injured] but it was the inability to win the ball back in midfield which was the big problem.

'Pep's idea of football isn't dead because they've gone one year without a title. Last season they struggled to press sometimes because David Silva was getting old and Fernandinho, at 35, was in there too.'

What is apparent from the book and the 11 games Carragher has studied, which span 1984-2019, is that football is faster, more technical and much more attacking. 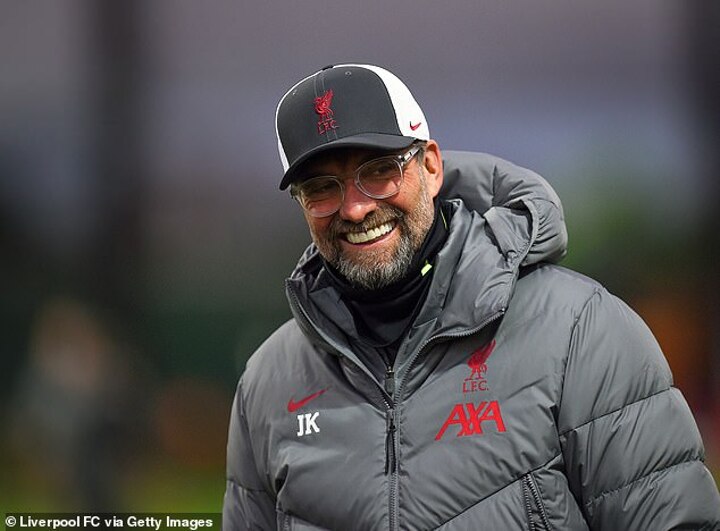 'When you look at the top teams in Europe — Man City, Liverpool, Bayern — high level football now is about calculated risk,' he says.

'Even when Liverpool won the League, in almost every game someone went through on their keeper because they play so high.

'The risk-reward is balanced towards reward, in terms of what they get out of it. City are the same, getting players up to the halfway line confident they will get the ball. But if the pressing isn't there, it leaves you wide open.

'Liverpool got it right more often than not in terms of pressing. The make up of their team means they will always press better. They don't have as technical players as Man City who have the edge in terms of scoring goals. But it's just getting that balance right, even at the top level between attack and defence.'