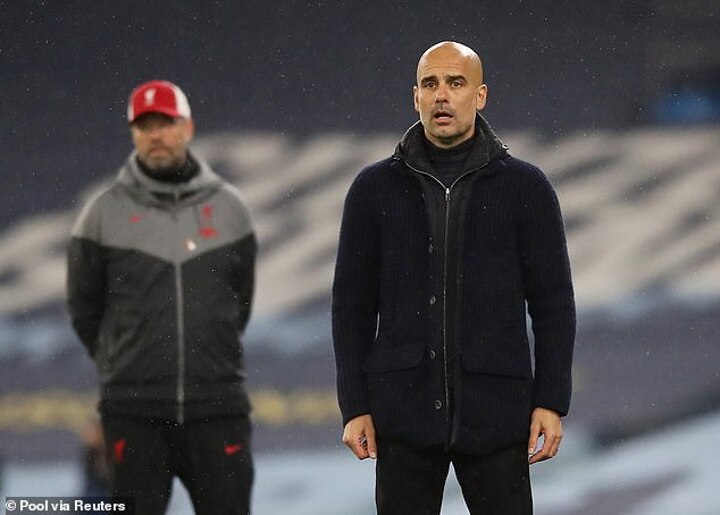 Guardiola’s deal that keeps him at the Etihad until 2023 extends his great rivalry with Klopp that has already seen their teams fight it out in title races, the Champions League and a Wembley cup final. However Klopp says it’s unrealistic to expect an automatic repeat with competition hotting up elsewhere.

‘I’m happy Pep has signed but I’m afraid it won’t be just Guardiola against Klopp over the next few years,’ he said. ‘It looks like Frank Lampard and Chelsea are building a proper team. Man United will not stay without trying and the same with Arsenal. 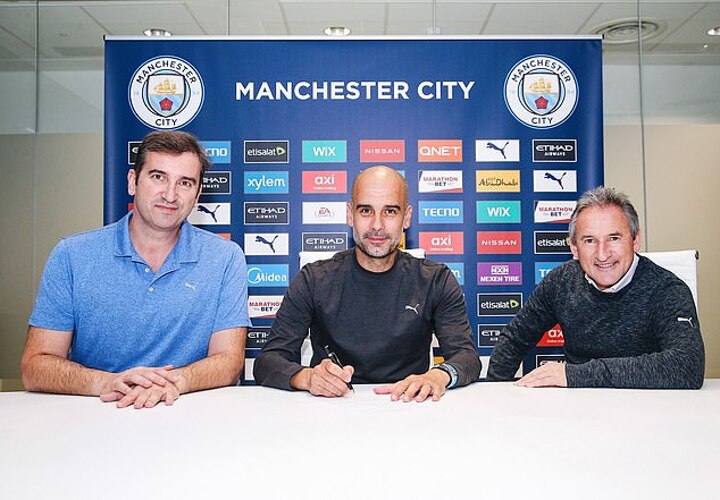 ‘Tottenham look dangerous this year. Leicester are really good — and, 100 per cent, Wolves will not sleep. I watch a lot of football and see the steps other teams make.’

There is support in Germany for Klopp to take their national team job following Joachim Low’s 6-0 humiliation against Spain. But the Liverpool boss, already the Premier League’s second longest-serving manager after five years, couldn’t be more emphatic about the long-term goals at Anfield.

‘Maybe international management in the future but not now because I have a job — a pretty intense job by the way,’ he made clear.

‘I am responsible for a lot of things here so I will not go and search for another challenge. I have enough challenges here already after waking up in the morning.’ 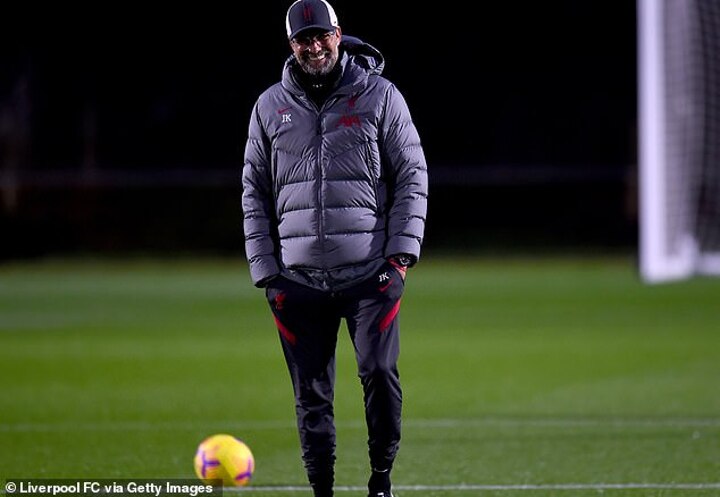 Klopp faces the most difficult injury crisis of his time at Anfield with three of his back-four — Trent Alexander-Arnold, Virgil van Dijk and Joe Gomez — absent alongside skipper Jordan Henderson against Leicester today and Mo Salah unavailable after testing positive for Covid.

Fortunately, Klopp has his lucky charm Joel Matip to partner Fabinho or Nathaniel Phillips at the back to try to stop pacy striker Jamie Vardy.

Matip, 29, hasn’t lost a Premier League game since Swansea away in January 2018 — a run of 41 matches — and Klopp enthused: ‘He’s an unbelievable footballer — it’s why we signed him. He’s been incredible for us and is at the perfect age.

‘Yes, he has been unlucky with different injuries, the last one somebody cut the tendon on a toe.It looks like he’s vulnerable but they are things every player would have had in that situation. Now he is back and hopefully for a long time.’ 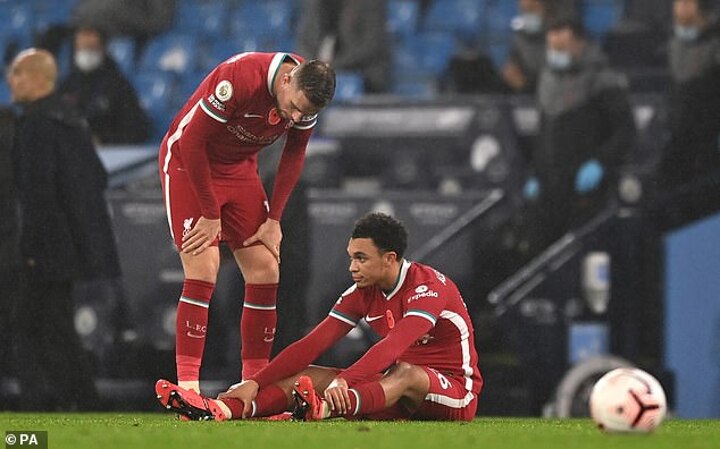 Klopp has been among the strongest critics of restricting substitutions to three rather than five in the Premier League and claims most managers back him.

‘We had this managers’ meeting (on Wednesday) and if we could have voted that day it would have been 15-5 in favour of five subs.

‘But we couldn’t vote because managers aren’t allowed to do that. But it was 11-9 against (being) in favour of three subs and 15-5 in favour of five subs, and now hopefully the deciders can make the next steps.’

Klopp has spoken regularly about the dangers to players’ safety regarding the crowded fixture list in this condensed season.