Manchester United want to get closer to Chelsea and Liverpool - so they are hiring the manager who inspired the world-class coaches of those Premier League clubs. 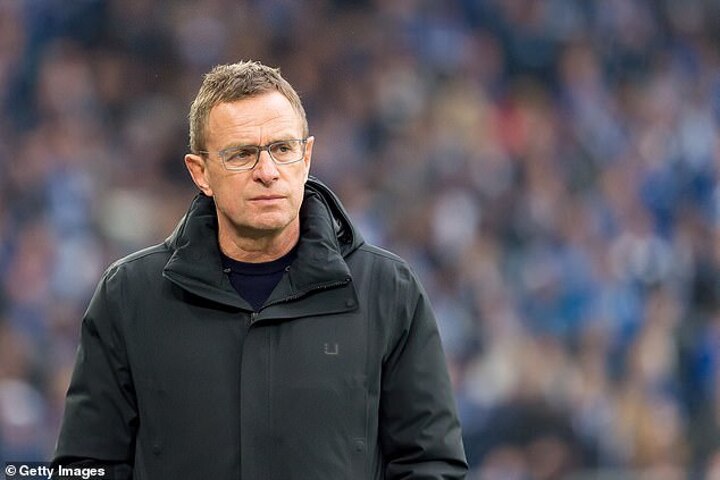 Ralph Rangnick and the Red Devils have reached an agreement for the German to become the club's interim boss until the end of this season after Ole Gunnar Solskjaer's sacking last week.

The 63-year-old, who also has a two-year deal to become a consultant at Old Trafford when his contract ends in May 2022, is known as the 'Godfather of the Gegenpress' and has mentored some of Europe's top managers. 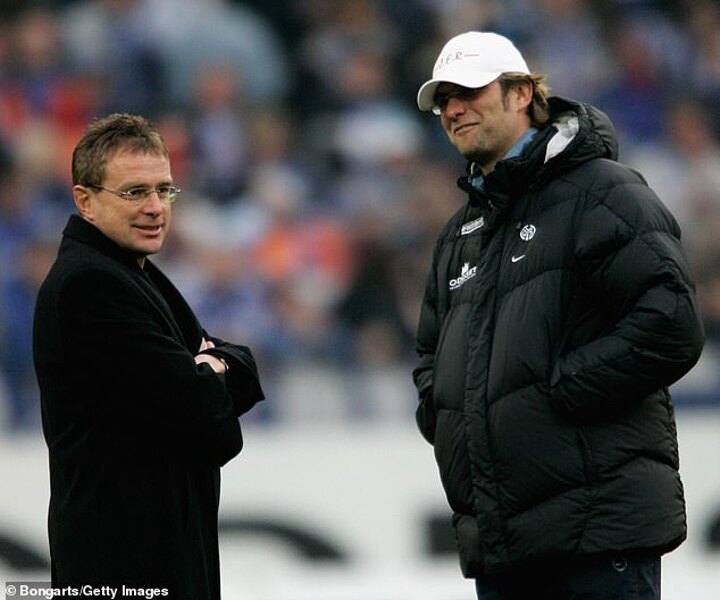 Thomas Tuchel of Chelsea, Bayern Munich's Julian Nagelsmann and Jurgen Klopp of Liverpool have all named Rangnick as a vital influence - and there are comparisons between the latter and Rangnick's style of play.

That is according to the soon-to-be United manager himself, who even used the same 'rock and roll' and 'heavy metal' terminology that Klopp has been using ever since his Borussia Dortmund days.

In an interview with the Coaches Voice in September of this year, Rangnick told up-and-coming coaches: 'Our idea is clear: it's very, very similar to my almost-coaching friend Jurgen Klopp.

'Our football is very heavy metal, rock and roll and it's not slow balls. It's not square passes, back passes. Just having the ball ourselves doesn't make sense.' 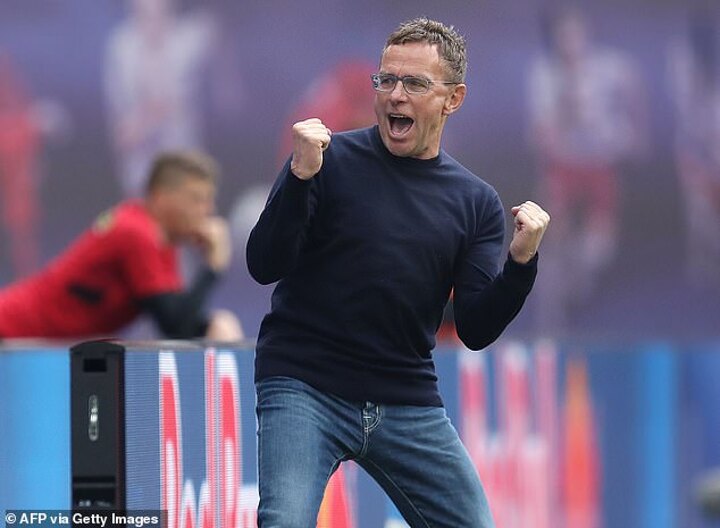 With the ball, Rangnick's teams are fast and aggressive with a lot of forward passing, but without it they are quick to get the ball back and relentless in their pressing game.

In the same interview, he said: 'Supposed myself, Julian Nagelsmann, myself, Ralph Hasenhuttl had informed our players at 12 o'clock at midnight: "We will meet in our training ground in one hour's time. We'd have a meeting in the locker room and then we'd play 2x15 minutes of 11 against 11."

'They would have played - in their sleep - high speed, counter pressing transitional football.'

There is also an important emphasis on set pieces. Ragnick made the observation that 30 per cent of all goals come from deal ball situations, so expect a great deal of focus in this area at Old Trafford between now and the end of the season. 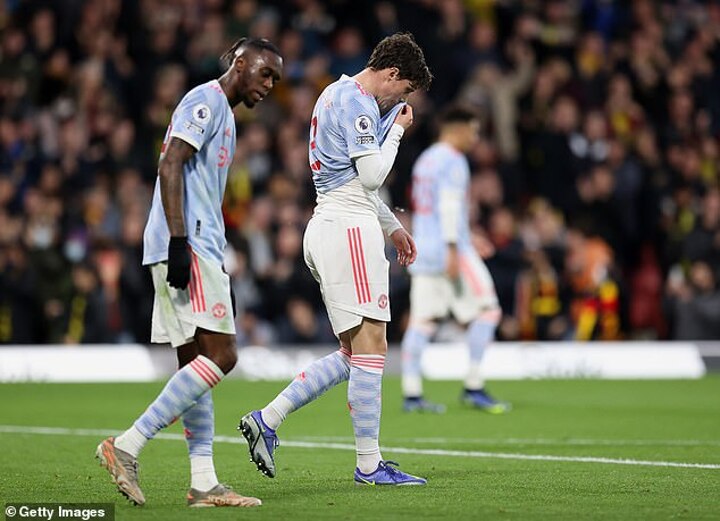 United's fringe players will also feel like they have a second chance to show their worth at Old Trafford, with no stone left unturned with regards to player improvement under the Rangnick regime.

'We see it like a jigsaw with 500 pieces,' he told the Guardian in 2019 and our role is to ensure that we have each piece available to help every player improve. We help every individual in the whole club develop and flourish.'

United stars should expect late night phone calls, as Rangnick keeps producing ideas for players when those he coaches look to settle into bed - and deciding not to run in training is never an option under the German.

Rangnick's list of mentees is very impressive but his own influences include ones from England. Sportsmail revealed this week that the German has long held a desire to manage in the Premier League and there is a reason why.

His love for football was accelerated during a university year abroad placement at Sussex University, in the middle of his time studying English and PE in Stuttgart. 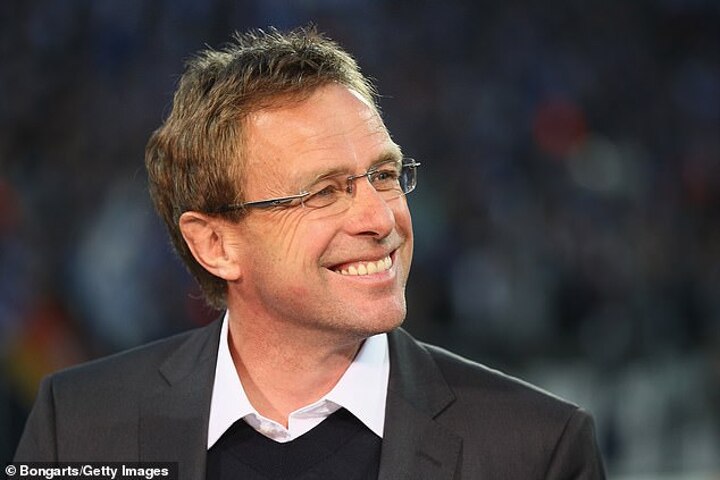 Rangnick became engrained in English culture, featuring nearly a dozen times for non-league club Southwick FC, while he also admired the humour of the fans at Brighton's 4-1 defeat to Liverpool at the Goldstone Ground.

'The most important thing for me was the amount of coaching we did on the pitch,' he told the Guardian when asked about his time at Southwick. 'We always spurred each other on, coaching among ourselves or motivating each other. That was inspirational for me.'

But his first experiences of coaching came in his earlier years. At the age of six, he told ten-year-olds how to play and improve, while he improved the Stuttgart football training regimes - despite being just a student there.

In 1983, the German then made his first ventures into senior coaching at just 25 years old - a very similar move to current Bayern manager Naglesmann who made his dugout debut at 28, though Rangnick was, as always, ahead of the curve.

His hands-on approach was clear to see in his first role at hometown FC Viktoria Backnang, where he banned smoking from two hours before kick-off, introduced warm downs and took away matchday beers when he was not impressed. 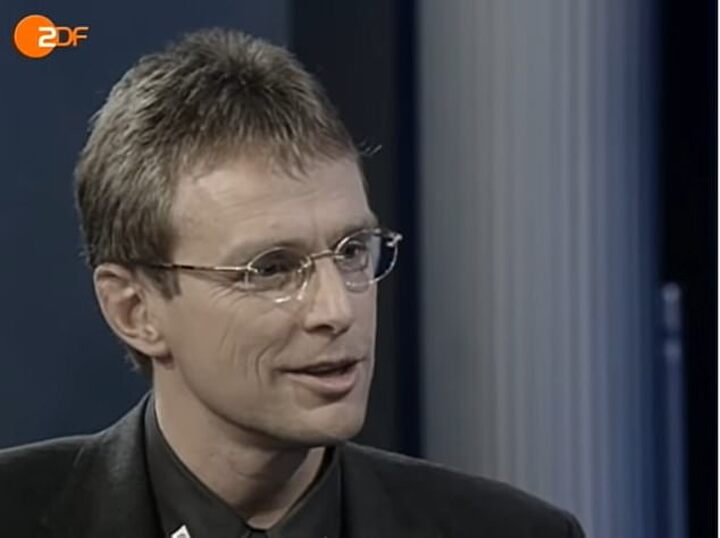 He was just days into his forties when he started lecturing German audiences about the game, with well-established programme 'Das Aktuelle Sportstudio' listening with open ears in what would be accurate predictions about the future.

It was 1997 - nearly a quarter of a century ago - when terms like zonal marking and organised pressing - were appearing from his mouth. English football has only started listening when the likes of Klopp and Pep Guardiola took their style of play to England's top-flight.

And these philosophies have propped up a career that has been very successful.

Just before his interview on German TV, he had taken minnows Ulm into the country's second division. Rangnick then took relegation-threatened Stuttgart from around the drop zone to eighth-place in the space of a single Bundesliga season. 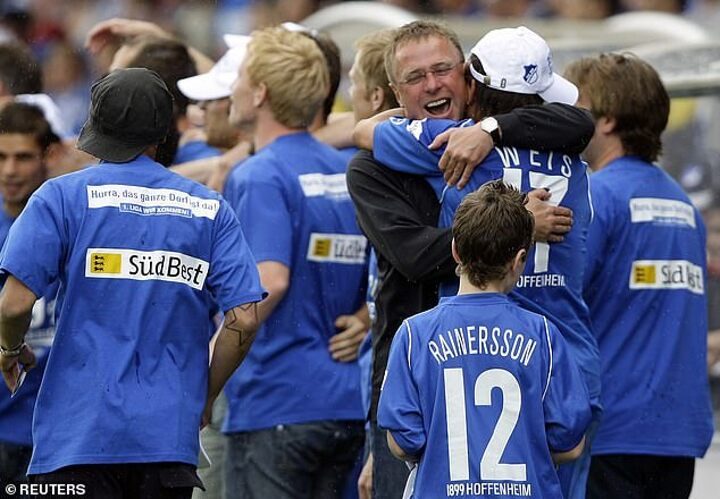 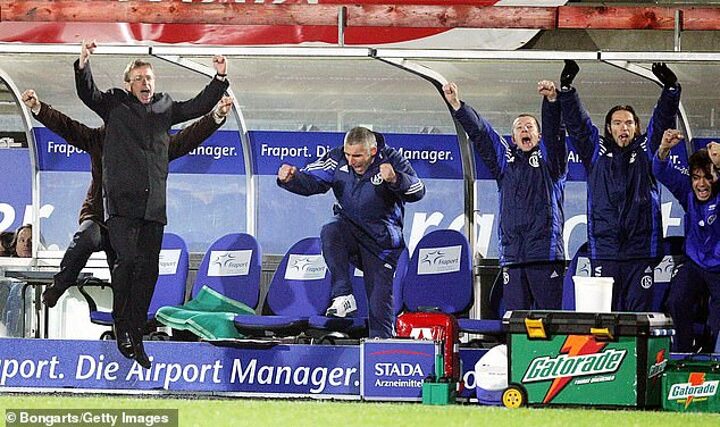 He then got promotion to the German top-flight with Hannover 96 and finished as Bundesliga runners-up with Schalke in his next job, winning the German Cup in that same stint.

Rangnick was crucial to the Hoffenheim we know today, taking the club into the German second division for the first time in their history, while he also took the then-minnow to two German Cup quarter-finals.

The 63-year-old then set the tone for the likes of Nagelsmann and Hasenhuttl to lead RB Leipzig by taking short-term stints before the pair took over.

And his coaching abilities are well-known to those in the English game. Rangnick got to the final two to take over as England boss before Sam Allardyce took the job for one game, while he has also been close to getting the Chelsea and the Everton job. 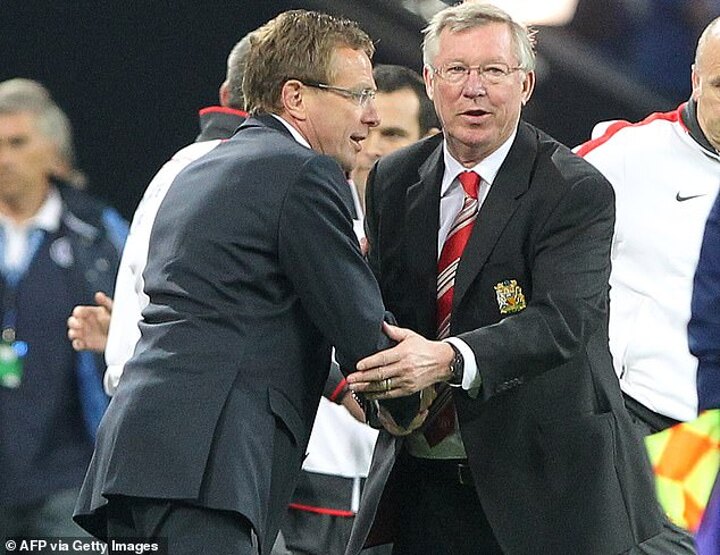 Rangnick also has a view for the bigger picture, having taken director of football roles at Leipzig and Lokomotiv Moscow - who he is leaving for the Manchester United post.

Players such as Luiz Gustavo and Demba Ba were turned from unknown figurines to top-flight talent, while his director of football roles for Red Bull's clubs saw him take on cases such as Sadio Mane and Timo Werner.

Football director Murtough visited Rangnick's Lepizig to look at the German club's facilities in an eight-hour meeting between the sport supremos.

Tasked with looking at the overall quality of the squad, as well as knowledge of how the transfer window operates, is a key quality which means he is a good long-term option even though he will take the team for six months and is 63.