Jurgen Klopp says Liverpool will face no inferiority complex when they meet the "best team in the world" in Manchester City on Sunday afternoon. 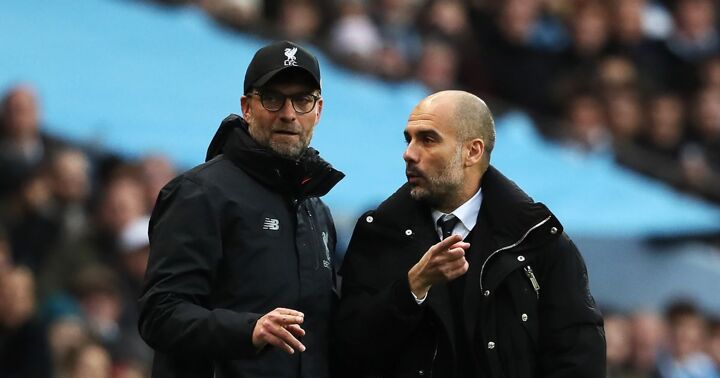 Klopp thinks his team are more than capable of going toe-to-toe with Guardiola's charges, but says the league title will be far from secure with victory, as the international break approaches.

"It depends on what you want to judge, are we capable of beating the best team in the world? Yes, we are," Klopp said.

"That makes us capable in moments to play the best team and beat them, so that is possible, but I think on a completely normal day, they are still a step ahead. That is how it is.

"To compare with Pep, it is easy to understand what I say and with my team, I don't want to make us smaller than we are because we are incredible in moments, really incredible, but we still have a lot of space for improvement.

"It is not too important what you are in this moment but what you can be in the future, but you have to use everything. We all ask for that and it is necessary. Keep a performance level and then we make the next step. That is what we do in life and in football.

"It doesn't make us smaller, we want to beat Man City. We know how difficult it will be but we want to beat them. We have no excuses before the game, it is only what I said, it should not be an excuse."

Liverpool will break for the international round of fixtures having played the rest of last season's top six and it's been an impressive run of form against their closest rivals in the first third of the campaign.

The Champions League holders have picked up 10 points from 12 in games with Arsenal, Tottenham, Manchester United and Chelsea, while City's 2-2 draw with Spurs in August remains their only fixture against the same clubs this term.

City are also yet to play a team in the top six of the Premier League this current campaign, but Klopp is uninterested by the run of games for the Reds' title rivals.

Klopp added: "We have never thought about the fixtures of other teams. OK, now we analyse it and I haven't seen many other games [from other teams], it is a very important game but we know that. We always speak about things like this.

"It could be three [points], six or nine, whatever. None of these facts make [the league] finished at this moment. It is just three, six or nine, bam! But then we play football games and we will have problems that is clear.

"How do we deal with them? It is only for people I imagine who don't play the game. One says things, the other says they have slipped and it is all crazy, that is all clear already what people will say. It is not important for us.

"We are fully focused on this opponent and then make sure they come back all healthy from the international break and then go to Crystal Palace as it is the most important game of the year, because that what is actually is.

"It is not really that we are creating stories before it happens because that is not important. We want to win it but if we win it, it does not mean we are already champions.

"If we lose it, do we not have a chance anymore? No. But we don't have to think about that we just try to win the game. Each step we do between now has to lead in the direction to be ready for this game and that is what we try."