Before now you'd have been hard-pressed to find two consecutive games where Liverpool were gifted with a week-long break in between. 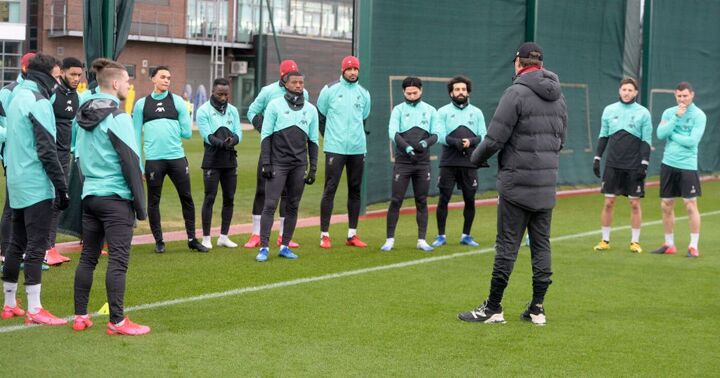 Indeed, international breaks aside, that hasn't happened for the Reds since the very start of the season where they had seven days to prepare between Southampton and Arsenal and then Arsenal and Burnley the following week.

Those matches all took place back in August and make up three of Liverpool's first four Premier League games this term.

Players were allowed to have time resting, relaxing and recharging in the first week of the break before returning to Melwood on Monday to begin preparations for the Canaries.

Manager Jurgen Klopp explained that it was "his dream" to have a full week to prepare for a game but clearly with the amount of matches Liverpool have had to play and the lack of time in between almost all of them - he has not been able to fulfill this wish.

"The dream of a manager is to have a full week to prepare for a game," the German boss said.

"You are then able to have intensity in training sessions that you usually cannot have.

"Normally the most intense session is the game in a training week.

"All the rest would be technical stuff, that is very important but never at the highest intensity.

"It is now exactly the other way around, and we have used the week to train hard. We trained a lot.

"We got the rhythm back on Monday and since then the quality has been really good in training.

"When you're always playing and playing and playing, it's not that we don't enjoy it - we enjoy it a lot, but to do something else for one week it's nice coming back and you're looking forward to the next game like you haven't played for the last half a year.

"That's really nice and hopefully we can see that against Norwich."

If the Reds put in a statement performance and come away from Carrow Road with a resounding victory it would go some way to explaining Klopp's insistence on having a winter break and that his players take full advantage of it.

Should Liverpool turn out in full force too, it will no doubt send a message to the rest of Europe and the Premier League that this break has revitalised the best team on earth to carry on their three-pronged trophy attack at full tilt.

And, in essence then, Klopp's dream of having a week-long break to prepare may see him fulfil Liverpool's dreams of a historic treble.