Asked about transfer target and countryman Memphis Depay, Barça head coach Ronald Koeman said the LaLiga giants are not currently in a position to buy. 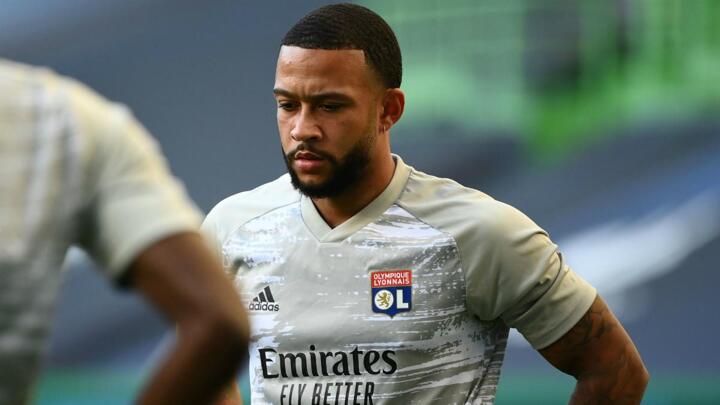 Barcelona must sell before they can buy Lyon captain Memphis Depay, says Blaugrana head coach Ronald Koeman, who expects to start the LaLiga season with no additions to the squad.

Depay has been tipped to reunite with former Netherlands coach Koeman at Barça following his exploits for Ligue 1 outfit and Champions League semi-finalists Lyon.

"For Depay to arrive, you must first sell"

However, Lyon president Jean-Michel Aulas – prior to Tuesday's 2-1 loss against Montpellier – claimed Barça cannot afford to buy Depay due to their finances amid the coronavirus crisis.

Koeman, who has replaced Quique Setién at Camp Nou, was asked about former Manchester United forward Depay amid talk of a 25-million-euro transfer and he told Fox Sports Netherlands: "For Depay to arrive, you must first sell."

Barça have been linked with a number of players following a miserable 2019-20 campaign, which saw the Spanish powerhouse dethroned by bitter rivals Real Madrid in LaLiga and embarrassed 8-2 by Bayern Munich in the Champions League quarter-finals.

After receiving Miralem Pjanic in a swap deal that sent Arthur to Serie A champions Juventus, Barça continue to be linked with Inter star Lautaro Martínez.

Liverpool midfielder Georginio Wijnaldum has emerged as a possible target for Barça, while former star Thiago Alcantara has also been linked with a move from Bayern.

However, Koeman said: "We're working towards the new season and I think we will go into it with the same group of players that we have now for pre-season."

Barça will open their 2020-21 LaLiga campaign at home to Unai Emery's Villarreal on 26 September.

Koeman on Messi: "We will continue as usual"

Lionel Messi is set to take to the field for Barça following a turbulent off-season, which saw the superstar captain try to leave the club.

Linked to Manchester City, Paris Saint-Germain, Inter and Juventus, six-time Ballon d'Or winner Messi decided to stay after handing in a transfer request amid frustration with Barça's board.

Asked about the situation involving Messi, former Barça defender Koeman added: "That has passed me reasonably well. That was mainly a conflict between Messi and the club.

"I have spoken to Messi since then and we will continue as usual."