Partick Bamford has been left bemused by his FIFA 22 rating after Raphinha scored the honour of being ranked as Leeds United's best player. 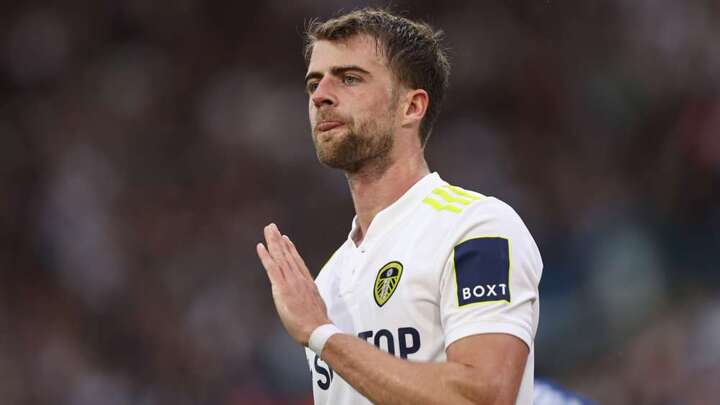 The FIFA Ratings Collective have started announcing statistics for the latest version of the game ahead of the official launch on October 1.

Several members of the Leeds squad have received upgrades following the club's impressive first season in the Premier League, including Bamford, but he has indicated that he is still not satisfied with his ranking.

Bamford was only rated at 71 in FIFA 21, but he has now been bumped up to 78 after netting 17 goals in 37 top-flight appearances last term.

However, the 28-year-old is only joint-fourth in the overall player rankings at Leeds alongside Jack Harrison and Junior Firpo, with strike partner Rodrigo at 79, Kalvin Phillips getting an 81 grade and Brazilian winger Raphinha coming in at 82.

Bamford took to social media to vent his frustration, quoting the club's official press release on Twitter with the caption:

Raphinha may be the highest-rated player at Leeds, but he hasn't made the Premier League's overall top 10 list which is headed by Manchester United's returning talisman Cristiano Ronaldo and Manchester City playmaker Kevin De Bruyne - who have both been graded at 91.

Tottenham's Harry Kane and Chelsea midfielder N'Golo Kante are at 90, with the former's team-mate Son Heung-min and Liverpool duo Mohamed Salah and Virgil van Dijk just below with ratings of 89.