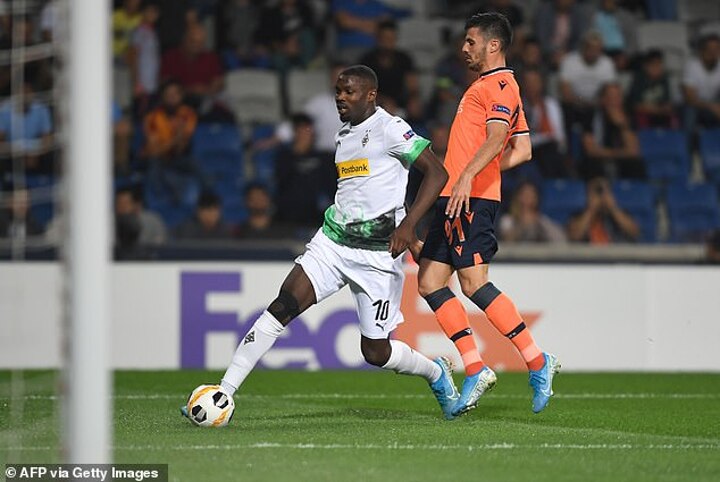 Another youngster looking to follow in his father's footsteps is Borussia Monchengladbach forward Marcus Thuram.

Son of World Cup winner Lilian, the 22-year-old has hit the ground running following his move to Germany in the summer.

As well as winning the pinnacle prize in international football, former defender Thuram won 11 other trophies, including two Serie A titles and the UEFA Cup. He is also France's most-capped player with 142 to his name.

Monchengladbach sporting director Max Eberl told the club's website following Marcus Thuram's arrival in July: 'He is a fast, robust and dangerous attacker who fits into our squad well.

'We're confident that he will make his mark in the Bundesliga.'

And Thuram has, in fact, started to make a name for himself as Monchengladbach have risen to the summit of the German top flight.

Replacing Thorgan Hazard as Monchengladbach's No 10 after signing from French outfit Guingamp, Thuram has scored four goals and supplied two assists in 10 appearances so far this campaign.

Hazard found the net on 13 occasions and provided 12 assists in 35 matches for Monchengladbach last season but Thuram, who made his debut for Sochaux aged just 17, seems to be filling the void left by Eden Hazard's brother. 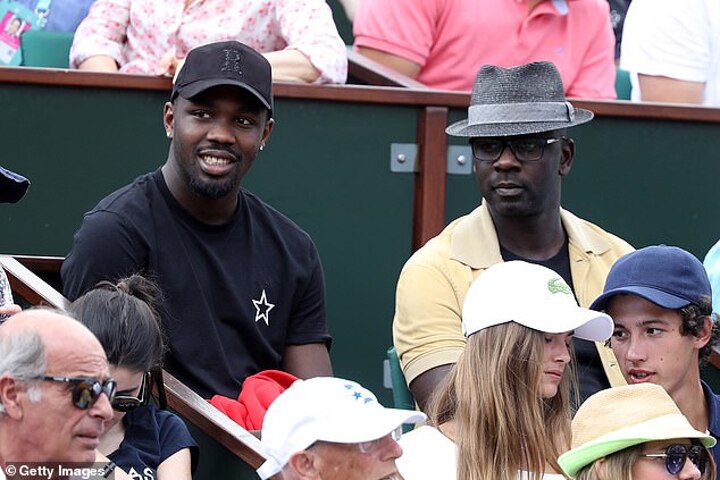 Monchengladbach boss Marco Rose has deployed Thuram as a left winger and as a part of a front two this season as they have lost just one league game.

The attacker announced himself on the Bundesliga stage and to the Monchengladbach fans with a quick-fire double in the derby clash against Fortuna Dusseldorf last month.

Monchengladbach were trailing 1-0 until the introduction of Thuram in the 67th minute.

Within seven minutes Thuram had notched the equaliser and by the 87th minute the turnaround was complete as Thuram scored the winner.

Last season he bagged nine goals in 31 matches while plying his trade at Guingamp - almost a third of the side's goals for the whole campaign.

Thuram, who has represented France Under 21s five times, has already shown that he can handle pressure.

When Guingamp recorded their famous cup win over Paris Saint-Germain during the 2018-19 season Thuram shouldered the responsibility when they were awarded a penalty in stoppage time with the game locked at 1-1. 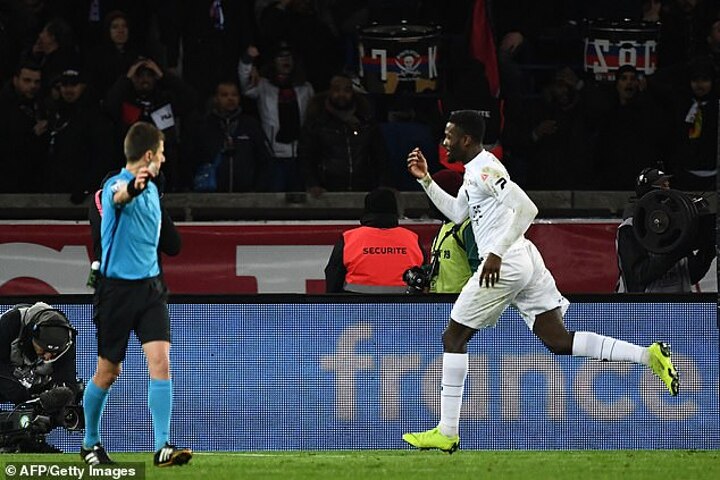 Despite missing a spot-kick earlier on in the match Thuram stepped up, remained calm and slotted the ball home.

After reaching the semi-finals of this year's European U21 Championship in Italy with France, Thuram, who has the same agent as World Cup winner Paul Pogba in Mino Raiola, will be looking to break into the senior team.

With the likes of Kylian Mbappe, Antoine Griezmann, Thomas Lemar and Kingsley Coman in their forward ranks it will be no mean feat.

Although Thuram is heading down the right path to be able to follow in the footsteps of his father and France legend Lilian.