The boots Lionel Messi wore as he scored his 644th goal for Barcelona, a record for goals for one club, have been put up for auction in order to raise money for charity. 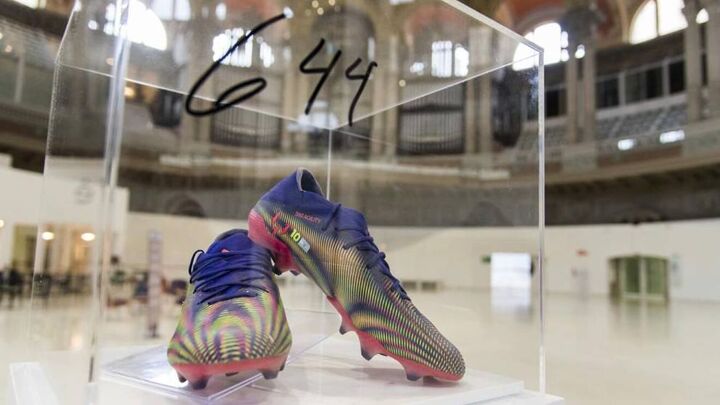 Initially Messi had donated the boots to the Museu Nacional d'Art de Catalunya (MNAC), but they have since decided to auction them off in with the proceeds being donated to the Arts and Health Project of the Vall Hebron University Hospital in Barcelona.

"Achieving the record of 644 goals for the same club made me very happy," Messi said of the auction, "but the most important thing is being able to give something back to all the kids fighting for their health.

"We hope this auction serves to really raise awareness about this great initiative and I would like to thank all for supporting a cause so important to me."

Real Valladolid were Messi's opponents when he bagged his 644th goal for Barcelona in the 65th minute on December 22, 2020, overtaking Pele's 643 goals which he scored for Santos.

"Christie's satisfaction for having chosen Lionel Messi and MNAC to be able to carry out this charity auction," Christie's representative in Spain, Maria Garcia Yelo said.

"This pair of football boots will arouse an enormous amount of interest and will attract bidders from all around the world."

The Adidas Nemeziz Messi 19.1 boots are both signed by Messi himself, and have the original customisation, though it is now peeling off, of 'Antonela Roccuzzo' (Messi's wife) and the dates of birth of 'Thiago, Mateo and Ciro' (Messi's three sons)

They will also come with a certificate of authenticity and are expected to fetch between 60,000-80,000 euros.