Premier League chief executive Richard Masters has claimed Liverpool supporters' celebrations of their title triumph 'got out of hand'. 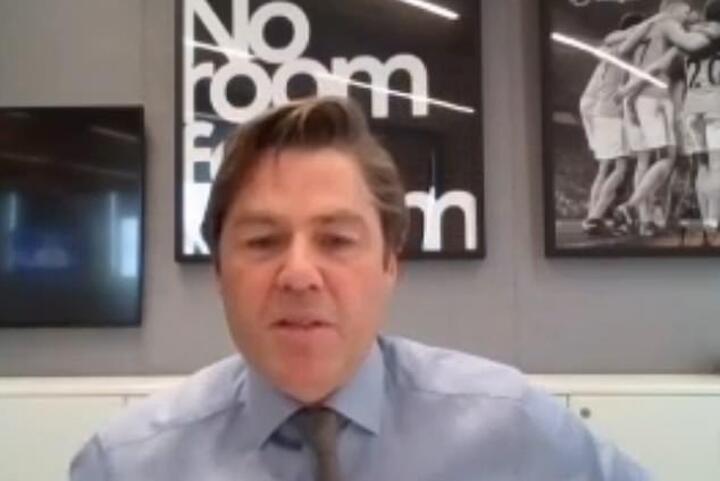 But he did refuse to take responsibility for the incidents on the part of football, claiming it was down to individuals after a huge gathering of fans at Anfield and in the city centre.

The celebrations at the ground did not cause much of an issue but there was condemnation of those in the city centre on Friday – with the iconic Liver Building set alight by fireworks released by the fans. 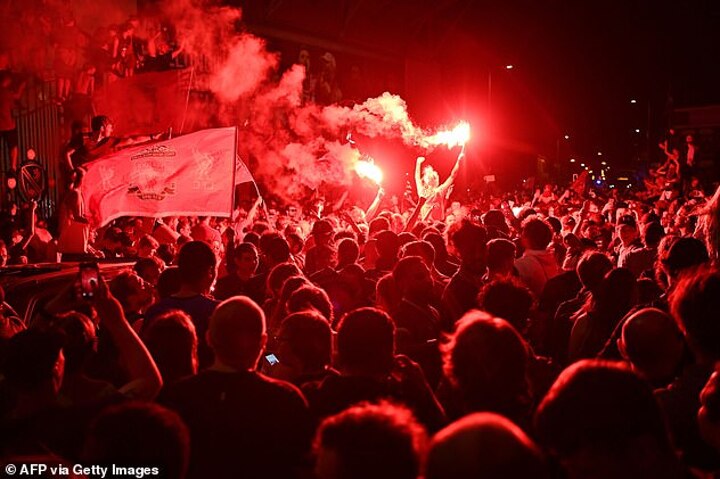 It is unclear when Liverpool might be presented with the title, which could cause more gatherings, but when asked about the incidents Masters compared them to large gatherings at beaches and the ongoing street parties.

'What happened that night is regrettable,' Masters said, when asked about the events last Friday. 'It was wrong.

'In the end, we are not in control of individuals' actions and it is possible to celebrate with social distancing. Maybe lots of those people left their homes that night with the intention of doing very much that.

'It obviously got out of hand, in the same way we have seen gatherings on beaches, street parties and all these sort of things going on in wider society. So I see it pretty much as an extension of that – individuals have to take responsibility for their own actions.' 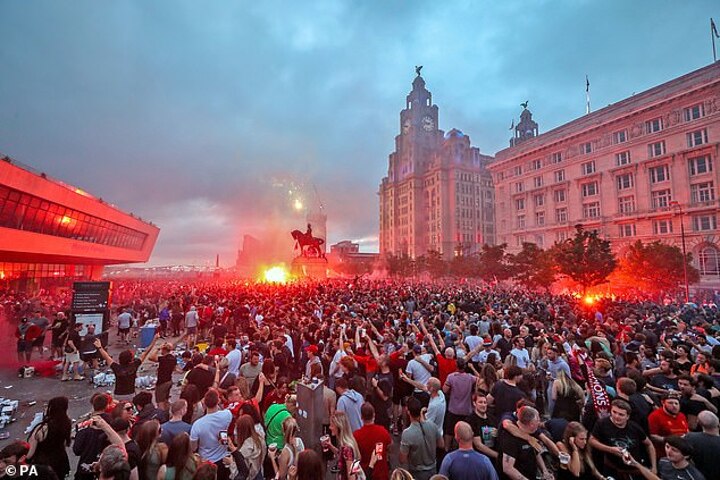 'Obviously we are in constant dialogue with all of our clubs over these issues, constantly reminding of everyone's responsibilities,' he added.

'We know they take those responsibilities very seriously and, given Liverpool's particularly position in the city and the sensitivity around the fact that they were so near to winning the league, I think Liverpool have played a strong part in trying to discourage the very things that have happened.

'In the end, individuals have to take responsibility for things that have happened.'

The Reds were crowned league champions for the first time in 30 years last Thursday when Manchester City were beaten by Chelsea. It sparked scenes of jubilation all over Liverpool, with fans celebrating together into the early hours of Friday.

Supporters had been told to stay at home and adhere to the government's social-distancing guidelines amid the coronavirus pandemic, but those warnings were ignored by large numbers of fans as trouble broke out.

The celebrations stretched into Friday evening, with chaotic scenes around Pier Head where missiles were thrown at police during scuffles with officers. A total of 15 people were arrested.

Mayor of Liverpool, Joe Anderson, claimed that 300 fans had fought with police for over two hours on Friday evening, while the streets were left littered with rubbish the following morning.

A 19-year-old man was also arrested on suspicion of arson after fireworks were launched at the Liver Building - now the city HQ of bitter rivals Everton - which caused £10,000 of damage. 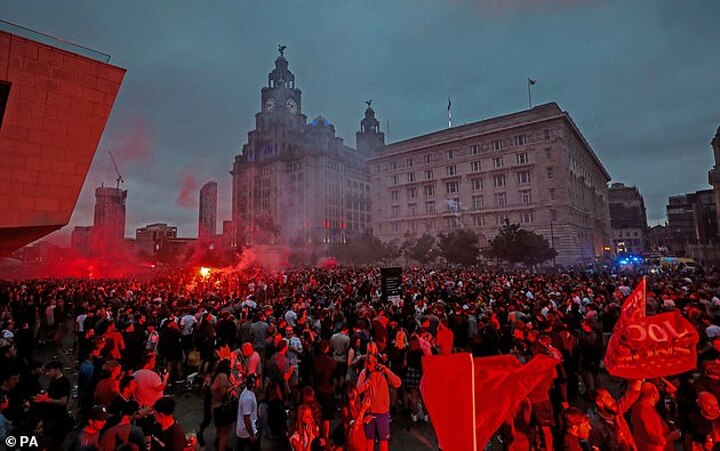 Steve Brine MP, a member of the DCMS committee, believes Klopp and his players fuelled the wild celebrations with their own party on Thursday night when they were crowned champions.

He said: 'It's all very well Klopp saying this now. It's a bit like closing the door after the horse has bolted, isn't it? Filming yourselves on Instagram, hugging each other, what do you expect your fans to do? I don't blame the fans entirely.

'Their football team won the league. Their players and their manager should've shown more leadership and now to write open letters decrying it, the saintly Klopp doesn't look so good today.'

'People were always going to behave this way. So, if you wanted to avoid these scenes, you should have avoided restarting the Premier League until such time as we could accept those scenes.' 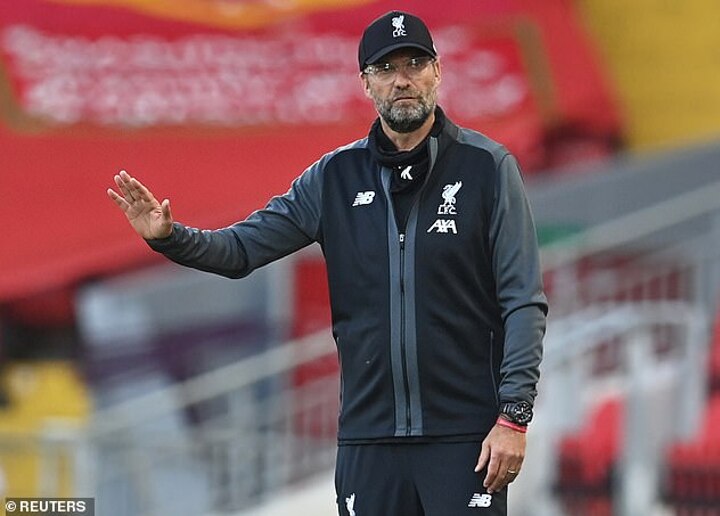 On Monday, Liverpool manager Klopp condemned the behaviour of some supporters in an open letter published in The Liverpool Echo, writing: 'What I did not love – and I have to say this – was the scenes that took place at the Pier Head on Friday.

'I am a human being and your passion is also my passion but right now the most important thing is that we do not have these kind of public gatherings.

'We owe it to the most vulnerable in our community, to the health workers who have given so much and whom we have applauded and to the police and local authorities who help us as a club not to do this.

'Please - celebrate - but celebrate in a safe way and in private settings, whereby we do not risk spreading this awful disease further in our community.

'If things were different I would love nothing more than to celebrate together, to have a parade that would be even bigger than the one after we won the Champions League last year, so that we could all share this special moment but it just is not possible.

'We have all done so much to fight COVID-19 and this effort cannot go to waste. We owe it to ourselves and each other to do what is right and at this moment that means being together and being there for one another by being apart.'

Liverpool had earlier put out a joint statement with police and the council in which they condemned supporters failing to abide by social-distancing rules.