Liverpool goalkeeping coach John Achterberg has provided an update on the fitness progress of Alisson. 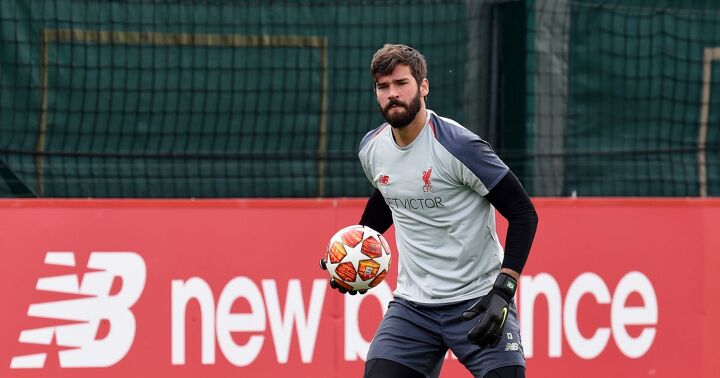 The Brazil shot-stopper suffered a calf injury in the Reds' opening game of the season against Norwich.

"Ali has been working with Dave [Rydings] in the gym a lot to improve the strength and try to keep the fitness levels up.

"In the last few days he has been out on the pitch to do some catching and footwork, as well as small passing drills.

"He has made steady progress, but it is difficult to say how long it will take or how it will progress.

"It needs time and we cannot look too far ahead, so we take each day as it comes, see how he feels, and then make progress from that."

The No.1 has been working at Melwood throughout the international break with a specially tailored rehabilitation programme in place.

Achterberg also praised Adrian for the job he has done covering for Alisson in the UEFA Goalkeeper of the Year's absence.

He said: "He has done really well. Obviously he needed to adapt to the way we play, with wanting him to play out, but he's done good and picked everything up.

"We couldn't be any happier with how it's gone. He is a really nice guy, he is always positive and good to talk to. He helps the other goalies by talking with them, so it's going well. He fits in really well with the group, which is important.

"It is really difficult for anyone to replace Ali, especially when you've not had a chance to settle and pick everything up. He had to be straight in after maybe four or five sessions. Then we had two more sessions, played the Super Cup final and then he got the injury, so there was not a lot of time to do extra training.

"Coming to Liverpool, there are high expectations but he has dealt with them really well. He has stayed calm and relaxed and shown a positive, confident manner, which helps the team a lot."