The forward risks missing the Reds' final, decisive matches of the season after going down at Wembley 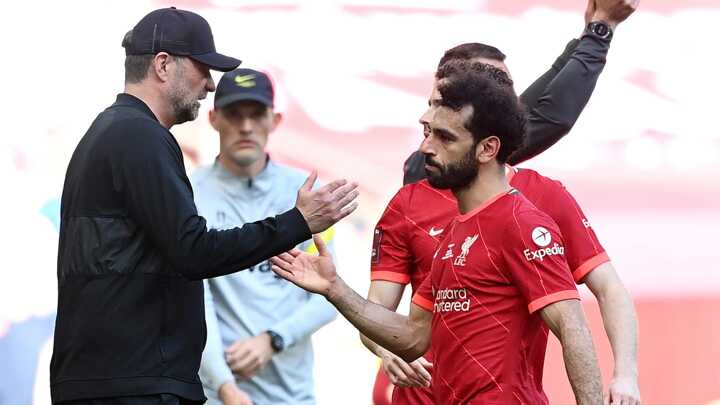 Liverpool were dealt a first-half blow in the FA Cup final when Mohamed Salah was forced off through injury.

The Egypt star lasted just over half an hour of Saturday's clash with Chelsea at Wembley before his withdrawal.

And his side will hope no serious damage has been done at a crucial juncture in the season as Liverpool chase Manchester City in the Premier League title race and prepare to face Real Madrid in the Champions League final.

What happened to Salah?

The final at Wembley was poised at 0-0 after 30 minutes when Salah went down in pain.

The forward looked in significant discomfort and it quickly became apparent that he would play no further part in the final.

Diogo Jota was sent on in his stead, while Liverpool now face a nervous wait to discover the extent of his injury.

How important is Salah to Liverpool's plans?

Salah has been in spectacular form this season for the Reds, netting 30 goals in all competitions to spearhead their trophy pursuit on four fronts.

As well as the FA Cup, Liverpool will hope he is not ruled out for three further decisive encounters they face in 2021-22.

On Tuesday, Jurgen Klopp's men take on Southampton in a must-win Premier League match, before closing out their campaign at home to Wolves next weekend.

On May 28, meanwhile, Real Madrid lie in wait in the Champions League final in Paris.