Atlético Madrid coach Diego Simeone backed Luis Suárez, who is yet to score in the Champions League this season. 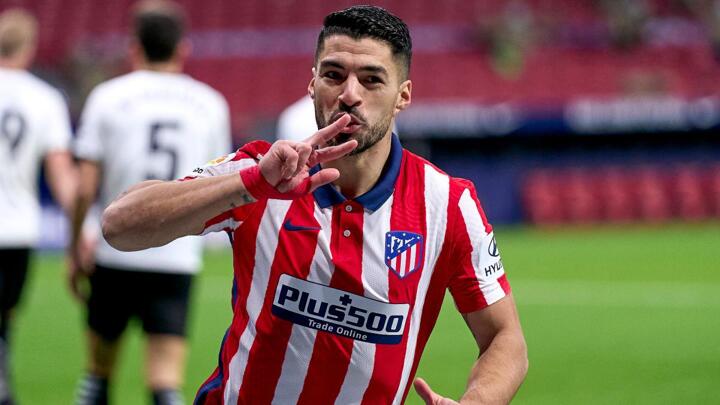 Diego Simeone hopes Luis Suárez can use his goalscoring "gift" when Atlético Madrid face Chelsea in the Champions League on Tuesday.

Suárez to gun down Chelsea

Suárez is enjoying a fine season with Atlético, scoring 16 goals in 24 games in all competitions since joining from Barcelona.

However, he is without a goal or assist in four Champions League games this season. He has scored in each of his previous seven campaigns in the competition.

Atlético coach Simeone said the Uruguayan provided his team with a huge boost.

"For all competitions, not only the Champions League, Luis' presence generates hierarchy, generates confidence in our team and obviously a lot of attention in rivals because history joins a footballer that has a strong gift regarding his relationship with the goal," he told a news conference on Monday.

"So, I hope tomorrow we can play a good match as a team. And I insist about Chelsea, it is a great team and the new manager, who is very good, is making Chelsea play even better."

Due to coronavirus restrictions, the first leg of the last-16 tie will be played at the National Arena in Bucharest.

Simeone is wary of Chelsea, who are unbeaten in their seven games since Thomas Tuchel took over in January.

"We respect all opinions and we listen to everyone, but tomorrow we are facing a great team and the tie is very even," he said.

"We have been at the club for a long time and all of you know how we work – game by game and do our job."