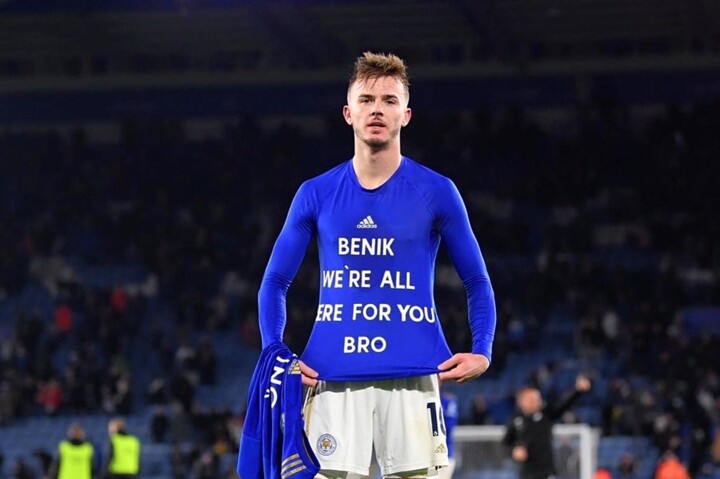 Bristol City player Afobe, 26, announced previously that his daughter Amora had passed away from a severe infection.

Responding to the shock news, Foxes midfielder Maddison took off his shirt after the late winning goal against Everton to reveal a heartfelt message.

It read: "Benik we're all here for you bro." 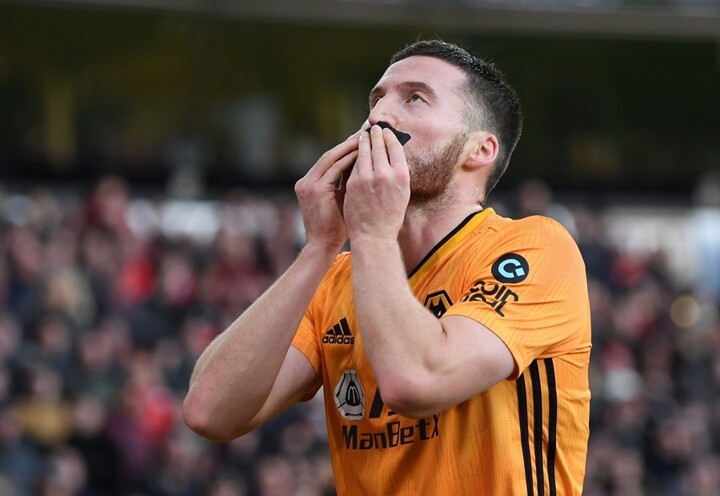 The England ace's tribute came after Matt Doherty kissed a black armband worn to honour Amora and held it to the sky after he scored for Wolves on Sunday.

A former Wolves player, Afobe received hundreds of condolence messages on social media from ex-colleagues, friends in the game and fans. 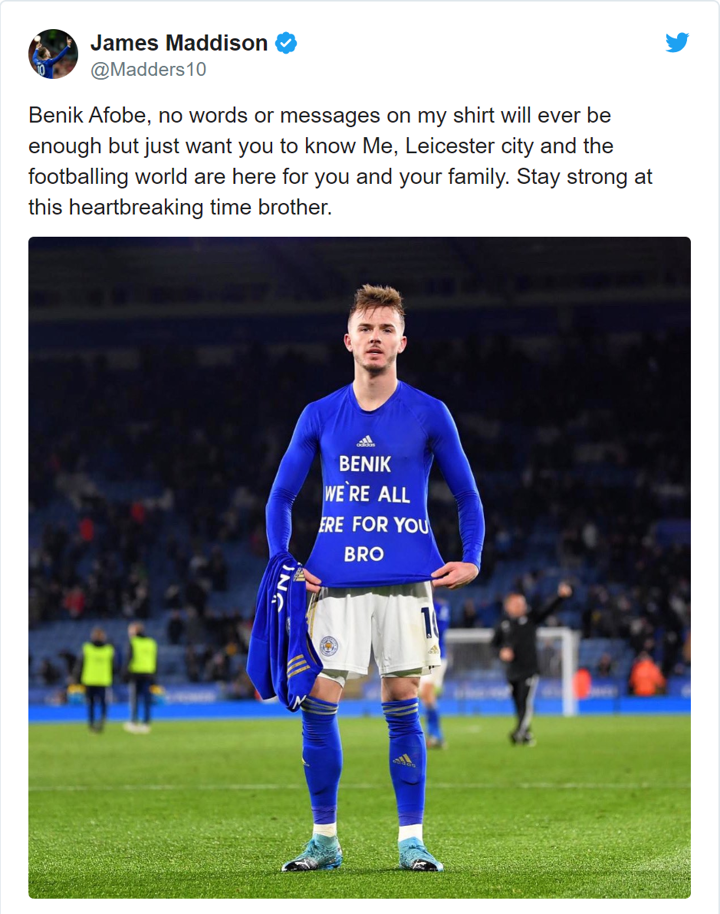 Writing on Twitter after Leicester's win, Maddison posted: "Benik Afobe, no words or messages on my shirt will ever be enough but just want you to know me, Leicester City and the footballing world are here for you and your family.

It isn't the first kind gesture Maddison has made while on a football pitch, the 23-year-old donning special boots in tribute to a young fan who died from cancer at the age of just five earlier in the year.