Tony Book, the former Manchester City manager and captain, is climbing the steps of the footbridge that links the club's academy and the Etihad Stadium. 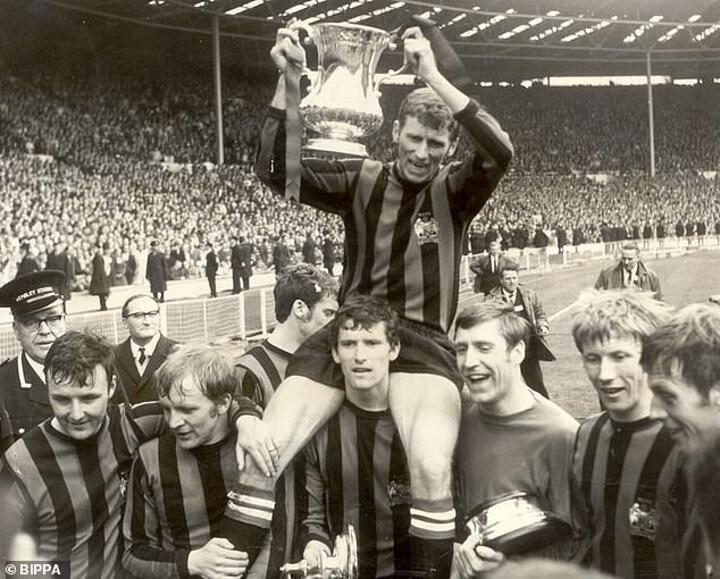 It evokes a memory which has survived exactly half a century, from the day he raised the FA Cup of 1969 after a 1-0 victory over Leicester City.

'Some memories have faded, and it's more the footage you recall,' says the 84-year-old. 'But I will never forget climbing those Wembley steps. Why? Because it was hard work! I remember the relief just getting to the top.' 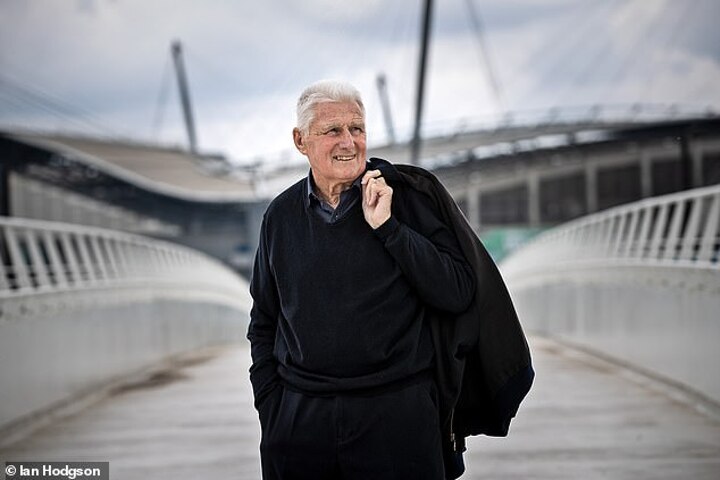 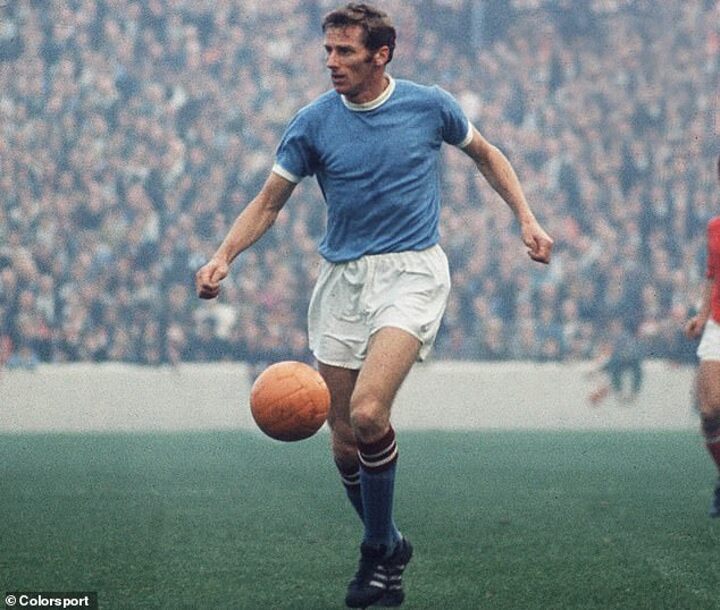 That arduous ascent is, we agree, the perfect analogy for his own remarkable journey - from laying bricks to lifting the FA Cup within a few years.

That is what happened to Book, signing for City in 1966 aged 31, less than two years after turning out for non-League Bath City, his hometown.

He had spent part of his childhood in India, 'playing barefoot in the street with a ball of rags and shooting snakes with a catapult', while his father served in the British Army.

So, it was against all odds that Book would become the leader of City's greatest side prior to the current vintage; a First Division title, FA Cup, League Cup and European Cup-Winners' Cup were all won in a heady two-year period between 1968 and 1970, during which the likes of Colin Bell, Francis Lee and Mike Summerbee starred.

Then, as manager, Book finished second in the top flight in 1977, missing out on the title by a point. The winners? Liverpool. This season's Premier League reversal felt sweet.

'I was always hoping we'd beat them by one point,' says Book, now City's honorary president. 'I loved that… revenge!' 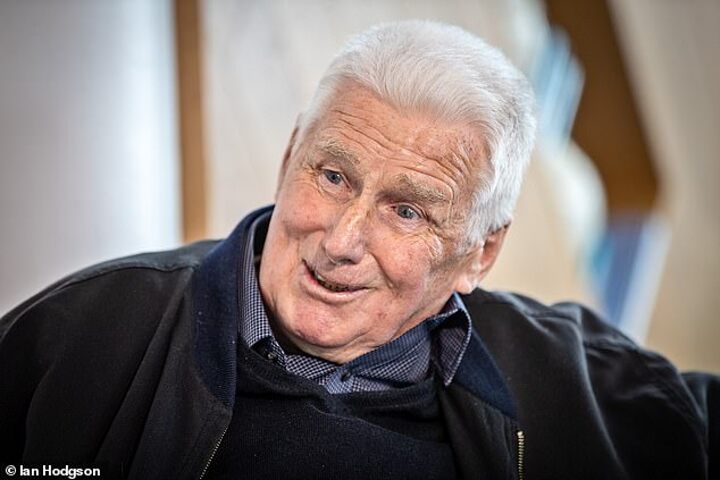 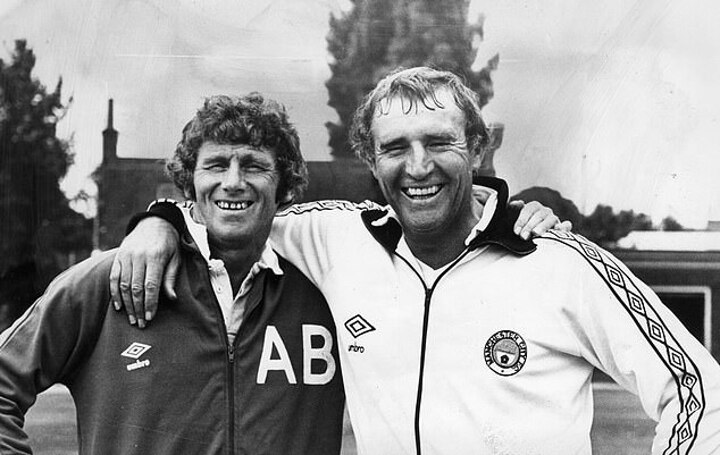 It is one of the few regrets Book harbours, for he knows his life could have been very different. 'My life changed for ever the day Malcolm Allison, wearing that fedora, came climbing up some scaffolding to introduce himself as Bath's new manager.

'I was in my late twenties and laying bricks. If I'd told the other brickies I would captain City to four trophies, they would have thought I was mad. Even I thought I was past my sell-by date… until Malcolm came. Where would I be now without that? A retired bricklayer living in Bath, I would imagine.'

Book followed the charismatic Allison to Canada for a summer with Toronto City and then to Plymouth Argyle, turning professional at 29. 'When I signed for Plymouth, Malcolm told me to doctor my birth certificate to make me two years younger. He then went to City as assistant to Joe Mercer and took me there - although we had to tell them the truth, so I aged two years in about two seconds!'

His first season as skipper in 1967-68 climaxed with a 4-3 win at Newcastle and, as news came through of Manchester United's shock 2-0 defeat at home by Sunderland, it meant City were champions, their last title before the arrival of Sheik Mansour.

City embarked on a post-season tour of America, forgettable for the football but not for the events of June 6.

'We'd been out for a few drinks and were on our way back in a taxi. The news came over the radio that Bobby Kennedy had been assassinated. We were in shock. It affected the driver and he went straight through a red light — we were lucky!' 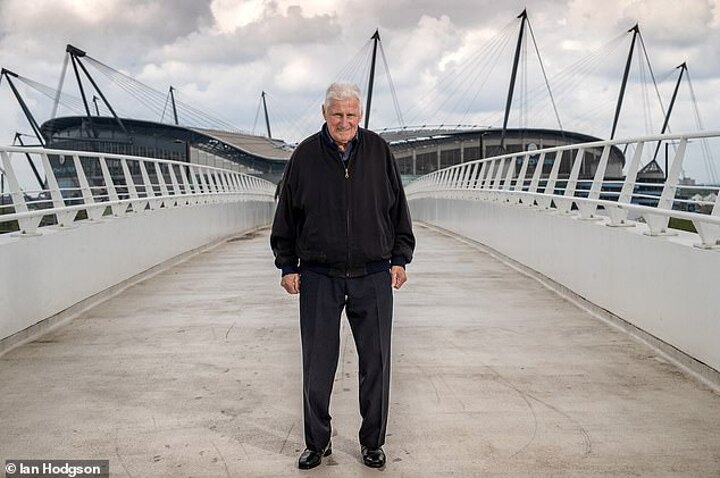 There is a lighter memory of the evening.

'We actually had a player called Bobby Kennedy. Someone knocked on Joe's door and said, "I've got some bad news, Bobby Kennedy has been shot". Joe said, "What's he been doing out until this time of night?"'

It is now Thursday night at the Landmark Hotel in London and Raheem Sterling is named the Football Writers' Association Player of the Year.

The previous City winner was in 1969. 'That was me,' says Book, whose picture hangs in the hotel's function room. 'Joint winner with Dave Mackay. But I'm happy to lose that title to Raheem. He is an incredible player and an amazing young man.'

Book is here at the Landmark sitting next to Summerbee, the right winger who supplied the cross for Neil Young to score the winner at Wembley 50 years ago.

'Pull up a chair,' says Summerbee, inviting Sportsmail to share a couple of ales and a few more tales. Come the end, Book has named his greatest City XI from the team he played in, the one he managed and today's champions.

But first, back to 1969. 'We had the FWA dinner on the Thursday and all the lads went to support me,' says Book, who played behind Summerbee at right back. 'Then, on the Friday, we went for a Chinese meal, which wasn't your average preparation for an FA Cup final, but it worked!' 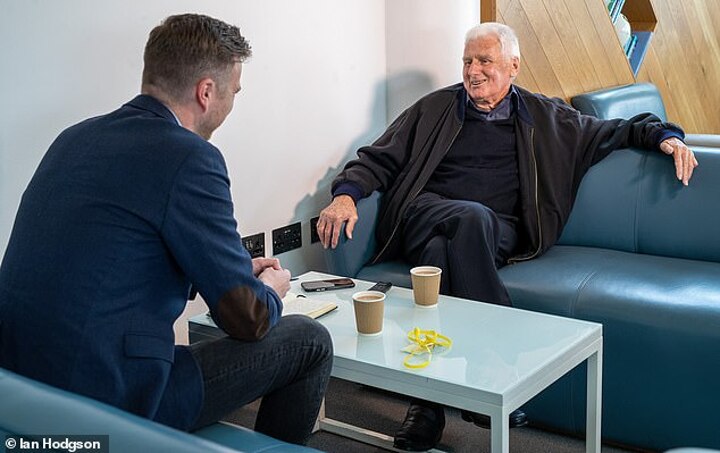 Summerbee is recalling stories of George Best, his great friend and opposite number at United. Book has his own memories.

'At Old Trafford they'd shout, "Besty, take the old b****** on!" But I was quick, so I'd run alongside him and say, "Just pass the bloody thing". He later said I was one of his toughest opponents. From him, a player who had everything, I'll take that.'

'It was a different club then. I signed the Polish player Kazi Denya and we paid Legia Warsaw with some photocopiers! It's crazy looking back. It shows you how far the club has come.

'I also remember one director giving me a four-page essay on how to win away from home! I loved that… straight in the bin, I can promise you.'

What does Book make of Pep Guardiola? 'I would never dream of giving him a four-page essay, put it that way. I would love to read his, though.

'I often get asked which team is better, ours or theirs… this team now is something special. They are phenomenal.' 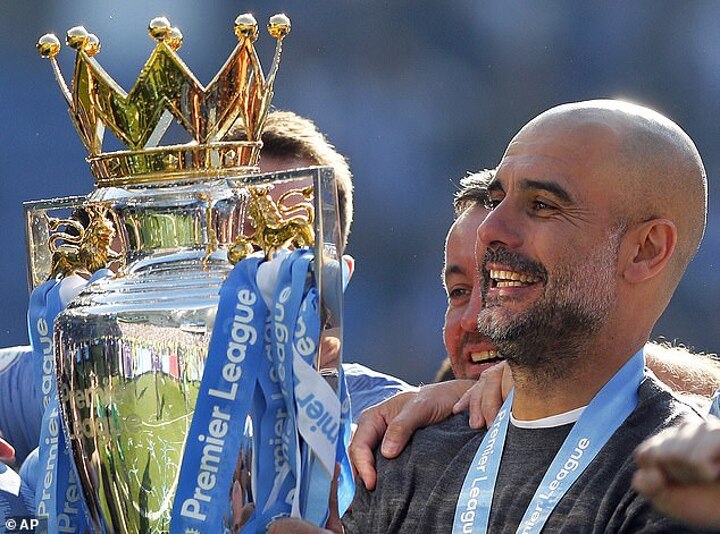 'I have to get Bernardo Silva in,' says Book, as we work on his City dream team. So far it reads Ederson; Kyle Walker, Vincent Kompany, Dave Watson, Glyn Pardoe; Summerbee, David Silva, Colin Bell…

There are a few contenders for left wing, Peter Barnes and Sterling among them. 'But it's got to be Bernardo, I love him,' says Book. I suggest moving Sterling to the right and dropping Summerbee.

Book turns to his old pal and gives a knowing look, 'I'll stick with Mike.' And so we wrap up the XI. 'Bernardo on the left with Sergio Aguero and Franny Lee up front,' says Book.

No place for himself? 'Not at my age!' he says with a smile.