Erling Haaland has warned Manchester United that he is ready and raring to compete in this weekend's massive derby. 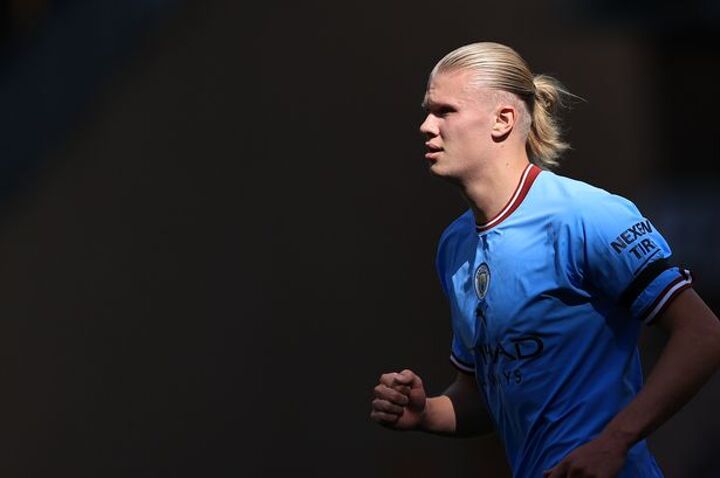 Manchester City will return to Premier League action for the first time in two weeks this Sunday following the international break and will be aiming to keep their undefeated start to the season intact. However, they will be facing their toughest test yet in the form of their local neighbours.

Though United had a dreadful start to the campaign, Erik ten Hag has done a great job in turning his new side's fortunes around and they have won four straight league matches since their 4-0 defeat to Brentford. Two of those victories have comes against Liverpool and Arsenal, so United have shown they are capable of getting big results against tough opposition.

The Blues can still remain confident, though, especially as they have Haaland in their ranks. The Norwegian sensation has made a remarkable start to life in English football after notching 14 goals in just nine games already.

Haaland mostly remained tight-lipped on the prospect of facing United but did ominously declare that he was prepared for the match. He told Gary Neville in an interview with Sky Sports: “I don’t think I need to say too much, all I need to say is… I’m ready”

It's of little surprise considering how well he's played since arriving in Manchester but Haaland is brimming with confidence, too. Neville said to the 22-year-old: "The physical advantages you have, it looks like you are playing in an under-fives game, I don’t know any other way to describe it”

To which Haaland replied: "If I time my runs perfectly, I know no one will stop me”