The 2022 World Cup is getting closer, which means that Premier League clubs only have a few matches left before the English top-flight pauses mid-season for an international tournament for the first time in history. 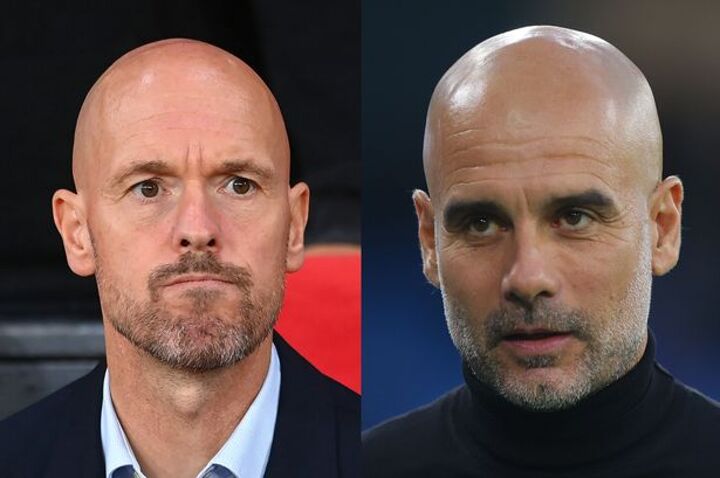 For the final time before the action in Qatar gets underway, players from both the red and blue half of Manchester have embarked on their respective international adventures as they prepare for the upcoming tournament.

Manchester United and Manchester City will face off for the first time this season in the first match back after the international break - with vital Premier League points up for grabs. Pep Guardiola's side are yet to lose this campaign after making a strong start to the season, while Erik ten Hag's men have drastically improved in recent weeks after an underwhelming start.

Arsenal currently sit at the top of the Premier League table, with City in second position. United - after winning their last four successive matches - find themselves in fifth. Tottenham and Brighton currently occupy the other two Champions League spots, with a number of sides struggling to find their rhythm so far.

Two managers have already found themselves on the managerial chopping board as sacking season is well underway. Scott Parker was the first to go as Bournemouth parted ways with the young coach, before Chelsea made the surprise decision to sack Thomas Tuchel and replace him with Graham Potter.

Ten Hag has been praised for helping the Reds to improve after a disappointing season last term, while Guardiola is hoping to secure another Premier League title after the club's dramatic final-day triumph last season.

Last season, City trailed Chelsea by one point at the end of November, having won nine of their opening 13 matches. In contrast, United were in eighth position and had won just five matches.

Can Guardiola's side move above Arsenal to sit at the top of the table heading into the World Cup? Or can Ten Hag's men continue to improve and climb into the Champions League spots before the tournament in Qatar?

Why not predict what will happen yourself?

Use the interactive widget above to pick a result for the remaining games before the World Cup to see how the table could look heading into the tournament.