Since making his move to Manchester City, Jack Grealish has had to endure a strong media focus on him. 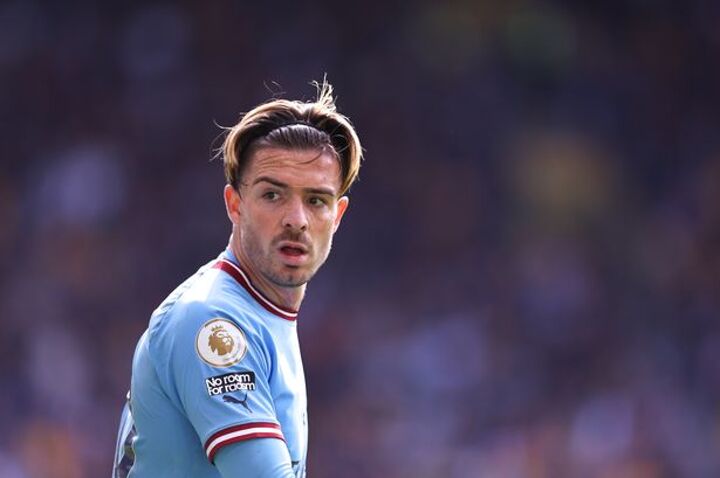 As Aston Villa captain, the spotlight surrounded the 27-year-old but never to the extent it has since he became a '£100m man'. What has followed for Grealish is a rollercoaster spell as he tries to find his feet in Manchester.

He has shown signs of promise in a City shirt but, for every performance he puts in like the one at Wolves, there is an outing like that against Borussia Dortmund. Last week was perhaps the perfect snapshot of Grealish's Blues career to date.

It is obvious that the talent is there in the forward but what could potentially be the reason why he has not provided this on a consistent basis, is the Blues' major strength. When Grealish is showing a Dortmund-esque display, Pep Guardiola is able to bring in another player who has all the attributes to fill in.

Grealish is unable therefore to have a run of regular minutes at City where he may have peaks and troughs in form because there is always someone there to take his place and a spell on the bench is never more than 90 minutes away. The England international even alluded to this during a press conference on Wednesday.

"I probably haven't been playing at the top of my game since I moved to City this time last year," he explained. "I think I've shown glimpses of it.

"Over the next two months especially I'm going to try and get my head down as much as I can and work so hard and hopefully it will happen. Before I moved to City I knew I was going to play pretty much every minute of every game.

"I was captain there and one of the first names on the team sheet. Then you come to a club like City and obviously no disrespect to the people I was with at Villa - it was a great, brilliant club with very good players - but when you come to City and have the likes of Kevin [De Bruyne], Phil [Foden], I could go on, it's difficult."

The only sure fire way of getting regular game time at City is by being a standout in every single match. Erling Haaland is perhaps one of only a handful of outfield players who can be assured of his place on the teamsheet week in, week out currently.

For City supporters this is a brilliant strength to have and ensures that all the players remain on their toes. However, for a player like Grealish who is used to being 'the man', it will take some time to adapt.

He is not the first who struggled with this new way - just look at Riyad Mahrez - and he certainly will not be the last. The challenge for Grealish now though is to become one of the players Guardiola can depend upon on a regular basis.