It's the biggest game in the Spanish club's history and potentially the tie of the quarter-finals. 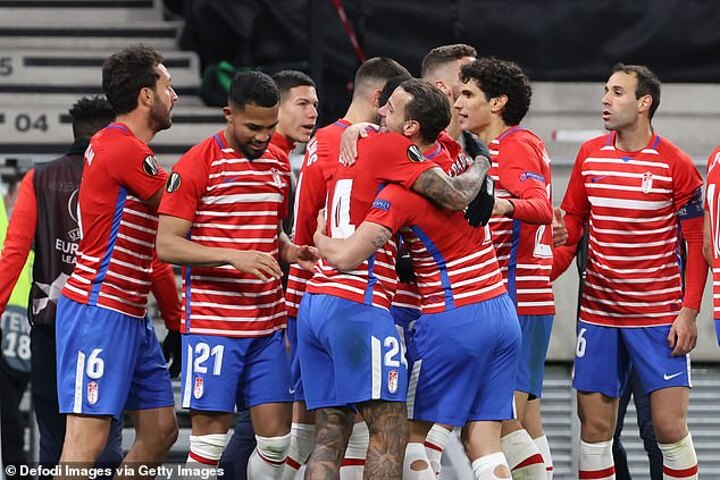 So, who are the underdogs trying to cause the shock of the round against Ole Gunnar Solskjaer's team? Sportsmail takes a closer look. 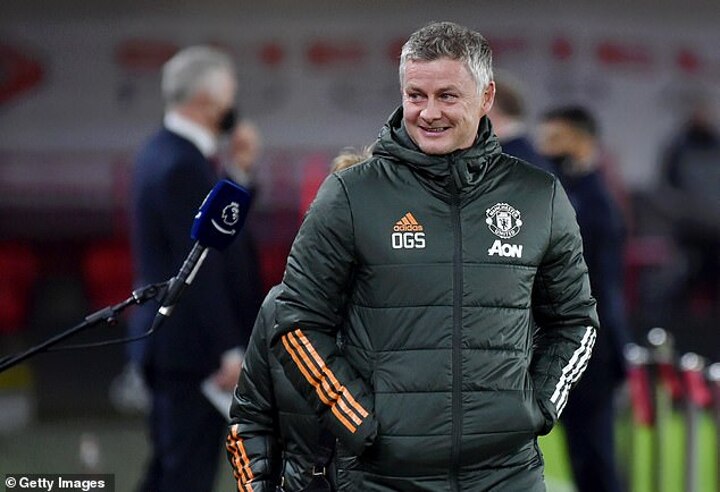 Granada were promoted to Spain's top flight after a 35-year absence in 2011 but dropped out again in 2017 despite the best efforts of Tony Adams, who was parachuted in to save them with seven games to go and a squad of 18 different nationalities.

Under the impressive Diego Martinez and with a far more settled group they were promoted back to the top flight in 2019. Most expected them to struggle but they surpassed all expectations.

In week five they beat Barcelona 2-0 at home and by week 10 they were a point clear of them at the top of the table. They faded of course, but then staged a late revival for a seventh place finish that put them in the Europa League.

Seventh was their second highest finish ever and it was achieved with the division's third lowest budget.

This season there were concerns the volume of matches would affect them. Espanyol got into the Europa League last season and were relegated. But Granada have held their own on all fronts holding out in mid-table in Spain while knocking out Napoli in Europe. 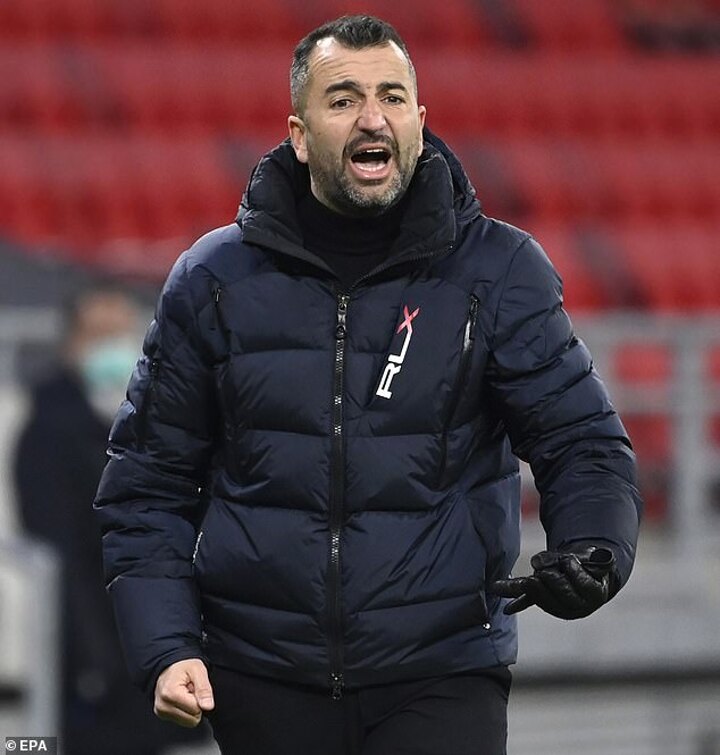 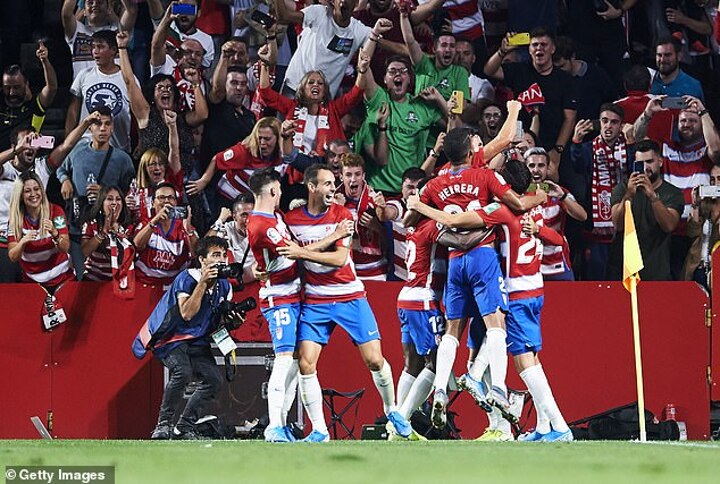 A former Celta Vigo youth team player who made it to Spain's fourth tier but no more, Diego Matinez now looks set to go right to the top as a manager.

He first began to impress as a youth coach at Sevilla, working for a spell under Unai Emery at the club. He is highly rated by Monchi, who spotted his potential there and plans to take him back one day if the opportunity presents itself.

Martinez is a pragmatist, not married to any one system, and good at changes during games to keep his side in contests even when they have gone behind.

He has worked miracles without the resources. Many of the players who won with him against Napoli were with him when he got Granada promoted two seasons before. 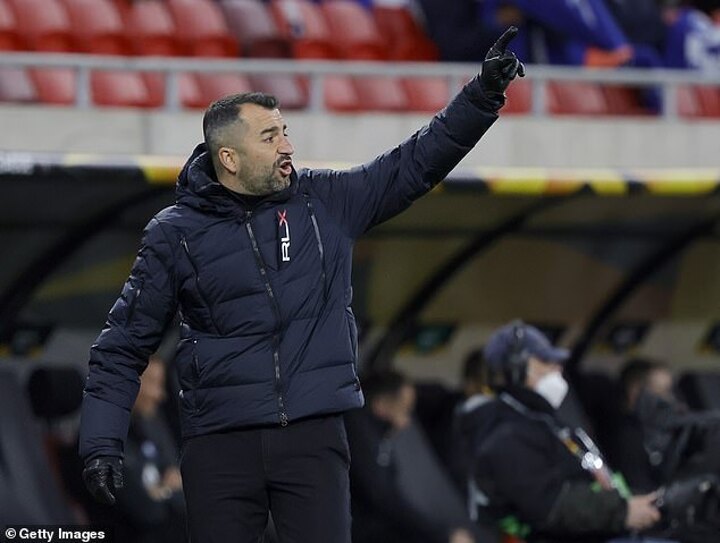 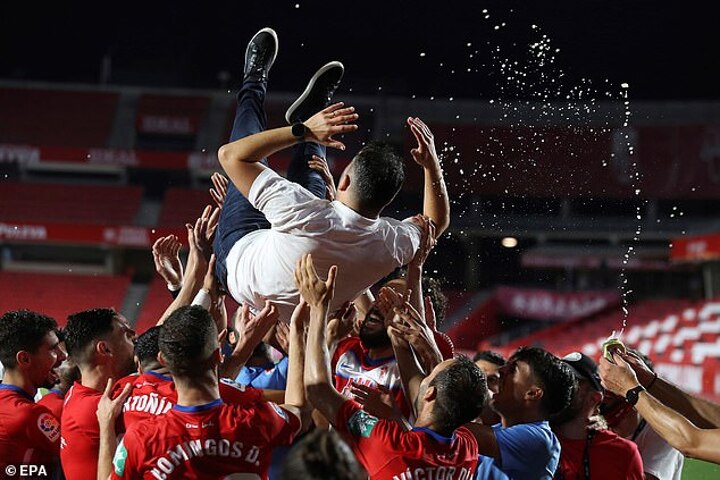 The club's maximum permitted wage bill is still limited to just £49.2million (€57m) by LaLiga so he is playing at a disadvantage but holding his own with clubs like Villarreal whose salary cap is at £120m (€140m).

He's passionate on the touchline, a little too much so for those ridiculous curbs on a coach's touchline enthusiasm that can bring red or yellow cards for heartfelt but not offensive comments.

In the absence of fans he seems to put even more stock in being heard from the dugout. He's also a great student of the game, watching and re-watching games to eke out every last, possibly helpful, detail.

Portuguese keeper Rui Silva has impressed again this season and was brilliant against Napoli.

In front of him compatriot Domingos Duarte, 25, is one of LaLiga's best central defenders.

In midfield, Manchester City loanee Yangel Herrera is a box-to-box powerhouse capable of arriving into the area to finish moves. The 23-year-old Venezuelan international has already weighed in with three goals in this season's Europa League. 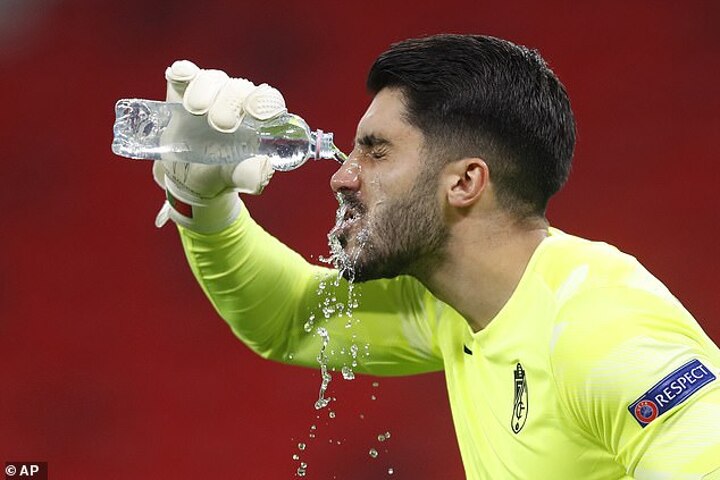 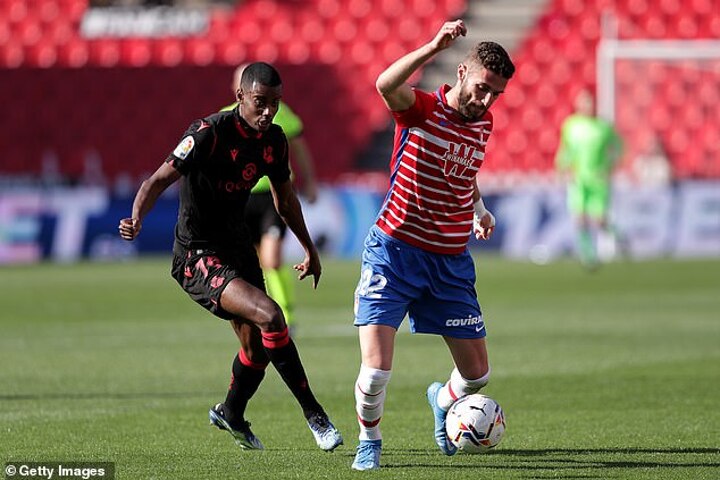 He is usually well protected by Maxime Gonalons and Angel Montoro. In attack it is often 35-year-old Roberto Soldado, flanked by Venezuela's shoot-on-sight winger Darwin Machis and run-forever Antonio Puertas, or Chelsea loanee Kenedy, who has scored seven goals in all competitions this season.

Other attacking options include 38-year-old veteran centre-forward Jorge Molina and the 'other' Luis Suarez.

The former Watford striker is only just back from injury but could feature at some point across the two legs to bring a spark and goals. THEIR JOURNEY SO FAR

Beating Napoli ranks as the biggest achievement in the club's history to date. One that will only be topped by victory against Manchester United.

What made that triumph in the Diego Armando Maradona Stadium all the more remarkable was the way they got the better of the Italians despite conceding after just three minutes and losing three players to injury in the first hour. 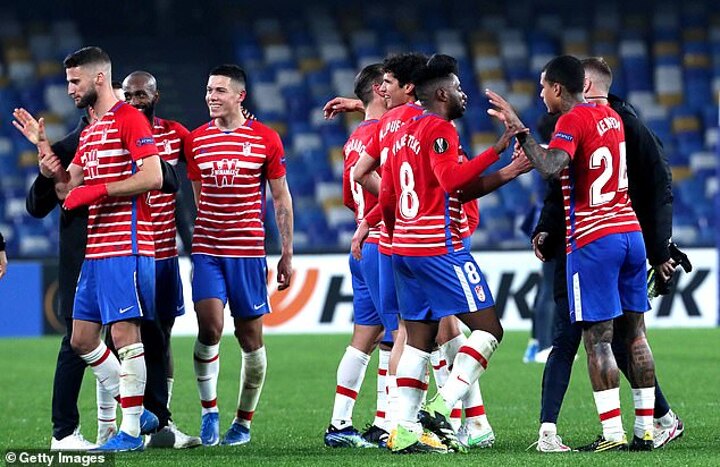 Maxime Gonalons, Carlos Neva and German Sanchez all hobbled off and that was after Darwin Machis had been forced to retire from the warm-up.

Defending a 2-0 lead from the first leg, the early goal did not shake them and when they levelled through Montoro even another Napoli goal, and over 20 shots raining down on Silva, could not stop them from hanging on.

Molde in the next round was a walk in the park by comparison. Now for Manchester United.