The professional knowhow of Premier League footballers was loudly questioned when Paul Pogba was named in the PFA's team of the season this week. It's true that he's the only player not from Liverpool or Manchester City in there. 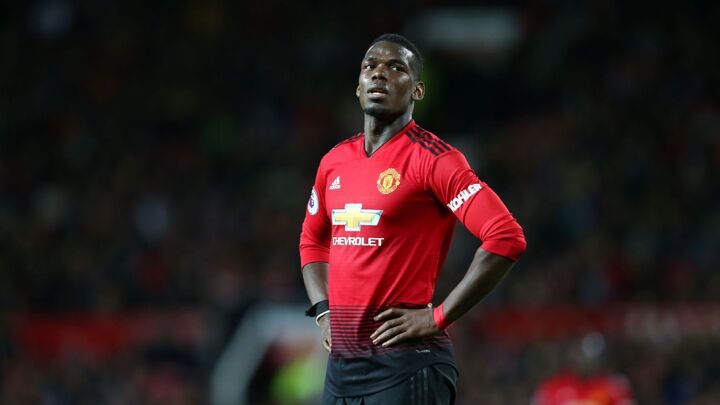 Critics point to Eden Hazard's impressive statistics in the wake of his omission, but Pogba's stats aren't bad either. No midfielder has scored more than his 13 goals -- though seven were penalties -- and he's not playing for a high-scoring team, either. Manchester United have been in sixth place more than any other position this season.

Of course, that's not to deny there are obvious issues surrounding the midfielder. It could be argued no player is more harshly judged: his record fee and high expectations bring that (and his baffling inconsistency adds to it). But after Jose Mourinho, nobody was on thinner ice with United fans than Pogba in December. He was seen as an out-of-form, negative influence undermining his manager. That was all pushed to the background when he played a starring role in his side's resurgence, but his future is under the spotlight again, as it will be for the whole summer. 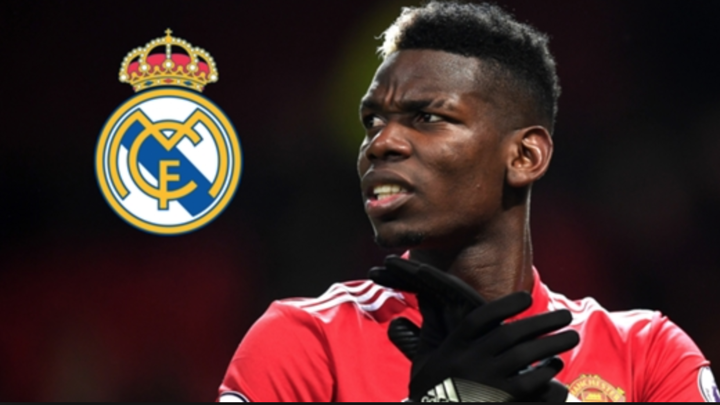 Real Madrid -- the club Pogba wanted to join from Juventus before United persuaded him to head back to England, where he'd be the star of the team and not fourth or fifth in some mythical "Galactico" order -- want him. Adding fuel to the situation is the opinion of his compatriot, Zinedine Zidane, who thinks Pogba will be better surrounded by superior footballers, as he is with France.

This saga will naturally rumble on -- reports in France suggest he's already mentioned his desire to leave -- and will be driven by Madrid's attempts to unsettle and flatter him. They'll use their favoured media channels to do this. If you don't like it, you shouldn't sign a player like Pogba with an agent like Mino Raiola.

United have no current intention of selling Pogba, who just turned 26 in mid-March. Their patience was severely tested at the start of December, but Ole Gunnar Solskjaer wants to build his team around the French World Cup winner.

Does that make sense for Man United?

Pogba continues to be inconsistent, capable of pinpoint long passes one minute and losing the ball in the next breath. The club know that his agent is going to be along soon with massive wage demands, in service of a player who has done little in United's biggest games of the season over the past month. The view of the majority at Barca is that they can't understand Madrid's interest on the evidence of Pogba's two games against the Catalans. Among United fans, Pogba doesn't have a terrace song and isn't shown much love by the support during matches, yet his shirts are the best sellers in the Megastore. He's accused of being too cocksure and arrogant, yet in reality Pogba is a polite young man who speaks four languages. He lives like a professional; he's never late, he trains well. He's not a big drinker or socialite. He likes to dance and he's forever active on social media -- where, intriguingly, there's rarely mention of him being a Manchester United player -- and that conduct is often not to the liking of the older generations even though it's surely not as damaging as drinking eight pints of beer on regular nights out as many United footballers did until the mid-1990s. 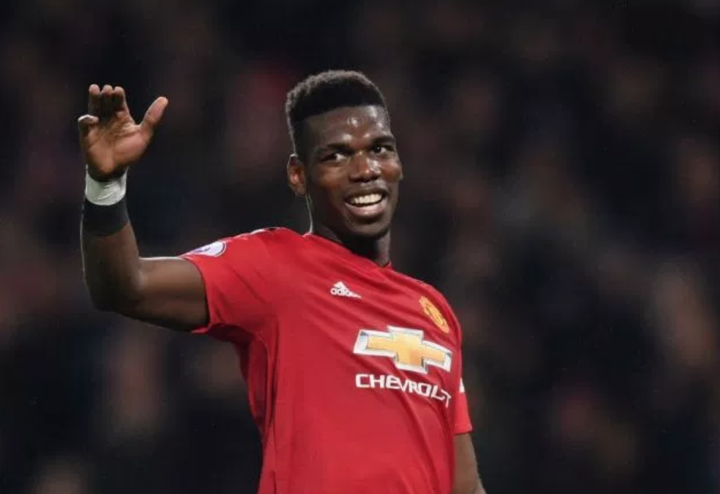 Furthermore, Pogba's the main man in the dressing room since the departure of Wayne Rooney, the one younger players look up to. The Parisian is rated among footballers and coaches. Brian McClair, a man Sir Alex Ferguson hoped would become the club's director of football in 2012 (the club's owners didn't agree) and someone who saw Pogba arrive at United as a kid and develop, rates him too.

"Pogba's attributes are all about attacking. He's more like Lionel Messi than Patrick Vieira. Pogba can find a pass, beat a player and has fantastic skills. He can score goals. For him to have the best opportunity of success at Old Trafford, Paul Pogba needs to be playing in the final third of the pitch as much as possible, whether that's him on the ball, running into positions or shooting." 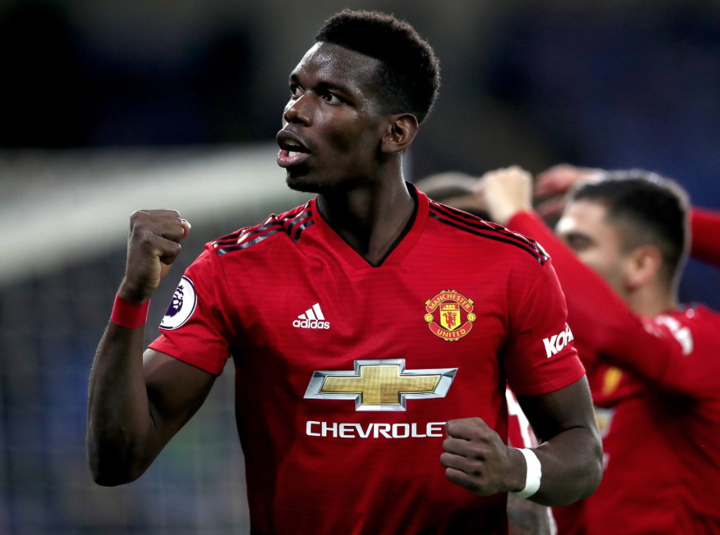 Sometimes it works, sometimes it doesn't. Complicating matters for Pogba is the fact that he's been playing under different managers in a system that has changed, often drastically, rather than evolved. It's not easy for any player but what is the solution specific to Pogba and what can Solskjaer do? Mourinho, one of the most successful managers in football, couldn't get a handle on Pogba, so who can?

Pogba is operating in a world where he's frustrated because the team are frustrating. Not without reason, either: he feels he's good enough to get into any team in the world, yet the United fans who watch him every week wouldn't agree. The most high-profile critics who hammer Pogba have been successful players, but not successful managers. What would they do? Sell or indulge? And if the answer is to sell, who would replace him? 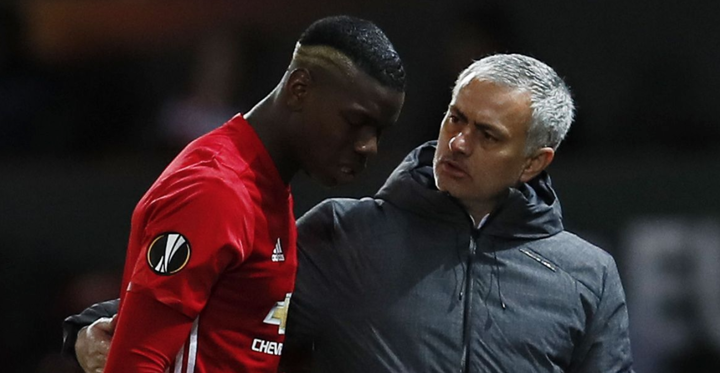 Top footballers are very hard to sign these days and Pogba is considered globally to be a world-class footballer, especially given his excellent injury record. No United player has started as many games or scored as many goals as Pogba this season. Is it his fault that his former manager played him out of position, or that those around him aren't that good?

At Barcelona, Lionel Messi is the undisputed main man at the club, the one around whom the team is built, the one who is consulted on new signings, the one whom the current, ego-free, coach indulges because he knows he needs Messi. But Pogba is not Messi and hasn't yet earned that level of indulgence. At United, the manager has always been viewed as the most important person. Pogba, the most talented player, is not even the club captain, a role he'd like. United really need an authoritative captain over one who seldom speaks English or an experienced man who is not one of the team's best players. Bryan Robson, Roy Keane and Gary Neville led from the front. United are sorely missing that ingredient.

United fans need to be careful what they wish for this summer. It wouldn't be inconceivable to see Pogba sold and become a world beater -- the one United need -- for someone else.