Man Utd are struggling. When defences have their number, Ole Gunnar Solskjaer needs a plan B _ but who can he turn to? 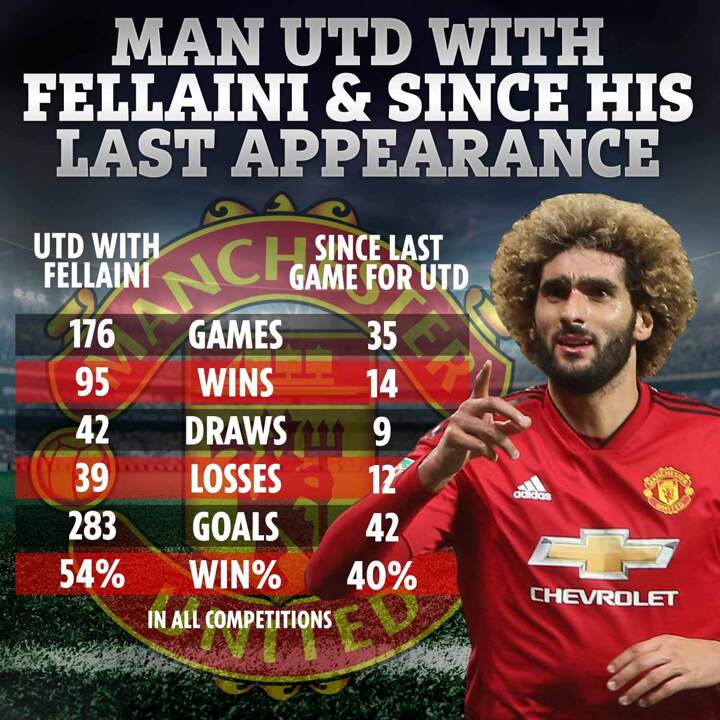 For many United managers, Marouane Fellaini was the perfect off-the-bench option to mix things up and help grab a goal - and his departure could be one reason for the Red Devils' drop-off.

The Belgian was often a figure of ridicule but for United fans it seems to have been a case of you don't know what you've got 'till it's gone.

A mop of frizzy hair caught the eye but it was the gangly elbows and wily footballing brain that helped him to 22 goals and 12 assists.

Whatever your thoughts on Fellaini, the club are now desperately short of central midfielders. 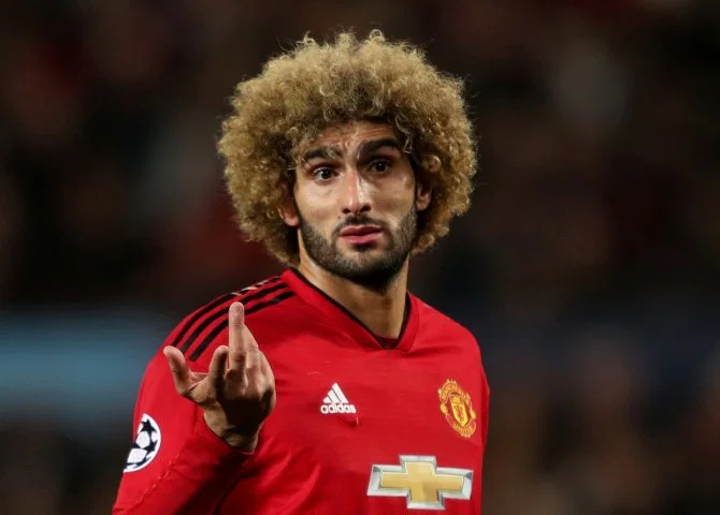 Juan Mata is slowing down, Nemanja Matic is on his way out, Scott McTominay can't carry the side and Paul Pogba is too inconsistent.

And then there's Fred.

The fact that Fellaini's £27.5m transfer fee was derided despite him being a relative success is quite amazing given Fred cost £52m.

For all his faults, Fellaini had a role in the team and contributed at both ends in his own way. 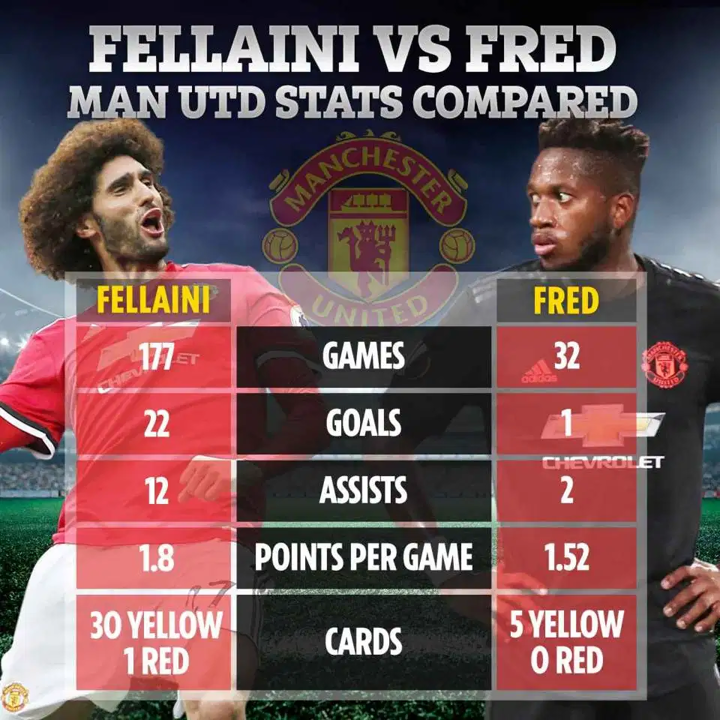 His replacement, not so much. And the stats don't lie with just a single goal scored and 1.52 points picked up per Prem game - with his predecessor on 1.8 points per game.

United weren't particularly good with Fellaini at the club and they were mocked for that fact - now they're worse.