At the end of another disappointing and largely uneventful first half at an empty Old Trafford, Manchester United and West Brom players left the pitch to the sound of I’m Into Something Good by Herman’s Hermits.

Even ignoring the fact there had been nothing good on display here in the opening 45 minutes, this wasn’t best choice of song considering it was the one dedicated by United fans to Jose Mourinho.

On the day Mourinho led Tottenham to the top of the Premier League and United were languishing in 13th place at kick-off, was someone at Old Trafford having a laugh? 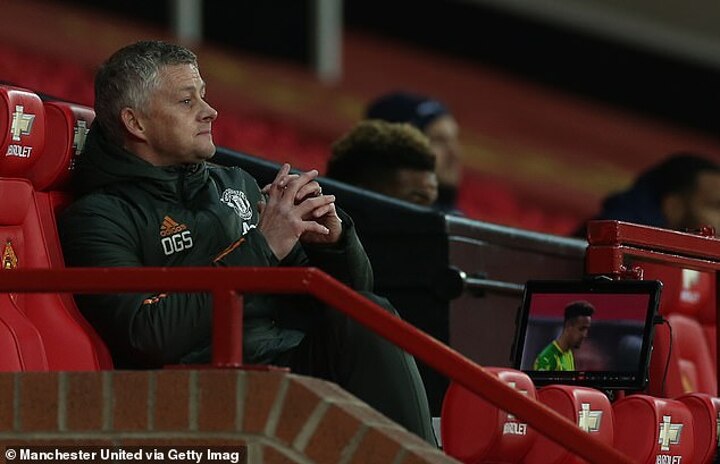 In the end, United recorded their first win at home in the Premier League this season at the fifth time of asking, but it was scarcely more convincing than the four previous attempts – defeats to Crystal Palace, Tottenham and Arsenal, and a dour draw with Chelsea.

It needed a second-half penalty from Bruno Fernandes to get them over the line against lowly, luckless West Brom plus the help of two vital VAR interventions – first in enabling referee David Coote to overturn his decision to award Albion a penalty for Fernandes’s challenge on Conor Gallagher and then to give the Portuguese playmaker another opportunity from the spot after Sam Johnstone was shown to be off his line when he saved the first attempt.

So, all in all, not very convincing from Ole Gunnar Solskjaer’s side the day after the United manager blamed the absence of fans for their poor home form. 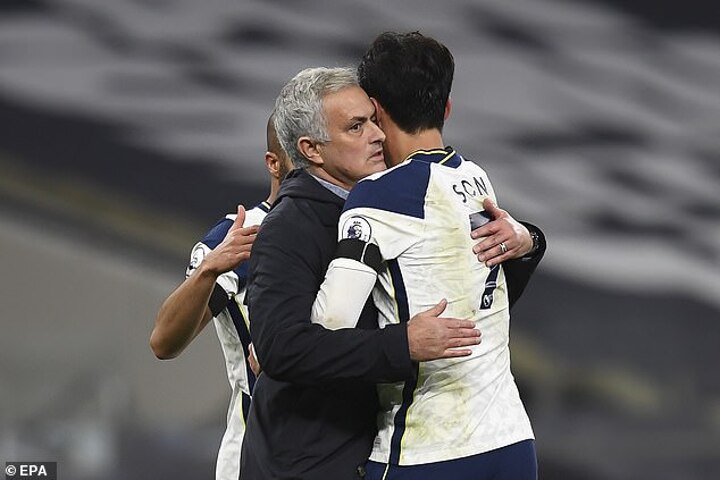 ‘It’s something we want to correct but it’s a different sensation playing in front of the Stretford End without fans,’ he said. ‘Home and away is different, it’s not like it used to be. It’s sterile.’

It certainly is and no-one’s arguing that empty stadiums are a factor in a certain loss of home advantage this season, for United and the rest of the Premier League.

But that excuse simply isn’t good enough to explain why they have been so ineffective at home.

Solskjaer has more than enough attacking potential at his disposal to do better than this, even without the struggling Mason Greenwood who was not in the squad here after his manager revealed on Friday that he missed ‘eight or nine’ days of training during the international break through injury. 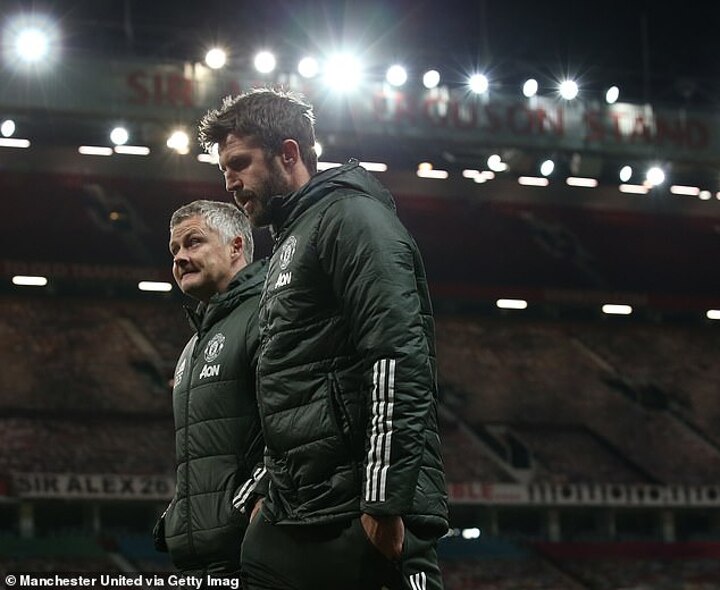 Anthony Martial and Marcus Rashford were both available despite picking up knocks on international duty, and they lined up in attack alongside Fernandes and Juan Mata. Edinson Cavani replaced Mata just after the hour mark and Donny van de Beek came on for Rashford towards the end.

United created their fair share of chances but once again they were wasteful in front of goal. At no point did you feel they were in control of the game. When they got a corner in injury-time, that’s exactly where they tried to keep the ball. It was Albion attacking in search of an equaliser when Coote blew the final whistle with Solskjaer and his No.2 Mike Phelan looking distinctly uncomfortable on the touchline.

Yes, they came up against an inspired performance from former United keeper Sam Johnstone, who produced two particularly eye-catching saves from Martial in the first half and Rashford in the second, as well as that fine – albeit fruitless – penalty stop from Fernandes. 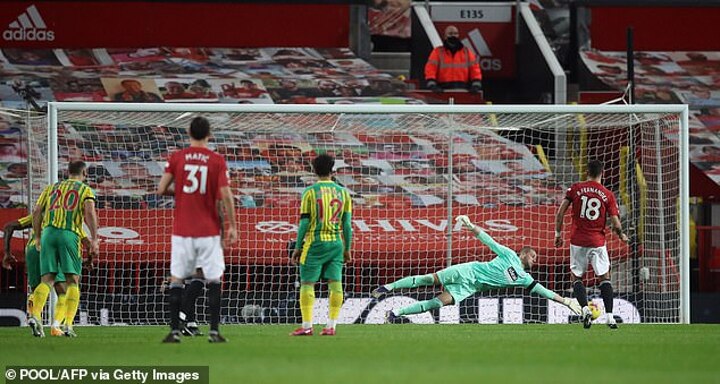 At one point, just before half-time, Fernandes was so devoid of ideas at a free kick wide on the left that he tried to catch Johnstone out with a cheeky shot inside the near post, but even that lacked conviction and bounced harmlessly into the keeper’s hands.

It’s not as though West Brom didn’t have their chances either. As well as the penalty that was overturned, substitute Callum Robinson hit the bar with David de Gea well beaten moments after coming on, and United’s goalkeeper also kept out Conor Townsend’s goalbound effort with an outstretched left leg.

The outcome could have been very different indeed. But Solskjaer will take his first home win in the league and move on in the hope that it will get better.