In terms of matters on the pitch, the coronavirus pandemic came at the worst time for Manchester United. 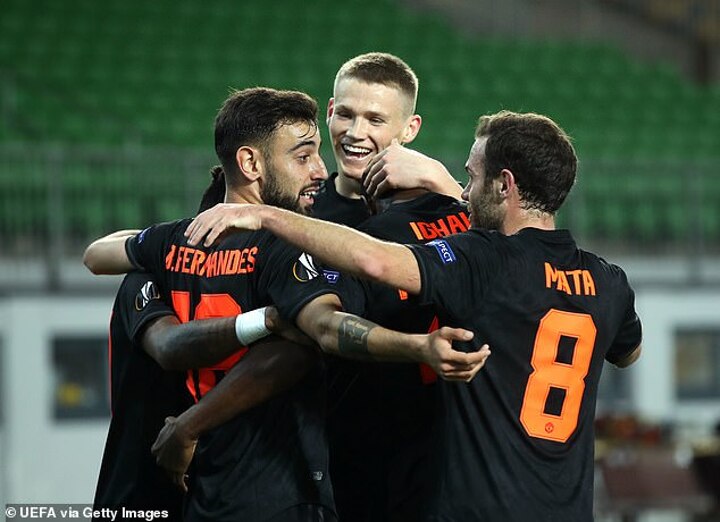 The Red Devils were bang in form having beaten bitter rivals Manchester City 2-0 in the Premier League before crushing Austrian outfit LASK 5-0 in the first leg of their Europa League last-16 clash.

Those results were part of a 10-game unbeaten streak for Ole Gunnar Solskjaer's side in which they won seven of those, scoring 28 times and conceding just twice along the way. 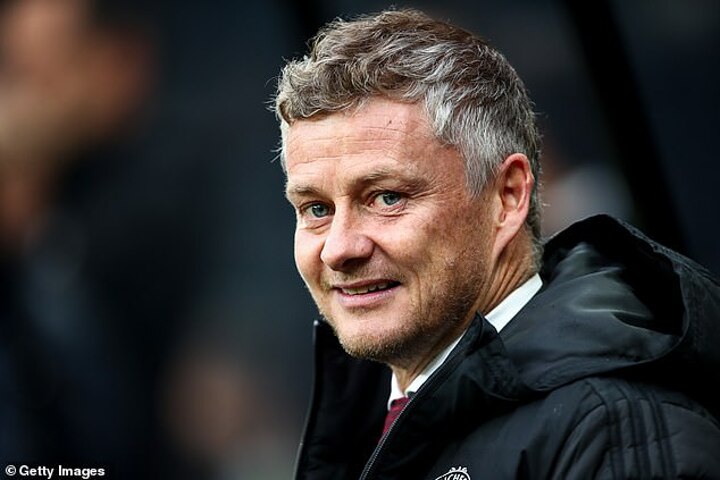 While in that regard it is frustrating for Solskjaer, the Norwegian has been boosted by the return of key duo Marcus Rashford and Paul Pogba for the Premier League's return.

Both were out with long-term injuries but are now fit again - aiding his attack and midfield options in the race for the top four.

Their return to fitness possesses some selection dilemmas for Solskjaer ahead of their clash at top-four rivals Tottenham when the Premier League restarts later this month. Sportsmail looks at the decisions he needs to make...

This is a straight-forward answer in that the man in between the sticks will be David de Gea - although he has a fine understudy in Sergio Romero. The Spain international is the undisputed No 1 at Old Trafford and has been since he joined from Atletico Madrid in 2011 for £18.9million.

In terms of value for money, without doubt he has been one of the club's greatest-ever buys during his near nine-year service.

The 29-year-old has racked up 394 appearances alongside 138 clean sheets during his time at Old Trafford and has bailed his team-mates out countless times in years gone by. However, last season and this have seen his standards slip below his supreme best.

Still his quality remains evident as shown with some fine saves at home to City in March. 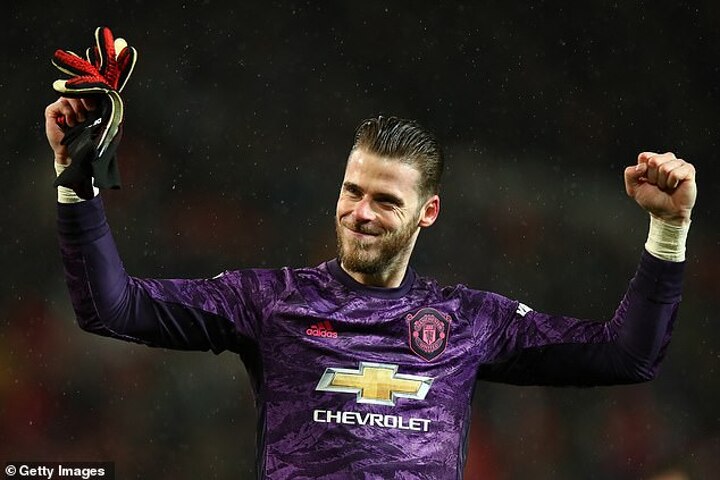 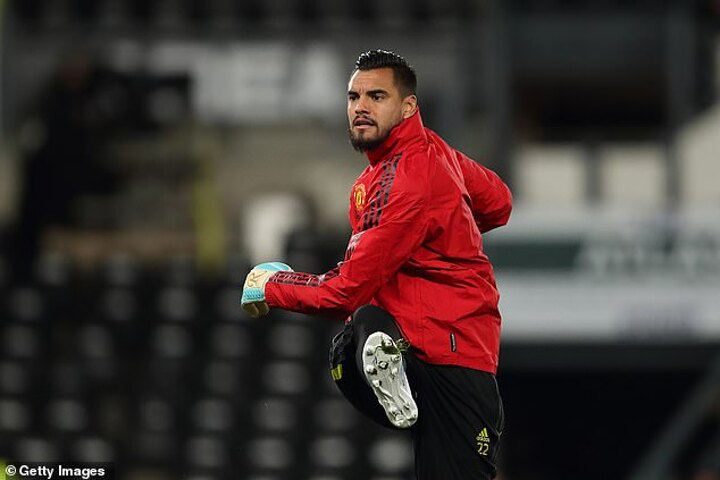 As mentioned earlier, United had finally found some defensive consistency.

Conceding just two goals in their last 10 games proves that - and it's further underlined by the eight clean sheets that were yielded from this run.

Harry Maguire is growing into the role of becoming the bedrock of this side. Handed the captaincy after Ashley Young's departure, the centre back is the cornerstone of Solskjaer's defence.

Alongside him is Victor Lindelof. The Swede can still have his moments at times but he and Maguire have built a good partnership. However, he will face competition for a starting berth with Eric Bailly and Axel Tuanzebe fit again. It remains Maguire plus one at centre back. 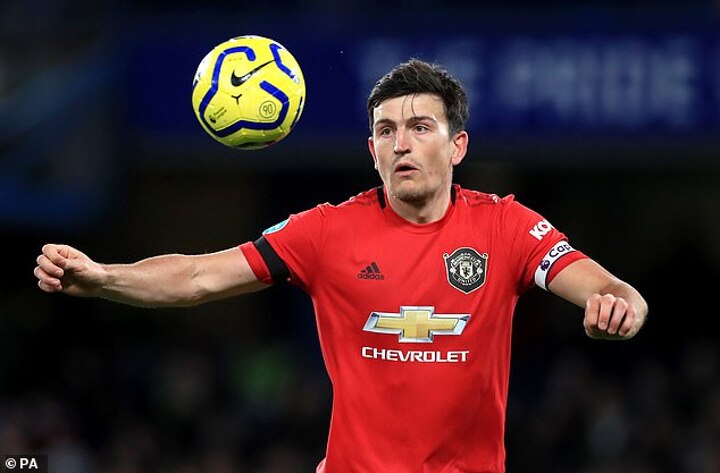 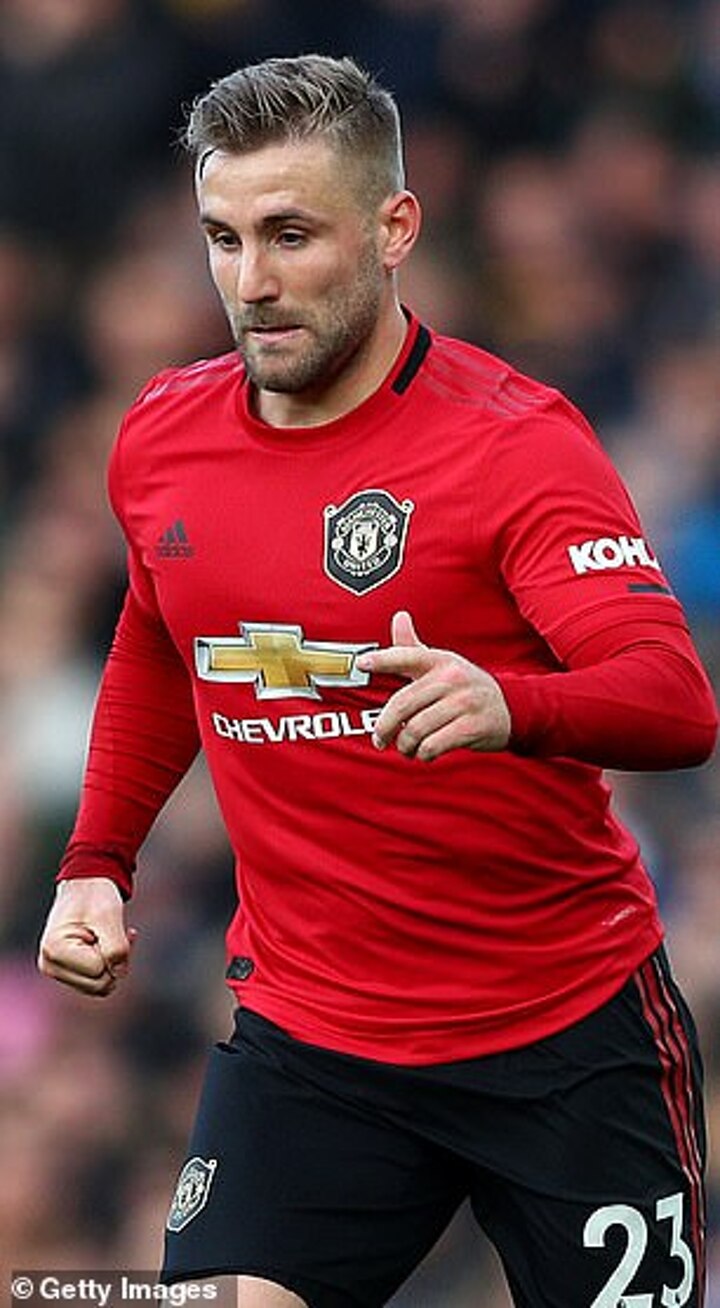 Bailly can be eccentric but demonstrated his class with with a brilliant display in their 2-0 win at top-four rivals Chelsea in February. Meanwhile, Tuanzebe was beginning to break through into the first team before his hamstring injury in December.

At right back, Aaron Wan-Bissaka is the No 1 option. The 22-year-old has performed brilliantly since joining from Crystal Palace. Diogo Dalot represents an able deputy.

Left back is where Solskjaer faces his biggest dilemma in defence.

Brandon Williams has had a stellar breakthrough year and is pushing Luke Shaw all the way for a place in the team.

The two have played together this season when Solskjaer has deployed a back five though. That has seen Shaw move to left centre back, where he has played well, with Williams out at left wing-back.

Solskjaer's tactical flexibility will come to the fore in midfield. For large parts this season his options have been threadbare but now he has everyone fit and available.

Bruno Fernandes has been a breath of fresh air since joining in the January transfer window. The Portuguese has galvanised the club and is without doubt a must in their starting line-up.

Red Devils supporters have been wondering how Fernandes and Pogba would fit in the same side and soon they can find out with the Premier League restarting later this month. 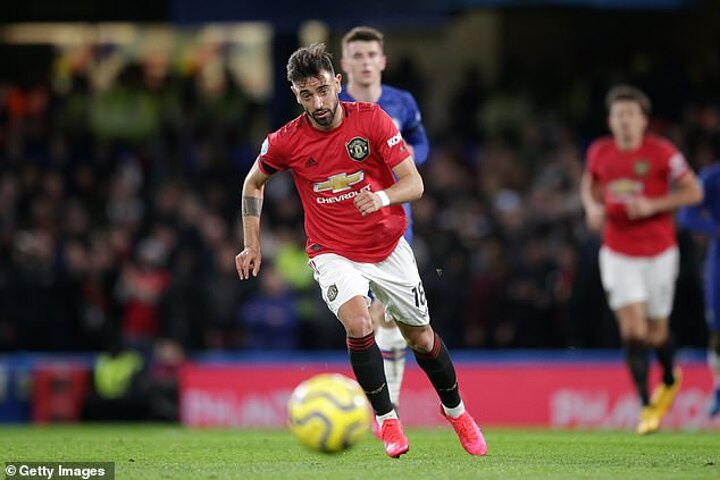 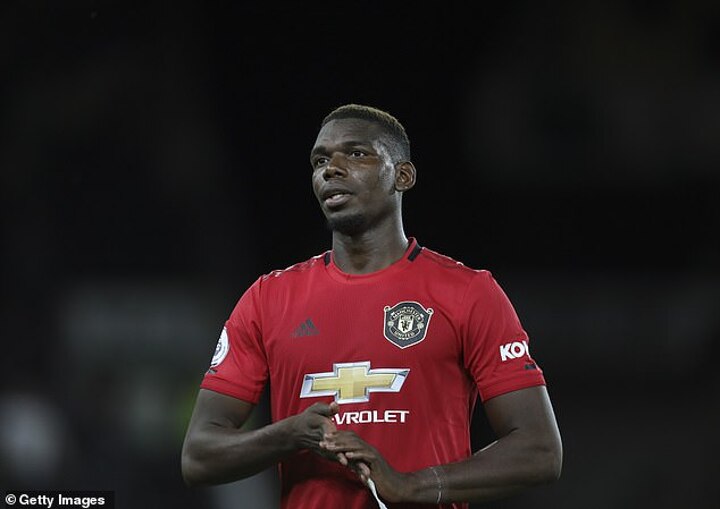 On paper it would appear that a 4-2-3-1 formation that Solskjaer has used mostly this season would fit best with Pogba in one of the midfield two slots and Fernandes in the attacking three behind a lone striker.

However, doing so would mean just one spot in the team left for Scott McTominay, Fred and Nemanja Matic. All three had performed excellently during United's 10-game unbeaten run - while Solskjaer can also call upon Andreas Pereira too.

McTominay's energy and physicality was sorely missed when he was injured over the New Year period and Old Trafford was bouncing when he scored the second against City in March.

Fred had been much-maligned after a poor first season at United but was growing into his second campaign at the Theatre of Dreams with his constant drive and energy.

Matic had also ran into form. The Serbian seemed set to leave in January but United's injury woes meant he stayed. And the 31-year-old has proven his worth by anchoring the midfield and shielding the defence in key games against Chelsea and City for example. 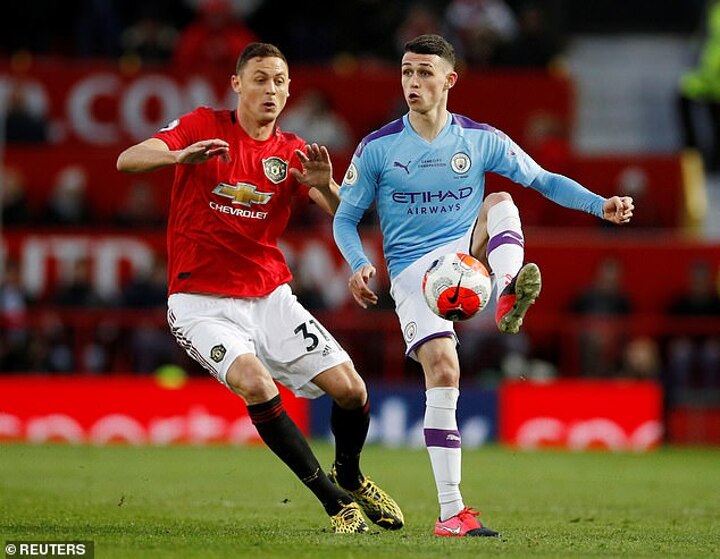 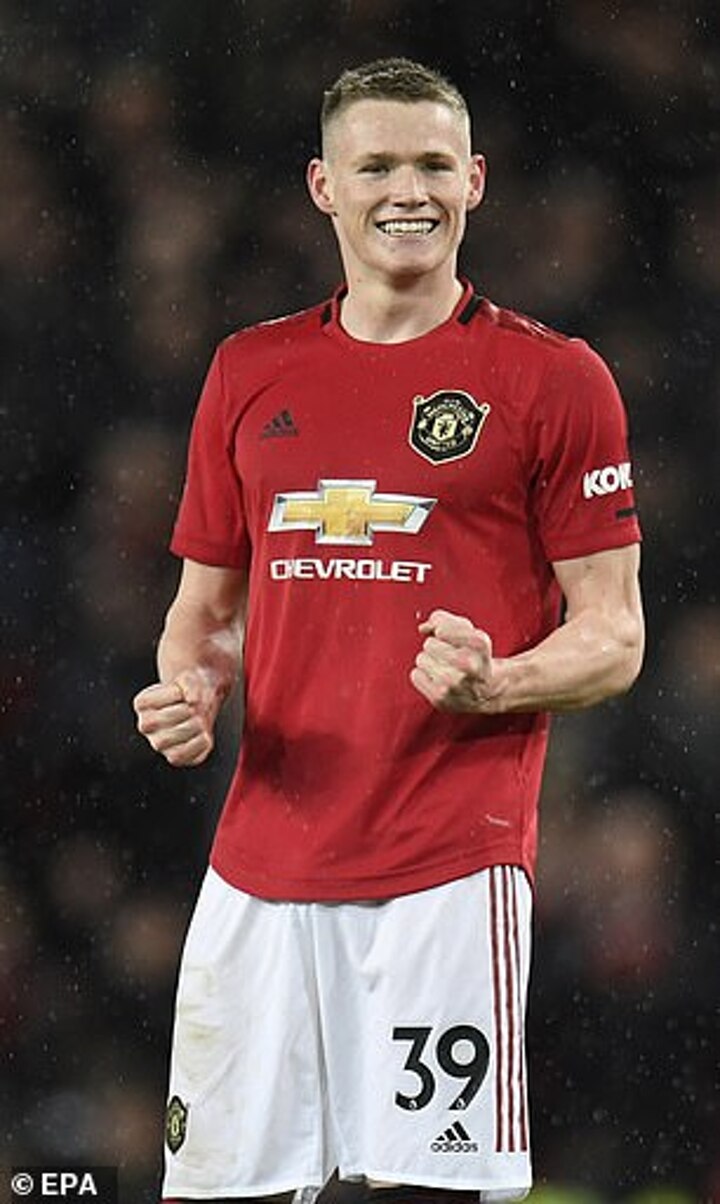 To accommodate more of his central midfield options, Solskjaer could field a 4-1-2-1-2 diamond formation.

The 47-year-old used this tactic in a 1-1 draw at Everton on March 1. In that match, Matic was at the base of the diamond, Fred on the left, McTominay on the right and Fernandes at the top of it.

The downside of this formation was the lack of width it allowed. However, some fans may prefer that four to start over Pogba on meritocracy reasons with the midfielder having been public in his desires to leave the club last summer.

On talent alone he is a bonafide starter, though.

Like in midfield, Solskjaer has plenty of options to choose from in attack and has the fluidity to alter tactics.

The Norwegian has often deployed a 4-2-3-1 or 4-3-3 with Anthony Martial and Marcus Rashford occupying two of the spots.

Martial has been the spearhead in attack and while he is still criticised for his lack of game involvement at times, you can't downplay his goal output. The 24-year-old has been the man for the big occasion this season - as proven with goals home and away against Chelsea and City. 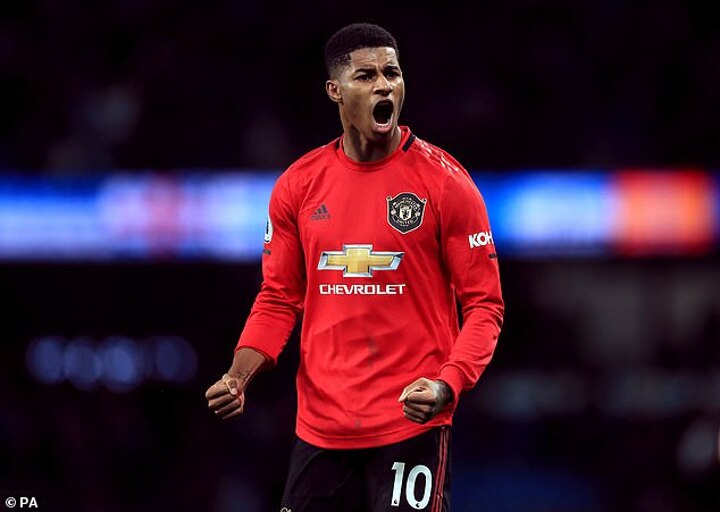 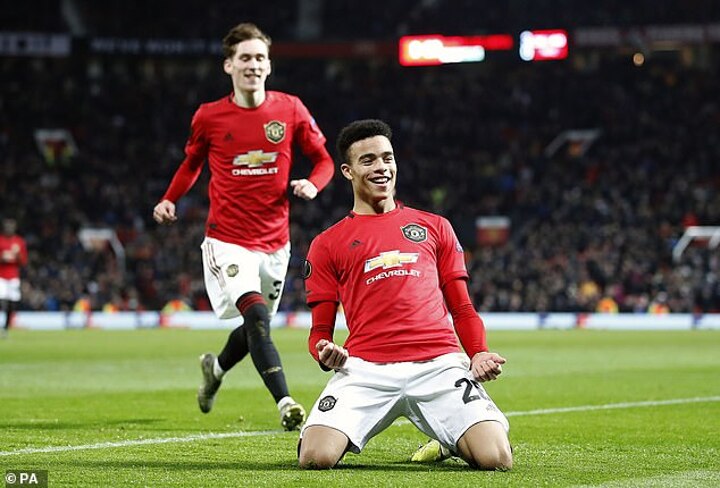 The Frenchman has dovetailed brilliant with Marcus Rashford in attack - with the pair interchanging positions from a wide-left berth to centrally.

Rashford was enjoying his best season to date before a back injury seemed set to curtail his season on January 15. However, the Covid-19 pandemic has meant that United's No 10 is now fit to resume the season - in what will be a welcome addition to Solskjaer.

Joining the other two in attack has tended to be Daniel James this season.

The Wales international has played more than anyone would have expected this season, due to injuries at the club, but his place is under threat. James has often found himself playing on the right wing this season, but it's clear that he's more comfortable on the left - a position occupied by Rashford and if not, Martial.

James' speed is unquestioned but in terms of cutting edge Mason Greenwood has delivered when given his opportunities.

Compared in style to Robin van Persie, Greenwood's ability to finish with either foot is unrivalled at the club and is highlighted by his 12 goals in 36 appearances for United this season in all competitions. 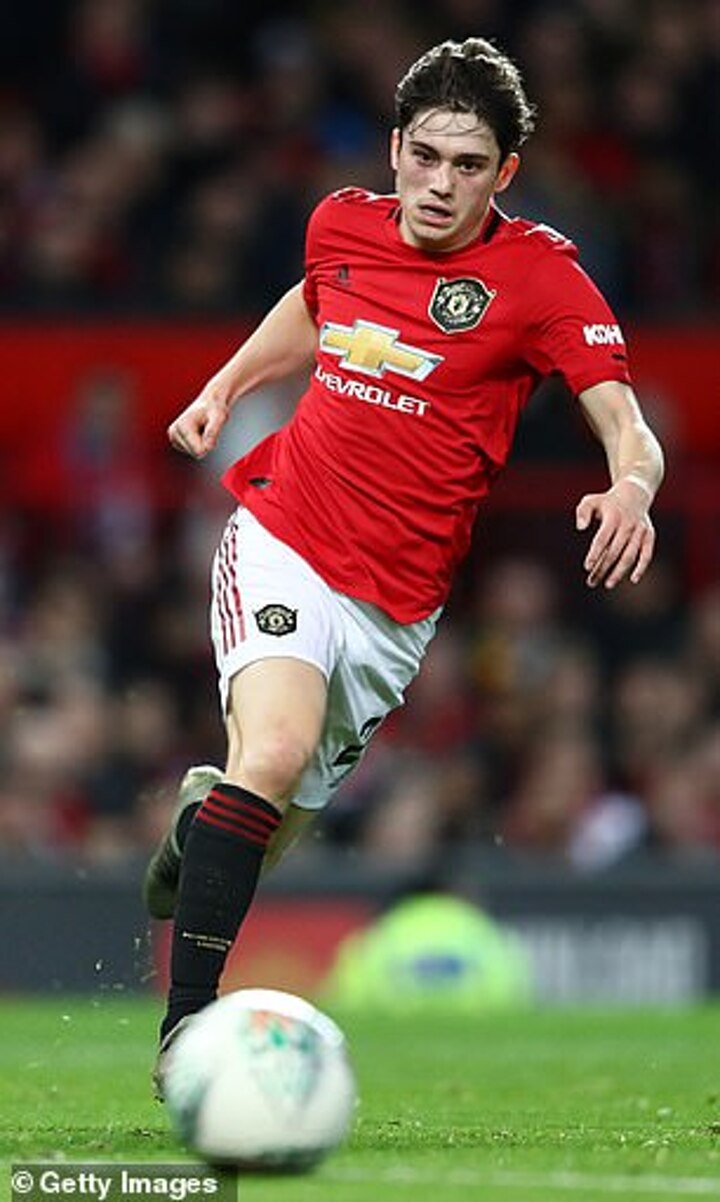 The aforementioned names all provide a dynamism to United's attack but none provide the skillset that Odion Ighalo does.

The on-loan striker has endeared himself to the Old Trafford faithful and has been dubbed the 'Nigerian Ronaldo' (the Brazil legend).

Seen as a back-up striker, Ighalo proves a totally different dynamic to United's attack. Quick like his team-mates, he stands out with his hold-up play and aerial presence. He knows where the back of the net is too judging by his four goals in eight games.

These are just five players at Solskjaer's disposal let alone the likes of Juan Mata and Jesse Lingard - who can play out wide or in a No 10 role.