Mauricio Pochettino is reportedly eyeing a return to management in the Premier League following his Paris Saint-Germain (PSG) sacking. 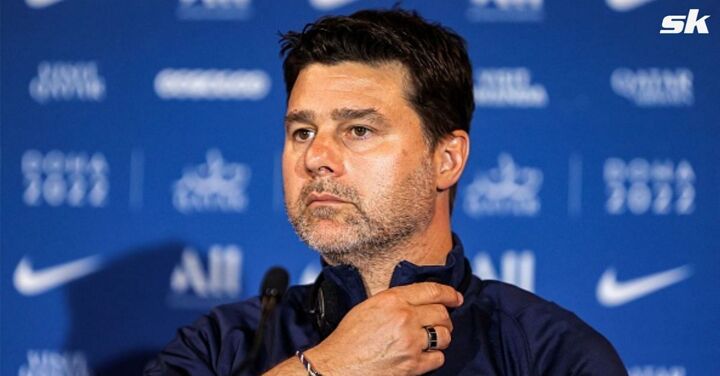 Pochettino was replaced by Christophe Galtier at the Parc des Princes, with the Argentine having spent two seasons in the French capital. He won the Ligue 1 title and the French Cup during his time in charge of PSG but failed to turn the Parisians into a top European contender.

PSG slipped out of the Champions League last season against Real Madrid in the Round of 16 in demoralising fashion.

Since that defeat, Pochettino's days in charge of PSG have always seemed numbered and he has now left the Parc des Princes.

The Sun reports that Pochettino is targeting a return to the Premier League as his next job.

The Argentine has reportedly even retained his home in London after he was sacked by Tottenham Hotspur in 2019.

A return to Spurs for Pochettino seems unlikely given the impressive tenure of current manager Antonio Conte so far.

Spurs' rivalry with Arsenal also puts the Gunners potentially out of the running, with Pochettino not keen on diminishing his connection with Tottenham.

However, the former Southampton boss is interested in taking over an ambitious Premier League side, with a source saying:

“Mauricio has never hidden his belief that he feels happier in the Premier League than anywhere else. He loves it in England and he also knows he is admired here for what he has done in the past.”

Mauricio Pochettino walks out of the Parc des Princes with a Ligue 1 winners medal.

The Argentine had not won a league title with any club up until this season. He now has huge experience having managed one of French football's most successful clubs.

He could have cut his stint with PSG short when Manchester United came calling earlier this year.

The 50-year-old decided to reportedly reject the Red Devils approach but that seems to have been a hasty decision. Erik ten Hag has now taken over at Old Trafford despite Pochettino having been the frontrunner to succeed Ole Gunnar Solskjaer.

Currently, there are no Premier League sides in need of a manager and judging by Pochettino's desire to join an ambitious club, he may have to wait.

Manchester City and Liverpool are more than happy with Pep Guardiola and Jurgen Klopp respectively.

The only side that were being linked with parting ways with their manager last season were Leicester City (via 90min). The Foxes perhaps coincide with Pochettino's idea of an ambitious club.

The Foxes have been impressive under Rodgers but last season perhaps came off the boil.

Should they fail to improve on the admirable eighth-placed finish they accomplished in 2021, Pochettino could look towards the King Power Stadium.