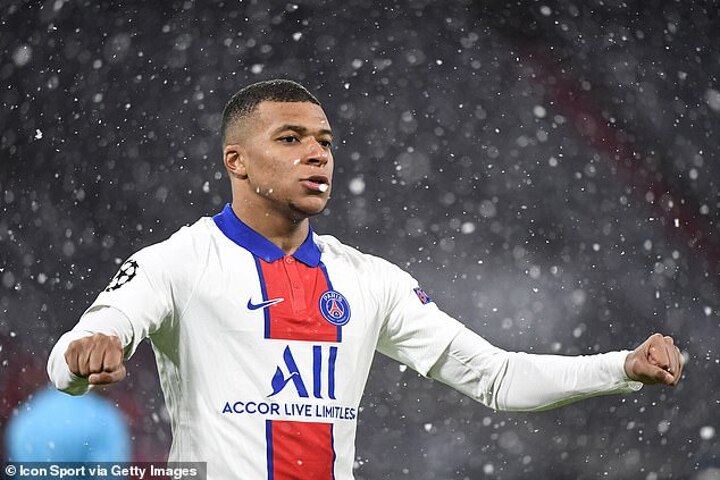 The 22-year-old struck three minutes into the tie at the Allianz Arena to give Mauricio Pochettino's side the lead, before Marquinhos doubled their lead in Munich.

The 2018 World Cup winner then restored the Ligue 1 side's lead in the second half with a driven finish after Eric Maxim Choupo-Moting and Thomas Muller had brought the hosts level. 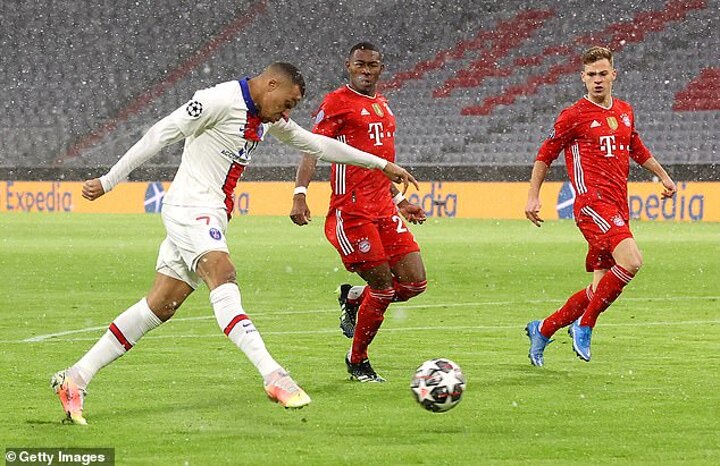 And speaking after the game to BT Sport, Mbappe praised the collective effort but urged his team-mates to remain focused on the second leg.

'It was a difficult game against the best team in Europe at the moment,' Mbappe said.

'We played well, like a team, the collective was good. My teammates were so good. And I want to say congratulations to the whole team.

'It is only the first game and we have another game at home, so we have to stay focused on the game.' 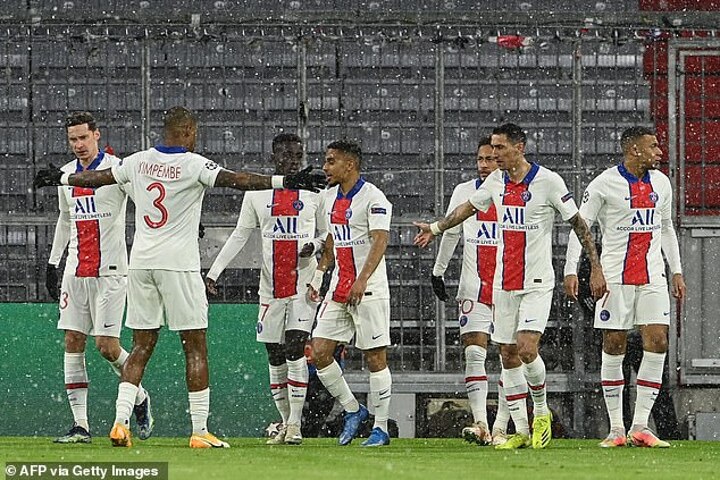 Choupo-Moting halved the deficit eight minutes before the break, but Mbappe revealed Argentine boss Pochettino urged his team to maintain their confidence in play.

'After the first goal, it's true we stayed back and Bayern Munich put a lot of pressure. But at half-time the coach said to keep the confidence and not to be scared to play.

'That is what we did in the second half, and it was so much better. It was a little bit difficult in the first 15 minutes of the second half and they equalised.

'But after we scored the last goal, we kept the result.' 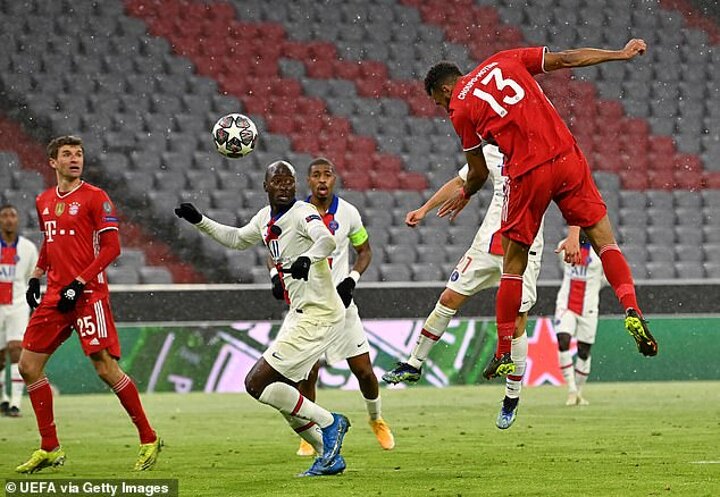 Mbappe beat Germany No 1 Manuel Neuer on two occasions on Wednesday night, having failed to score past him in last season's Champions League final in Lisbon.

And the France star revealed he hopes to get the better of the 35-year-old again when the two sides meet in the second leg next week in Paris.

'I love to play against the best players in the world,' Mbappe added. 'Manuel Neuer is one of the best keepers in history of the game. I don't have any pressure [when one-on-one with him].

'We played in the final against him, we didn't score, but now it was another game and I scored. I hope to score again.' 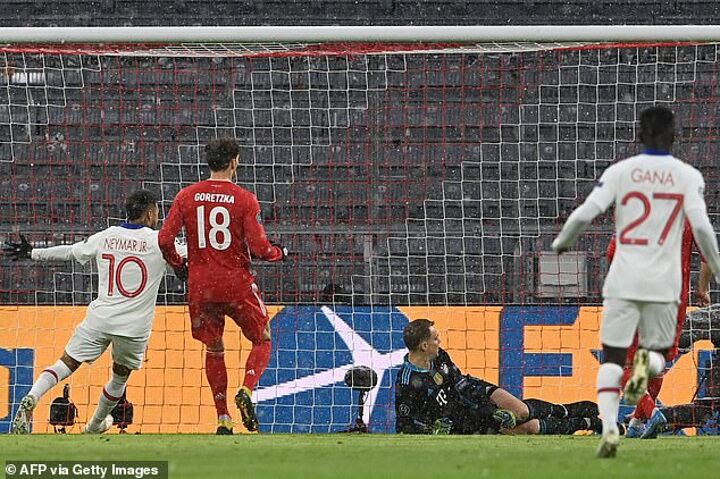