The Ballon d'Or voting records have been leaked online, which shows that Van Dijk was very close to winning his first Ballon d'Or trophy as there are only seven points between him and Messi. 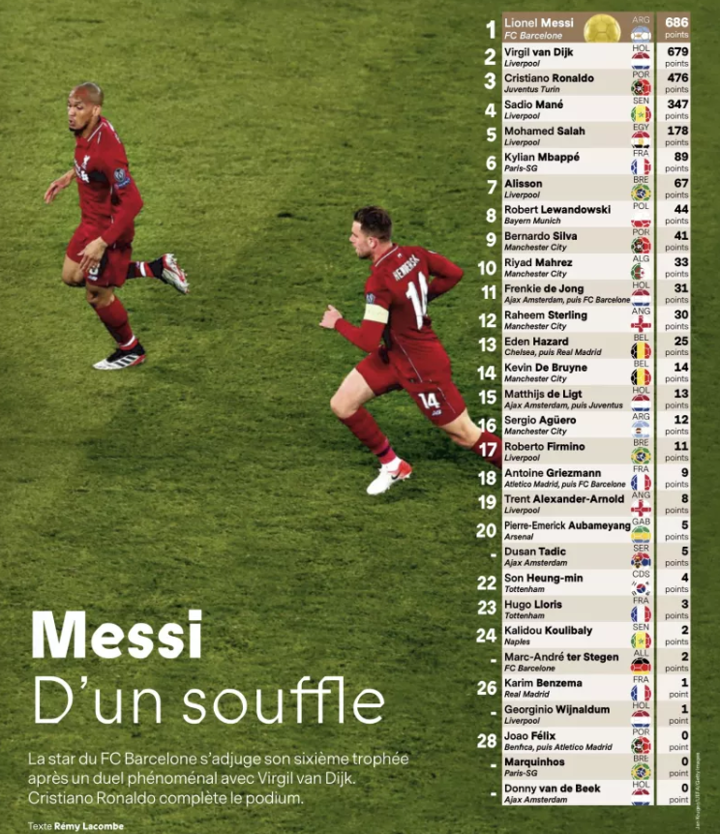 Lionel Messi has won his record-breaking sixth Ballon d'Or this year by beating Virgil van Dijk and Cristiano Ronaldo. But many football fans believe the Liverpool defender has the ability to clinch the trophy.

And the leaked voting records show that point of view. Van Dijk is only seven points behind the winner Messi.

Here are the full rankings:

And the detailed votes of the journalists from all around the world are also revealed. 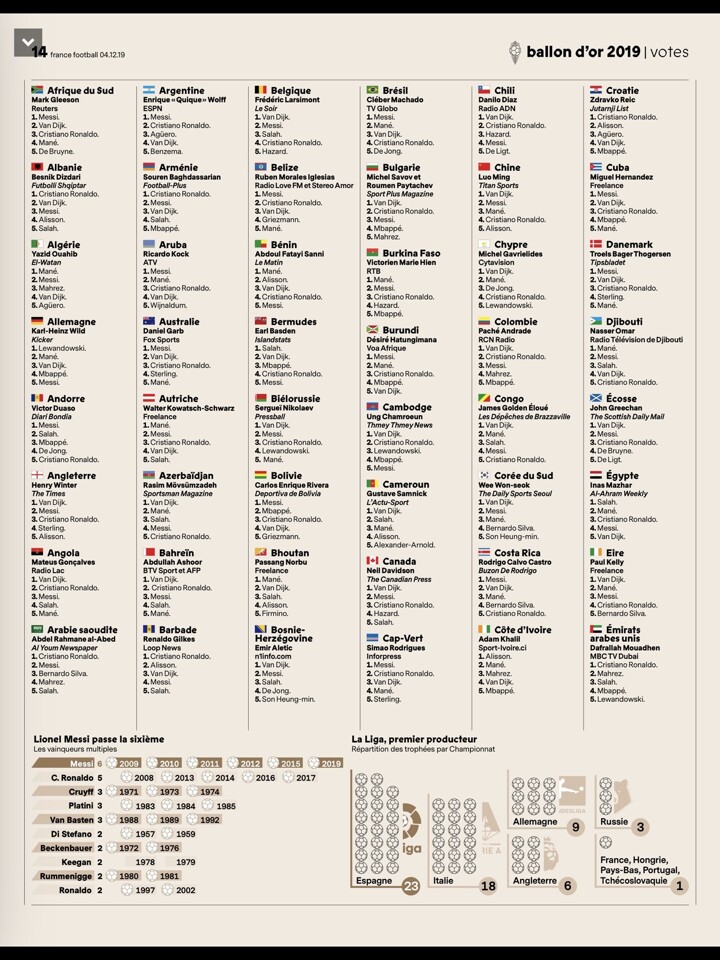 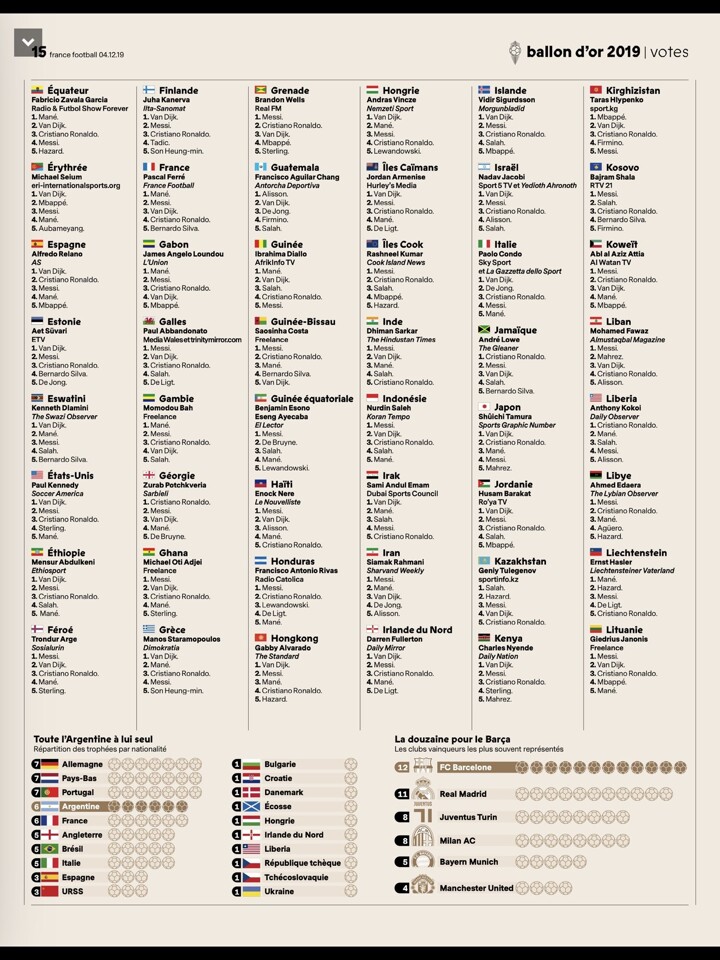 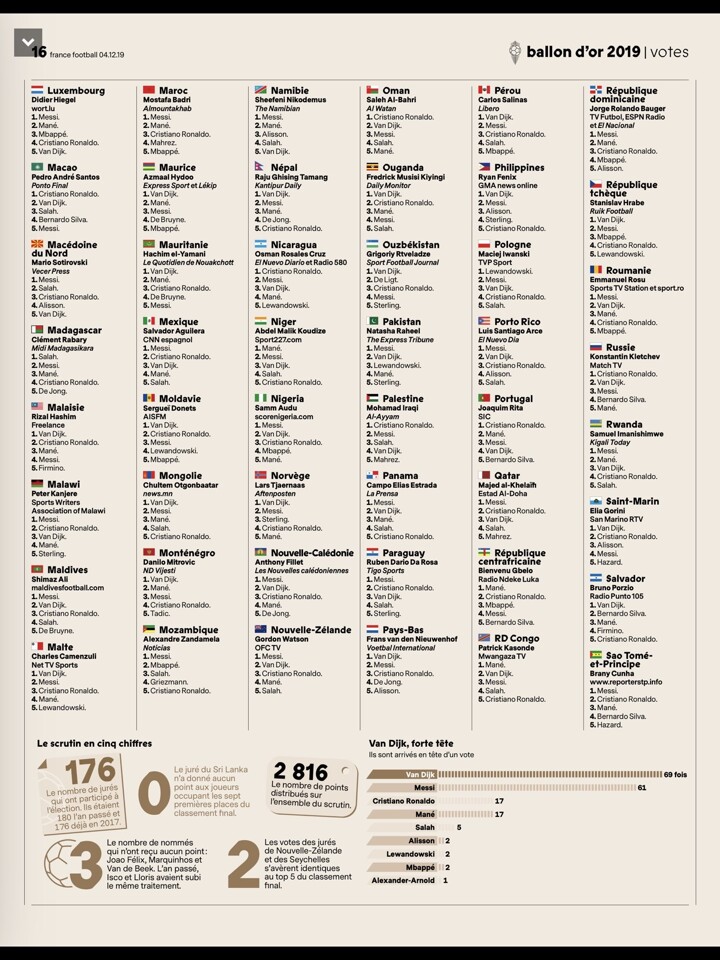 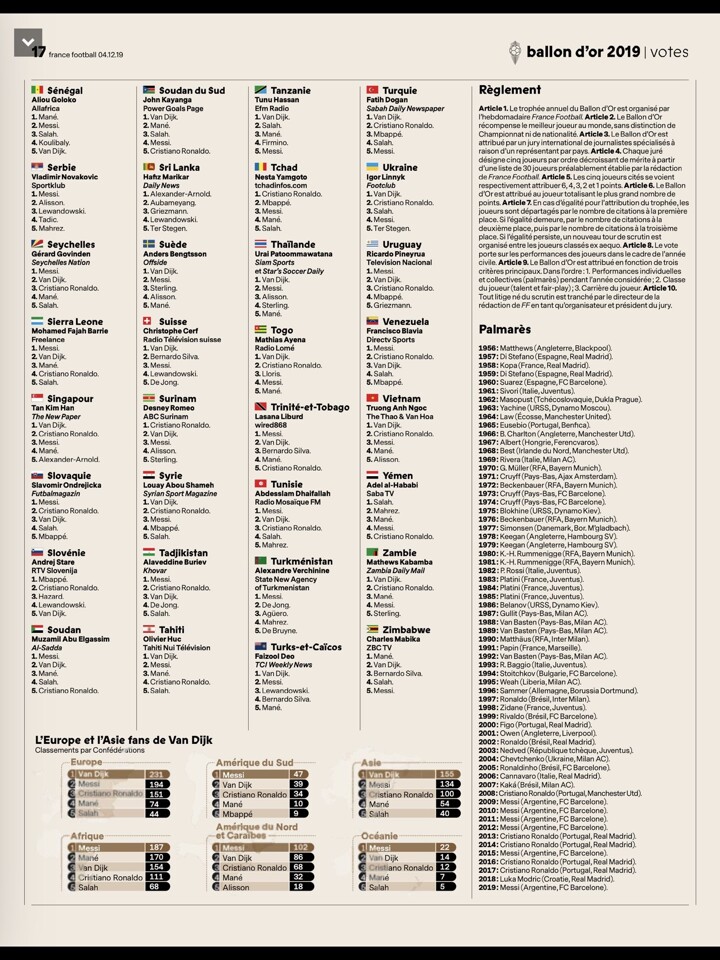