New Tottenham signing Richarlison has been given the number nine shirt at the north London club. 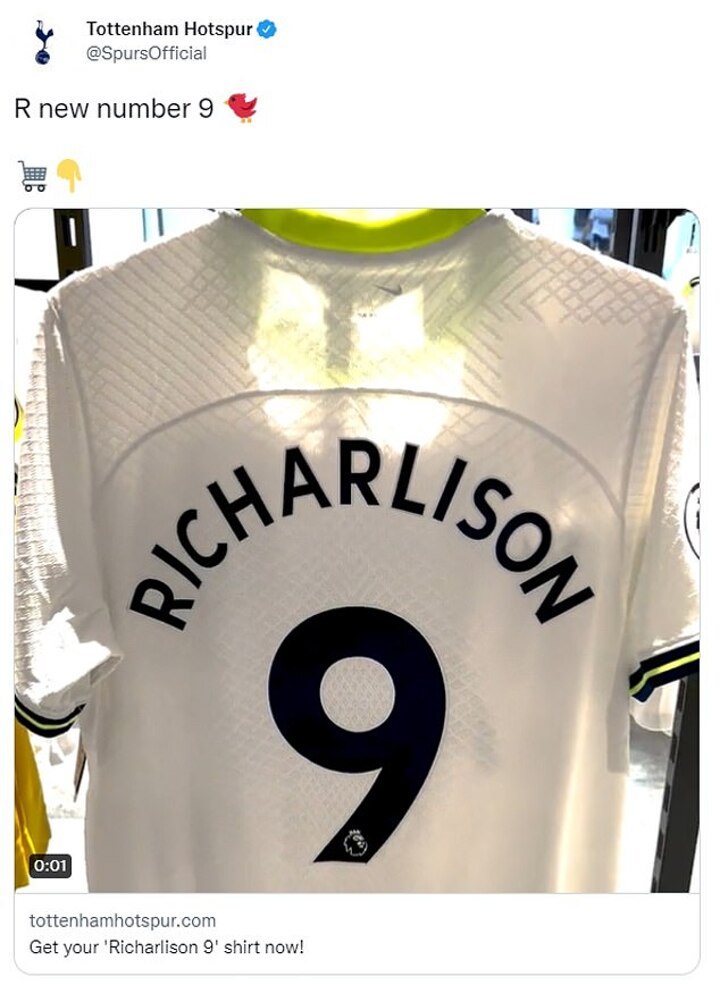 The Brazil international joined for a club-record fee of £60million after leaving Everton and will now take on the shirt number that has remained vacant since Spurs legend Gareth Bale's loan stint in 2020-21.

Able to play across the front three, the 25-year-old has signed a five-year deal at the Tottenham Hotspur Stadium and will join up with the rest of the squad this week in preparation for a pre-season tour of South Korea. 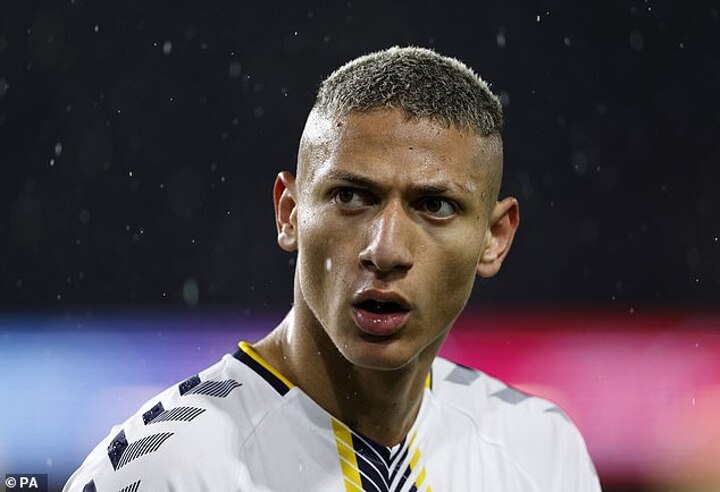 Richarlison, who scored 53 goals in 152 games for former club Everton after joining from Watford for £40million in 2018, is Spurs' fourth signing of the summer after the arrivals of Fraser Forster, Ivan Perisic and Yves Bissouma.

Tottenham did not hand out the number last season, but have given their new front man the iconic shirt.

In recent times it has been worn by the likes of Vincent Janssen as Spurs searched for an understudy for Harry Kane, and they will be hoping they have finally found their man with Richarlison's versatility being a huge plus. 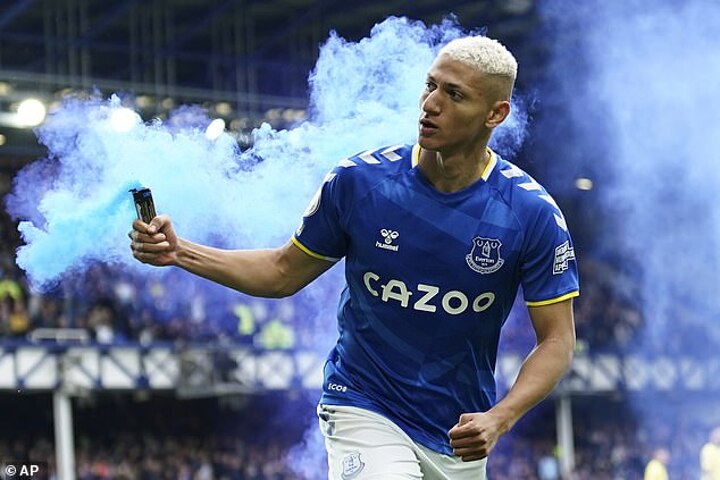 Tottenham fans will have to wait for the forward to don the shirt in a competitive game however after he was handed a one-match ban by the FA for throwing a flare into the stands during Everton's game against Chelsea at Goodison Park in May.

He was also fined £25,000 after admitting a charge of improper conduct.

As a result he will sit out Spurs' opening Premier League game of the season against Southampton on August 6, but could be in line to feature against Chelsea at Stamford Bridge on August 14.