Bruno Fernandes made amends for a penalty miss with a superb finish as Manchester United left it late to surge to victory at Newcastle. 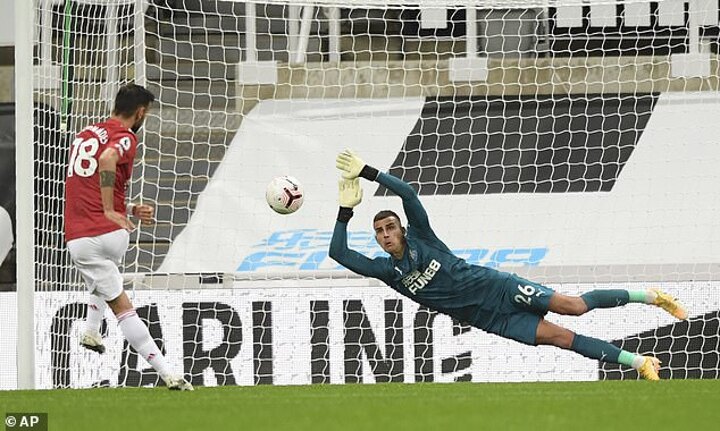 Fernandes capped a superb 86th-minute attack by clipping the ball inside the far post after earlier seeing his spot-kick saved by Karl Darlow, his first miss in a United shirt after 10 successful attempts.

The visitors, who had trailed through Luke Shaw's early own goal and got themselves level courtesy of Harry Maguire's 23rd-minute header, wrapped up a 4-1 win in stoppage time with a rocket from full-back Aaron Wan-Bissaka and a well-deserved goal for Marcus Rashford.

Little chance with Maguire's header and topped off an impressive night's work with a stunning penalty save from Fernandes.

Got forward well to provide the cross for Newcastle's early opener as he continues to win over the doubters with his whole-hearted efforts.

Important goal-line clearance to deny Marcus Rashford from the Newcastle skipper who again impressed with his commitment and desire.

Glared accusingly at his team-mate in the aftermath of Maguire's equaliser, but it was the defender who had been easily out-jumped by United's goal-scorer.

Solid again in defence and an ever-willing forward outlet when linking-up with Saint Maximin, the youngster looks very much at home in the top flight. 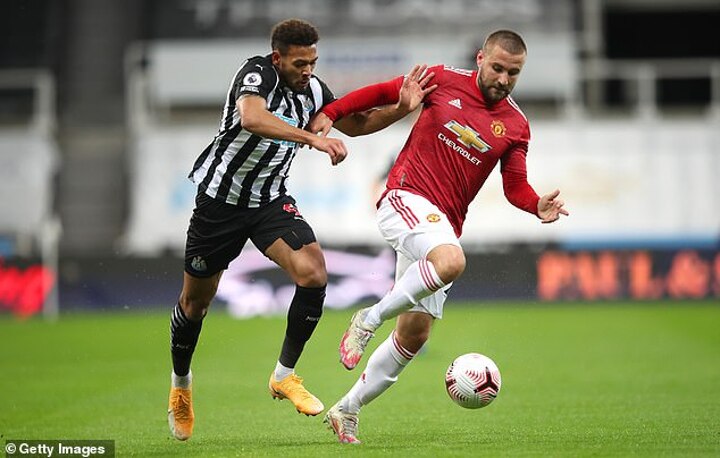 As ever, a willing workhorse in the Newcastle engine room, tigerish in the challenge and intelligent with his distribution

Faded after starting well and playing a pivotal role in Newcastle's early opener - a familiar failing for the Jekyll and Hyde midfielder.

Newcastle's Mr Dependable put his foot in when needed, and equally provided the silk when required in another consistent display.

United weren't the first - or last - opponents to use distinctly rough-house tactics in a bid to halt the flying Frenchman, with mixed results.

Not the first blink and you'll miss him no-show from the Brazilian who should have the decency to reimburse pay-per-view fans for this lethargic effort.

Looked certain to reward a hard-working display by levelling from Saint-Maximin's cross, only to be thwarted by De Gea. 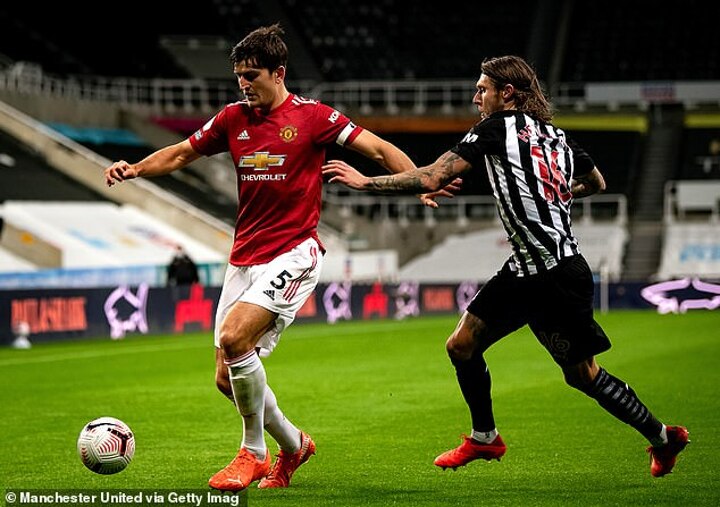 Hard to fault the Spaniard for Shaw's own goal, the United keeper produced a stunning second-half save to deny Wilson.

Had his hands full in dealing with Siant-Maximin on the full-back's 50th appearance for the club but stuck to his task.

Found wanting and out of position for Newcastle's goal, turned too easily in the build-up and slow getting back to cover.

A perfect riposte to the critics with a fine display topped-off by a goal against the only Premier League he has scored more than once against.

Unfortunate with the early own goal, but Maguire's leveller ensured there was at least a Shaw-shank redemption.

Always seemed to be in the right place at the right time to pick up the pieces to keep his side ticking over with his unflustered distribution.

Failed to exert the influence on proceedings he would have liked before he was withdrawn in favour of Paul Pogba.

At the hub of most of United's positive work, the Spaniard's set-piece delivery remains a constant threat.

A rare failure from the spot by the midfielder summed up a night of frustration after an earlier effort was ruled out for offside by VAR.

Many United fans were unhappy the young winger was picked ahead of Donny van de Beek, and he did little to dissuade them of that view.

Caused as many problems for the Newcastle defence as he continues to for Boris Johnson, earning United's ultimately unsuccessful penalty.