AC Milan and Italy legend Paolo Maldini has snubbed Cristiano Ronaldo while naming the three best players that he has seen play. 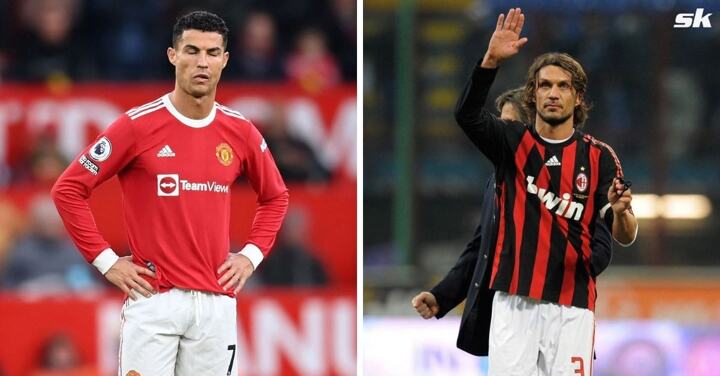 Maldini made the statement in an upcoming documentary on the Brazilian Ronaldo titled 'The Phenomenon.' He spent a year and a half playing alongside the legendary forward at Milan and went up against him multiple times during the latter's five-year stint with Inter.

Maldini played for one of the best teams of all time and faced some great footballers during a glorious career that spanned almost 25 years. But when asked to name the three best players that he has seen, the five-time UEFA Champions League winner said:

"The three greatest players I saw during my career were Messi, Maradona and him [Ronaldo Nazario]."

Here's a trailer of the upcoming documentary:

Ronaldo Nazario was one of the most fearsome strikers of all time and represented some great European clubs. He played for Barcelona, Real Madrid, Inter Milan and AC Milan in an illustrious career that also saw him lead Brazil to the FIFA World Cup title in 2002.

In all, he scored 295 goals at the club level and netted 62 times in 99 matches for his national team. The Brazilian has also been viewed by many as the one who changed the way forwards played with his incredible pace, close control and power.

Maldini's refusal to name Cristiano Ronaldo in his list comes with the Portugal skipper in the midst of a difficult start to the 2022-23 season.

The Manchester United forward was linked with an Old Trafford exit throughout the summer window in search of Champions League football. However, he failed to find potential suitors and is set to stay at Old Trafford at least until January 2023.

Cristiano Ronaldo has largely been restricted to appearances off the bench by new manager Erik ten Hag. The veteran superstar has started just three matches for the Red Devils this season and has come off the bench in five.

Ronaldo has scored just one goal so far, which came from the penalty spot in United's 2-0 UEFA Europa League win over FC Sheriff on September 15.