Paris Saint-Germain defender Presnel Kimpembe believes his team's 2-1 defeat to Pep Guardiola's Manchester City on Wednesday was not a fair reflection of their overall performance.

The French giants took the lead on the night with a well-taken goal from Kylian Mbappe on 50 minutes to put the visitors ahead, but goals from England international Raheem Sterling and Gabriel Jesus turned the tie around and handed the Sky Blues victory.

PSG progress to the last-16 after Club Brugge were thrashed 5-0 at home against RB Leipzig in the the other clash in Group A but Kimpembe admitted the loss to the English champions hurt. 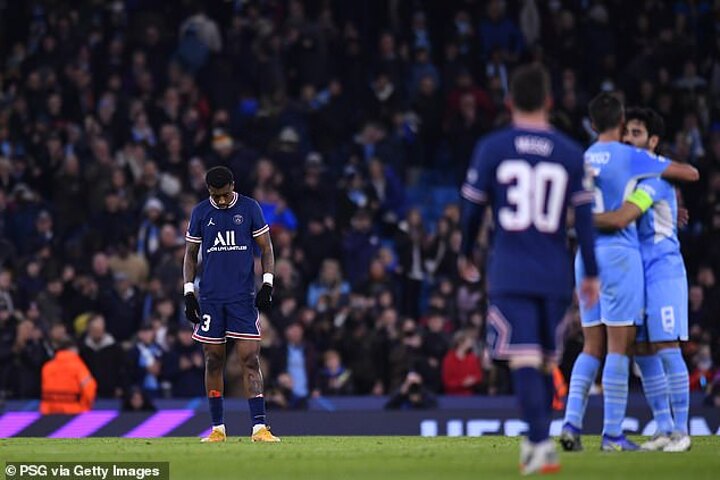 'The No 1 objective was to qualify, that's for sure, but we are still disappointed by this defeat,' the 26-year-old said.

'We know we can do better. We are competitors and we don't like defeat. What do we have to improve on? We have to kill the games earlier.

'We also have to work as a team, middle block, sliding, and that will do the trick.'

PSG manager Mauricio Pochettino, who continues to be linked with the Manchester United job, insists he was happy with his teams performance despite the result.

'There was no panic. They were better than us in the first half. When you look at the number of fouls we had, and the number they had, that's the truth of the first half', the Argentine boss told RMC Sport. 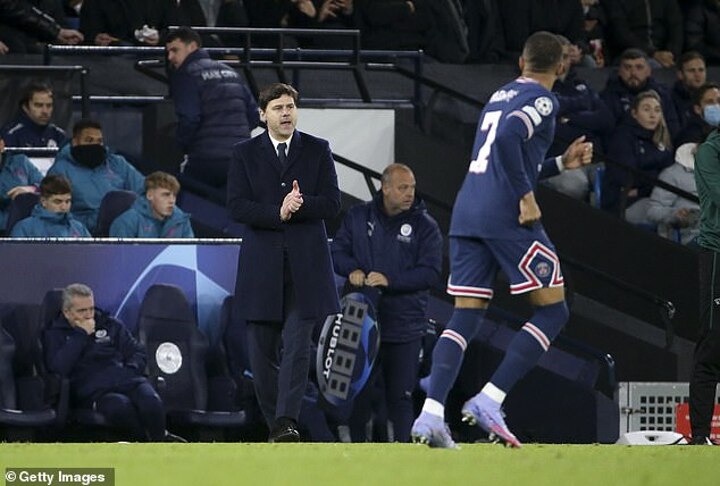 'There is a real difference between the two teams. We started the second half better, the team came out more. We had the chance to be in front, to open the score.

'We had to make some changes after the equaliser. The team felt it, it had difficulty to compensate, that gave the second goal.

'We will especially remember the second half, it is the face we wanted to see. I am very satisfied with all the players.

'Given the circumstances at the beginning of the season, it's good to be qualified.'