Phil Foden believes Manchester City are now back to their best after a hard-fought win over Brighton fired them back into the top four. 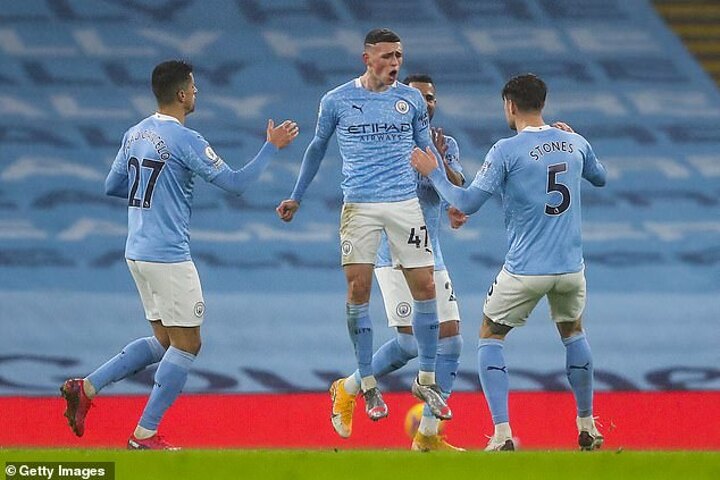 The 20-year-old, who progressed through the youth academy at the Etihad, netted the only goal of the game with a fine finish inside the near post - and wasted no time in laying down the gauntlet for City's title rivals.

However, Foden is also remaining firmly grounded and admitted Pep Guardiola's team will continue their challenge one game at a time.

He told BT Sport: 'We feel like we're back to our best now. We can take confidence from the last few results now.

'Today I still feel like we could have done better, and we dug deep to win.'

City were able to grind out their seventh consecutive victory across all competitions after downing struggling Brighton, and have managed to firmly haul their tilt on the summit back on track. 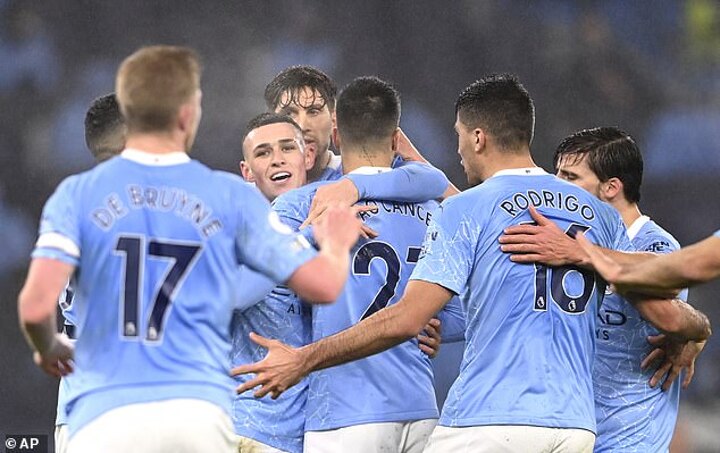 Foden's strike, which came just moments before the half-time whistle, proved the difference with Raheem Sterling blazing a stoppage-time penalty over the crossbar.

The former's tidy effort was his eighth of the season across all competitions, currently making him City's top scorer.

'I'm very proud of the team for how we kept going until the final whistle,' Foden added. 'Overall it's a great result. They made it difficult for us to break them down.

'To get the goal before half time was really important. It ended up being the winning goal so I'm delighted. 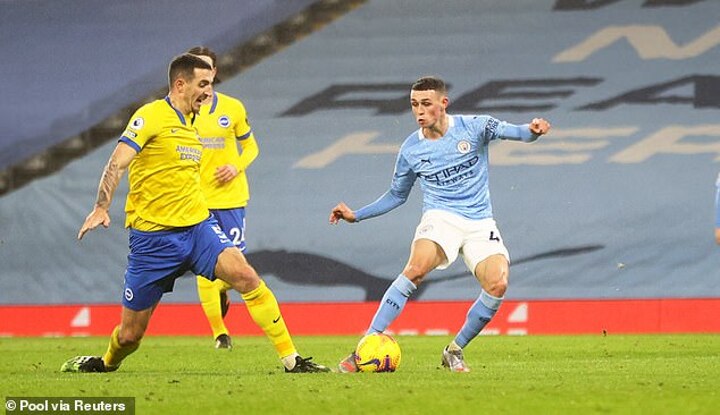 'I don't score too many right-footers, so when they come along I enjoy it.'

City return to action against Crystal Palace on Sunday, and Foden has insisted his team-mates' sights are firmly fixed on picking up another three points.

He said: 'We know we have a game in hand, and we have to think about our next opponent now and not look too far ahead.'