Given that he has four Premier League winner's medals to his name, it seems remarkable that Phil Foden has made only one appearance at a senior World Cup. 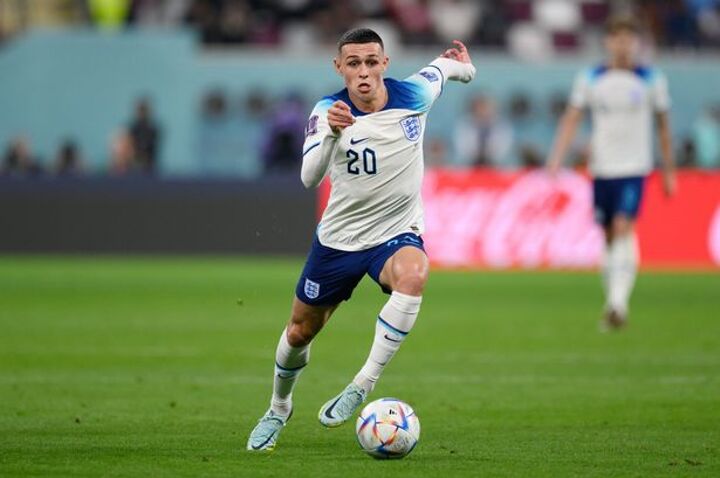 The young Manchester City star made his World Cup debut in England's 6-2 defeat of Iran on Monday and will be hoping to feature when Gareth Southgate's side take on the USA on Friday. Having missed out on playing in the final of the European Championship last year through injury, Foden will be desperate to help his side go deep in the tournament.

However, to say this is his first World Cup is not strictly true. Foden played an integral role in England winning the Under-17s World Cup in 2017, scoring two goals in the final as England beat Spain 5-2. He was awarded the Golden Ball prize for his performances in a tournament he believes helped him get his breakthrough at City.

"Before the tournament, you know, we weren't really heard of, none of us players-wise," Foden told SPORTbible.

"The second we won it, not just for me, for the whole team as well, it's like life changed. Everyone was talking about us on social media and saying, 'This player can go on to do this in the first team'.

"It changed our lives and it gave me massive confidence going back to City and training with great players and wanting to improve and get into the team."

Foden's rise over the five years since has been meteoric. The 22-year-old has won the Premier League and League Cup four times each, the FA Cup once and has appeared in a Champions League final. Twice he has been named the PFA Young Player of the Year, although he doesn't think he's been able to take his club form onto the international stage so far.

"I still feel my level could be much better in an England shirt. Sometimes it’s not easy going with players you’ve not really played with before and in a different way. It’s more [about] understanding their game.

"It’s something you’ve got to adapt to and live up to. I'm hoping that the next time I get the opportunity to play I can bring my club form in. I think I'm understanding it more and getting a connection with the players."