Gerard Pique said he was "hurt" to hear the jeers directed at Barcelona team-mate Sergi Roberto on Tuesday in a 3-0 Champions League group stage defeat to Bayern Munich. 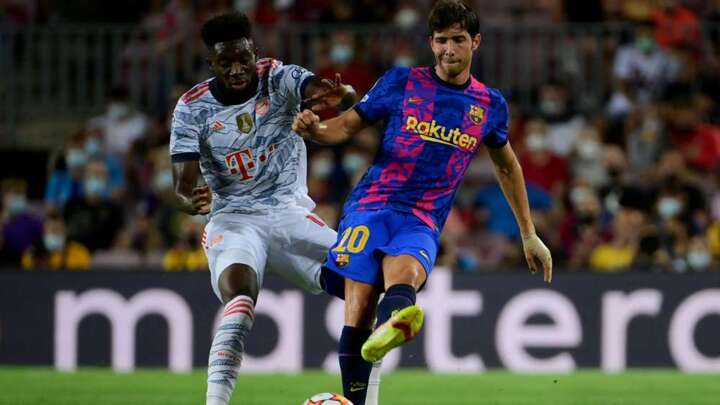 Fans at Camp Nou grew impatient with Sergi Roberto as he struggled in his wing-back role and whistled at him when he was substituted off in the 59th minute.

In his defence of his compatriot, Pique noted that the Spaniard was playing outside of his more natural role as a midfielder.

"It hurts me a lot personally because I know this person, he’s a spectacular human being and he loves this club more than anybody," Pique told Movistar.

"I’d like to remind people also that he’s not a full-back… he’s a central player, a midfielder. He’s made a sacrifice to play this position and he’s done it phenomenally many times.

"It hurts a lot but the people are free to voice their opinions but if you ask me personally, it hurts a lot."

The loss meant Barcelona have fallen in three straight home games in Europe for the first time in their history. They've been out-scored 10-1 in those matches.

Additionally, the team failed to hit the target for the first time in a Champions League affair since at least 2003-04.

Even at home, a lopsided defeat was not entirely unexpected considering the exodus of key players over the summer amid financial crisis. Still, the first Champions League match of the post-Lionel Messi era offered a stark look at how much the typically dominant club has crumbled.

The Blaugrana will need to refocus quickly in order to avoid a knockout exit, with fellow Group E participants Benfica and Dynamo Kiev no strangers to this competition.