Real Madrid boss Carlo Ancelotti has cleared the air around Eden Hazard's future amid rumors of an exit. 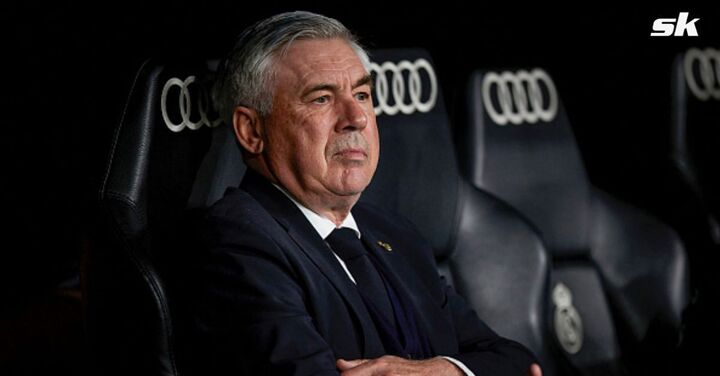 The Belgian has endured another miserable campaign with Los Blancos and was linked with a sensational Premier League return.

Arsenal emerged as a shocking potential destination for him after Foot Mercato reported that the Gunners have held talks with the Spanish giants over a potential loan deal.

A return to Chelsea was also teased.

But now, Ancelotti has poured cold water over all transfer speculations by coming clean on the issue. Transfer pundit Fabrizio Romano quoted him saying (via Sergio Quirante):

“Eden Hazard will stay here at Real Madrid next season. Hazard’s plan is very clear, he wants to show his quality next season”.

Since his €100 million transfer from Chelsea in 2019, the forward's time in the Spanish capital has been riddled with recurring injuries. This has severely hampered his playing time.

In his first two years, he amassed only 43 appearances, most of which were off the bench and scored only five goals in all competitions.

Despite keeping himself relatively fit this season, Hazard has been limited to only a bit-part role. Injury reared its ugly head once again in April after he sustained a calf problem that kept him out for almost a month.

He has played 22 games this season but clocked only 877 minutes of action, scoring just once and bagging two assists.

It's been a tragic fall from grace for a player who enjoys legendary status at Chelsea, where Hazard established himself as among the best in Europe.

In 352 games for the Blues, the Belgian scored 110 goals and made 92 assists, lifting six titles, including two Premier League and Europa League trophies each.

Real Madrid are in the final of the Champions League once again and aim to extend their record to 14 titles.

Standing in their way is a familiar foe in Liverpool, whom they beat in the 2018 Kyiv showpiece and then again in the quarter-finals of last season.

The Reds will be gunning for revenge but Los Blancos have shown their mettle with emphatic comebacks in the knockout stages. Madrid got past PSG, Chelsea and Manchester City, coming from behind on each occasion.

Spearheaded by the irrepressible Karim Benzema, Ancelotti's side have displayed a stunning never-say-die attitude in the face of defeat and will take some stopping in the final too.