A goal from Philippe Coutinho and a brace from Lionel Messi ensured that Barcelona beat Girona 3-1 at the Estadi Johan Cruyff on Wednesday evening. 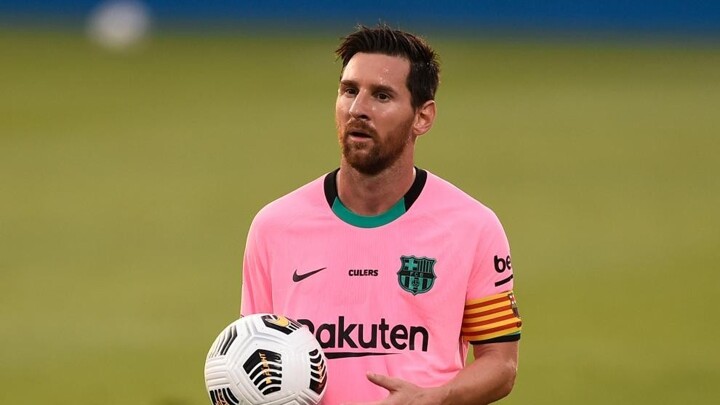 Ronald Koeman opted for a 4-2-3-1 formation which included Messi, Coutinho, Francisco Trincao and Antoine Griezmann in the front four, while Ronald Araujo partnered Gerard Pique at centre-back, despite Clement Lenglet being on the bench.

The XI players the Dutchman opted for remained on the pitch for just over an hour, at which point nine changes were made; only Neto and Araujo played the full 90 minutes.

The game almost got off to a great start for Barcelona as Coutinho's shot hit the crossbar, yet they had to wait until the 21st minute to open the scoring.

Messi played a pass in behind the Girona defence for Trincao to run on to, with the Portuguese winger looking up and playing a first-time pass to Coutinho, who simply tapped into the empty net to give Barcelona a 1-0 lead.

The likes of Coutinho and Messi were making Juan Carlos work hard in the Girona goal to prevent the Blaugrana from extending their advantage to two goals, but they were finally able to grab a second just before the half-time break.

In the play following a Messi free-kick which seemed destined for the left post but was pushed out for a corner by Juan Carlos, the Argentine received the ball from Coutinho, turned away from Samu Saiz and onto his right foot before firing a shot towards goal, which hit the right post and went in.

Koeman decided to make no changes at half time, but it seemed that his players were not fully focused after the break as Samu Saiz cut the deficit to one goal.

A Frenkie de Jong pass was intercepted by Jairo Izquierdo, who played in Samu and he simply fired a shot through Neto and into the bottom left corner.

Messi received the ball on the edge of the box, this time on the right, and was given the space to open his body and fire a shot towards goal, yet it was deflected by Jonas Ramalho, which wrongfooted Juan Carlos in the Girona goal. 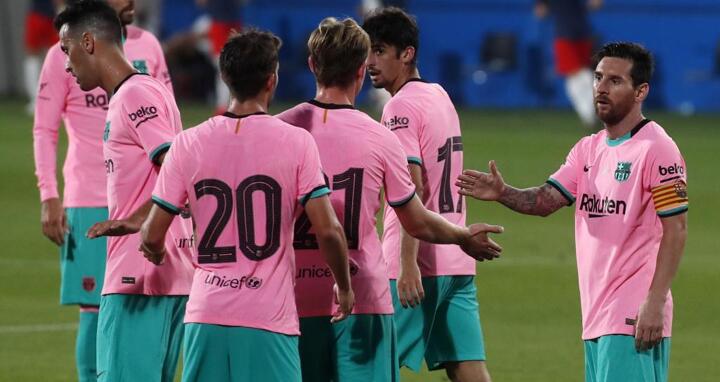 The 62nd minute saw Barcelona make nine changes, with only Araujo and Neto remaining on the pitch.

One of those to come on was Pedri, and he looked the most likely to add to Barcelona's lead.

The 17-year-old forced Jose Aurelio Suarez, who replaced Juan Carlos, into a full-stretch save to prevent him from scoring in the 66th minute.

Then, four minutes later, Pedri had another chance to score. Konrad de la Fuente ran at the Girona defence before laying the ball off to Pedri, but he once again forced Suarez into a save, this time tipping the shot around the post.

Ousmane Dembele also created some danger after coming on but, as has often been the case during his time in Catalonia, he failed to keep his composure.

There was one big chance for the French winger as he dribbled in and out of two Girona players before getting a clear shot away at goal, but he skied his effort over the bar.

For Koeman, there was some positive signs as the players seem to be adjusting to his 4-2-3-1 shape.

What was interesting to note was the way in which Messi and Griezmann occupied the No.9 spot at various moments in the game, but the truth is that the front four were very fluid with their movement.

After winning their first two pre-season games, Barcelona will want to make it three from three when they face Elche in the Joan Gamper Trophy on Saturday at 19:00 CEST.

The Blaugrana's first game in LaLiga Santander will then come eight days later, when they welcome Villarreal to the Camp Nou.