Liverpool return to European action in front of fans at Anfield for the first time in 553 days when they host AC Milan on Wednesday night. 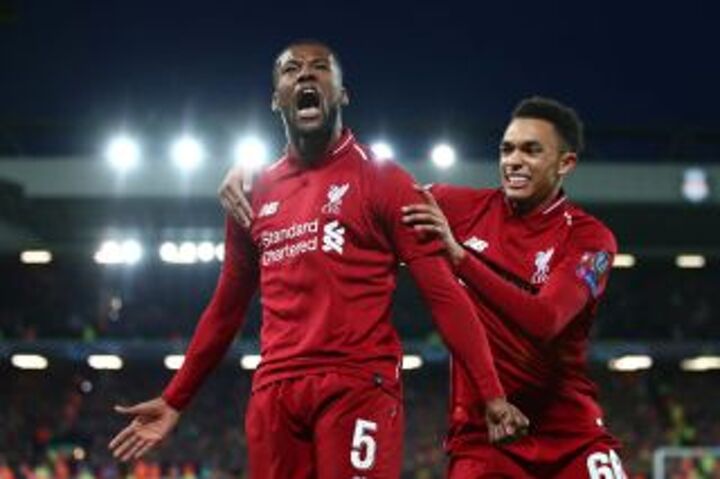 It is a fixture that conjures memories of the incredible ‘Miracle of Istanbul’ in the 2005 Champions League final, and the defeat for Rafa Benitez’s side in Athens two years later. Incredibly, for two sides who have won Europe’s elite competition 13 times between them, those two finals are the only time they have met in a competitive fixture before this.

The tie being a group game and not in the knockout stages means that it is unlikely to enter Anfield folklore as one of those famous nights under the lights, but it promises to be a memorable occasion with fans back after 18 months. Indeed, Liverpool fans have only seen their side defeated in a knockout stage tie under Jurgen Klopp once before - that being the final football match to be played before the pandemic, against Atletico Madrid in March 2020.

Now, Klopp begins his fifth consecutive season with Liverpool in the Champions League, having also overseen a Europa League run in the season that he arrived on Merseyside six years ago. To get you in the mood, let's take a look back at Anfield’s most memorable European nights under the German’s tutelage.

England’s two most successful clubs had met 184 times in domestic football but never in European competition when they were drawn against each other in Klopp’s first season at Anfield.

It pitted Klopp against Louis van Gaal, and a ferocious Anfield crowd saw Daniel Sturridge and Roberto Firmino give Liverpool a comfortable win.

At this point, it was the finest night in Klopp’s six months in charge so far. Much, much bigger nights, though, were on the horizon.

This was a match that really announced that Liverpool were back on the European stage, going 5-0 ahead in the Champions League semi-final.

Mo Salah was at his absolute best against his former side, dinking one over their keeper - a certain Alisson Becker - and tormenting Roma’s left side.

Anfield’s atmosphere was absolutely pumping, fans eager to see their side to their first European Cup final in 11 years. A goal just before half-time ensured the then-newly adopted ‘Allez Allez Allez’ continued in the concourses and on the stands throughout the break.

Two for Salah, two for Roberto Firmino and one for Sadio Mane, this was Liverpool’s fearsome front three at the absolute peak of their powers.

That Roma thrashing came after an absolute tactical masterclass from Klopp against Pep Guardiola in the quarter-final. It was a 3-0 win just three months after a 4-3 at Anfield in the Premier League - that encounter having seen Liverpool 4-1 ahead until late on. Klopp really had the better of Guardiola at this stage.

Alex Oxlade-Chamberlain’s strike from distance inside 20 minutes had Liverpool 2-0 up and the Kop absolutely bouncing. It was 3-0 inside the half-hour: essentially, the tie was already over.

“We stopped playing in the second half,” remarked Klopp afterwards.

After beating Man United, Klopp’s former club arrived at Anfield in his first season in charge of the Reds. It was a fixture covered in narratives.

After a 1-1 draw in Germany, Dortmund went 2-0 up inside 10 minutes and when Marco Reus made it 3-1 with half an hour to play Liverpool then needed four goals without reply. It looked like an impossible task, to say the least.

But one Kopite hadn’t given up hope and he took to the corner of the ground to wave one of the large flags. What followed was scenes that Anfield hadn’t witnessed since 2007: Phillippe Coutinho pulled one back, Mamadou Sakho headed another to make it 3-3, before Dejan Lovren crashed home the winner in stoppage time.

Up in the old Anfield press box, Klopp’s best mate and then-Huddersfield manager David Wagner went chasing down the steps to celebrate. Liverpool were heading to a European final less than seven months after Klopp had arrived at the club.

When FourFourTwo sat down with Klopp and asked which game from his 20 years as a manager he would like to revisit but sit in the stands for, his answer was unequivocal.

“It has to be Barcelona game,” the German enthused. “I just don’t think anybody will see that again. It was so rare, so special, so crazy difficult.”

He’s right. No side has ever lost a European semi-final by three goals in the first leg and still gone on to win the tie. And let’s remember that Liverpool were without Mo Salah and Roberto Firmino, lost Andy Robertson to injury in the first half, and captain Jordan Henderson had to get on a static bike at half-time to keep his knee from seizing up after he also suffered an injury.

The incredible scenes, with an emotional You’ll Never Walk Alone post-match, and a brilliant rendition of John Lennon’s ‘Imagine’ that was applauded by Barcelona supporters, will never be replicated anywhere. It is truly Anfield’s finest-ever night.

What the result also meant was that one of Liverpool’s greatest sides of the modern era would not end the season tropyhless, going on to lift the club’s sixth European Cup in Madrid the following month, having finished second in the league despite a club record points total.

And for Barcelona, it was a result that haunts them to this day, with players and staff admitting that tears were shed inside the Anfield dressing room and the effects were felt long into the following season.

Boost your game with the best football kit deals on Amazon right now!

Subscribe to FourFourTwo today and get three issues delivered for just £3. The offer ends October 17, 2021.

GUIDE Premier League live streams: How to watch every game from anywhere in the world

QUIZ Can you name the 25 highest-scoring active international men's players?