Rio Ferdinand and Darren Bent have criticized Arsenal defender Gabriel Magalhaes for his mistake during the Gunners' win over Tottenham Hotspur today (October 1). 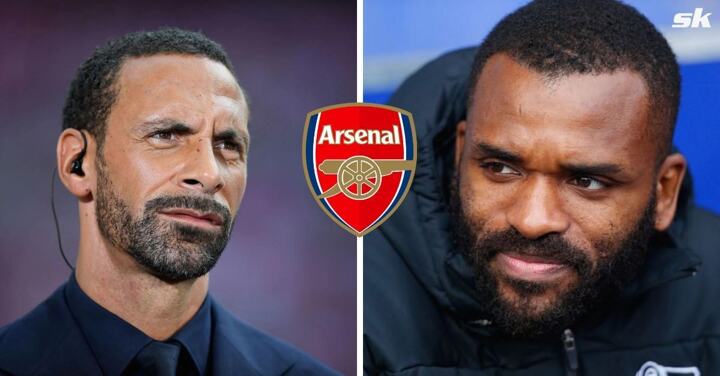 Arsenal secured a 3-1 win against 10-men Tottenham Hotspur in the north London derby at the Emirates. The result will see the Gunners sit atop the Premier League table while Spurs remain third.

However, it wasn't all roses for Mikel Arteta's men, with Gabriel conceding a penalty to let Spurs equalize in the first half. This led to Ferdinand and Bent taking to Twitter to criticize the Brazilian.

Ferdinand didn't say much, tweeting the hashtag #stayonyafeet in response to the poorly timed tackle from the Arsenal defender, while Bent tweeted:

Both former Premier League players agreed that Gabriel did not need to lunge into the tackle in the penalty area, where he brought down Richarlison. Harry Kane converted the penalty, putting Tottenham level against the Gunners, who had opened the scoring via Thomas Partey.

The 24-year-old defender has been a vital player for Mikel Arteta, having started eight Premier League games and one UEFA Europa League game.

However, his performances for Arsenal have done little to impress Selecao manager Tite. He did not call the defender to the Brazil national team during their recent friendlies.

The Gunners midfield were cardinal in showcasing an impressive display in the north London derby, where two midfielders were on hand to score two goals.

It was Thomas Partey who opened the scoring for Mikel Arteta's side, thanks to a brilliantly curled shot from range into the top corner. Spurs chose to defend deep, crowding the area to keep the Gunners out. However, Partey punished them with his long range effort to put his side ahead.

Gabriel showed poor judgment just over 10 minutes later with a tackle on Richarlison in the box. This saw the referee point to the spot after a moment's deliberation. Harry Kane converted with ease, sending Aaron Ramsdale to the right while placing his effort into the center of the goal.

In the second half, Gabriel Jesus was the first to react and poke the ball into the net from point-blank range after an error from Hugo Lloris.

The visitors went from bad to worse after a bad tackle from Emerson Royal on Gabriel Martinelli saw the defender receive a straight red card.

Granit Xhaka was on hand to set the scoreline in stone for Arsenal, making him the second midfielder to score in the derby on the day.

The Gunners continued their impressive start to the season and will next host Bodo/Glimt in the UEFA Europa League on October 6.