Ronald Koeman has slammed Allan Nyom for allegedly saying 'ugly things' to him during Barcelona's shock 1-0 defeat against Getafe. 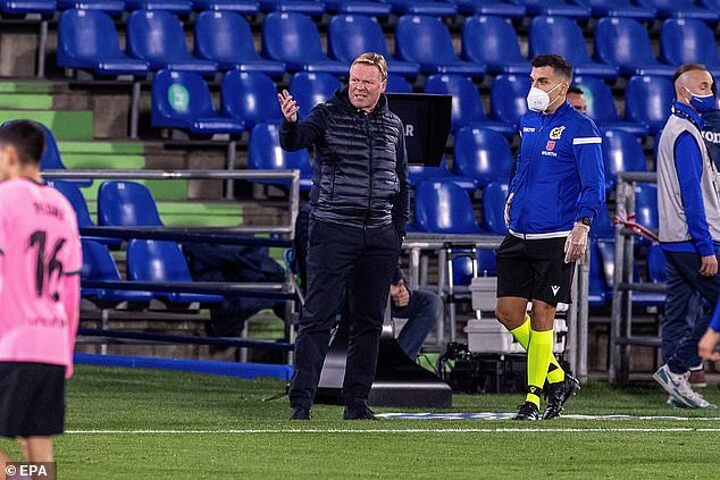 Jaime Mata's second-half penalty condemned Barca to their first La Liga defeat of the season in a typically physical showing from the home side.

The Barca manager was seen angrily approaching and talking to opposite number Jose Bordalas at the final whistle. Koeman later revealed it was regarding the words of the full-back aimed at him during the encounter. 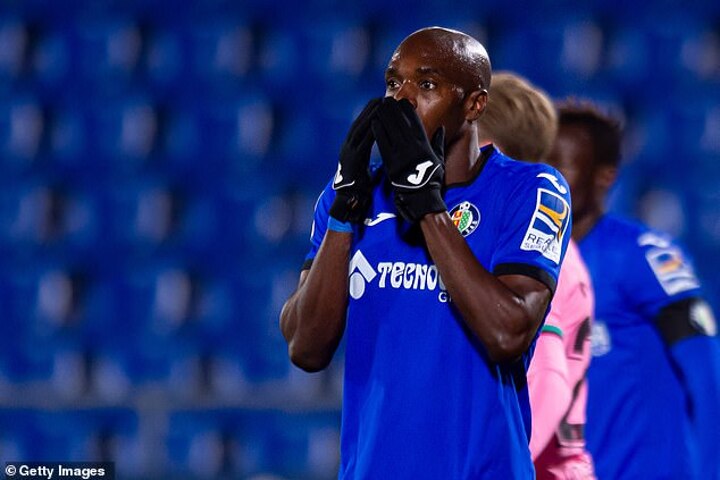 'I told him that Nyom had shown me a lack of respect,' he said. I won't repeat what he said, but that's what I told Bordalas,' Ronald Koeman revealed after the defeat.

'Nyom insulted me, he showed a lot of disrespect. I will not accept that. We can't let that happen in the modern game. I will not repeat it, no, but it was very ugly (what he said).'

The former Watford and West Brom defender was heavily involved in much of the controversy in the game, committing several fouls included an elbow to Lionel Messi but only received a yellow card.

Koemen made his feelings clear on the referee's decisions, which also included awarding the winning penalty in the second half. 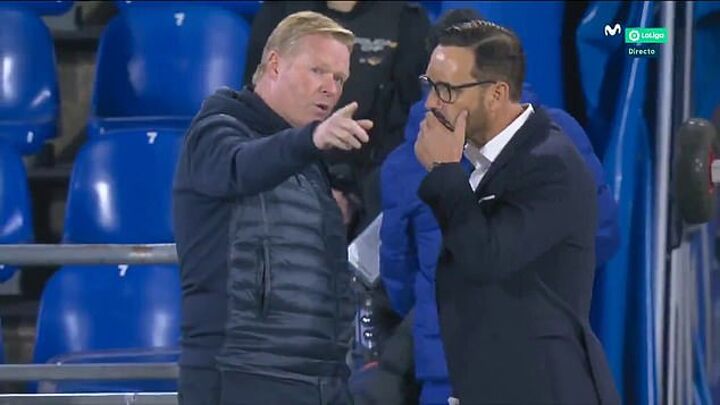 'I don't like to speak about the officials, I think if you see the game, the fouls, the cards, you can give your opinion, I don't want to, it's not an easy job for the referees', Koeman added.

However, he couldn't resist making a point: 'There's a referee, two assistants, a fourth official and VAR... well, I don't know if we had VAR tonight, but the most important thing is to look at yourselves.'

The defeat leaves the Catalan club in ninth place while Getafe find themselves in a lofty second place, level on points with Barca's bitter rivals Real Madrid, who also suffered a shock 1-0 defeat at home to Cadiz. 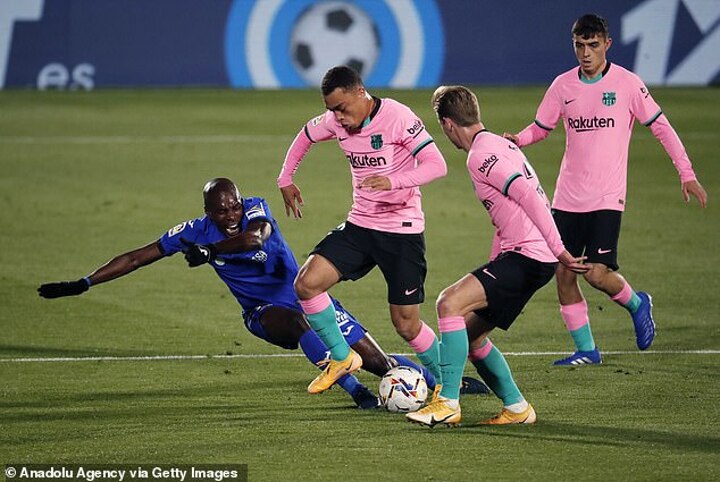