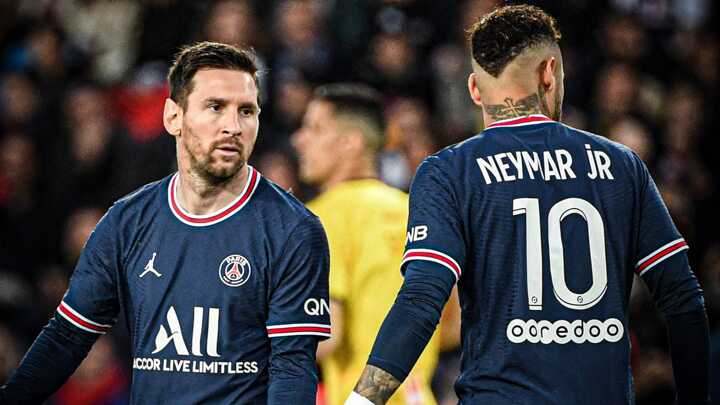 Ronaldinho has hit out at the boos aimed at Lionel Messi and Neymar at Paris Saint-Germain this season, asking rhetorically if fans would rather have "the worst players in the world" as opposed to two of its modern greats.

The first reunion campaign between the former Barcelona duo has yielded a Ligue 1 title, but a failure in Europe once more saw supporters turn their ire on the pair of South American internationals.

Yet the former attacker - an ex-PSG man himself - feels the reception is unjust, hitting out at the dismissal of superstar talents while saying they need time to settle into a cohesive squad.

What did Ronaldinho say about PSG's stars?

"I don't understand because there are all the great players," the Brazil legend told RMC Sport. "You want to change everything? What do you want to have, the worst players in the world?

"We have to wait for them to understand this new way of living and playing football. The rest will come slowly. This adaptation is normal, to do things well.

"[Neymar] is one of the best players in the world. He's had several injuries this year. When he's at 100 per cent, he's a really special player for this team. Neymar, Di Maria, Messi... the greatest players are together. If you're not happy with that, who are you going to play with?"

What did Ronaldinho say on Mbappe?

On Kylian Mbappe, he added: "He's going to become the best player in the world. The rest is up to him where he's going to play and what he wants to do."

On the matter of Mbappe - who is widely tipped to depart Parc des Princes for Real Madrid this summer - the Brazilian mooted that he would not offer suggestions to the star, instead saying the France star must go for what pleases him most rather than others.

"I have no advice," he added. "I love him very much. The most important thing is that he is happy, the rest will come normally.

"He's going to become the best player in the world. The rest is up to him where he's going to play and what he wants to do."