Former Premier League striker Darren Bent believes that Southampton captain James Ward-Prowse is only second to Lionel Messi when it comes to scoring from free-kicks. 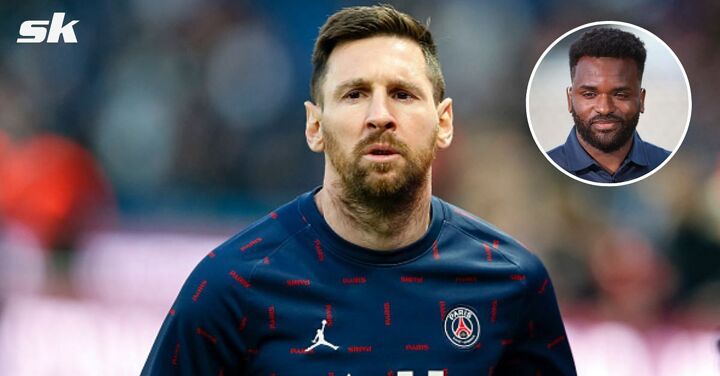 The England international was at it again last weekend. He curled a spectacular free-kick into the top-left corner beyond the reach of Leeds United keeper Illan Meslier to earn his side a 1-1 draw.

There has been no shortage of praise for Ward-Prowse, who has made a habit of producing extraordinary attempts from free-kick situations.

Darren Bent joins the list of football pundits who have been in awe of the Premier League midfielder. The former Tottenham and Aston Villa star was speaking on TalkSport and said:

"Ward-Prowse is sensational. He is one of the only players, when he gets a free kick outside of the box, I'm automatically thinking goal. The only other one off the top of my head, and look he's arguably the best player we have ever seen, is Lionel Messi. Probably Messi just shades it."

The 27-year-old now has the second-most goals from direct free-kicks in the Premier League with a tally of 13. His strike against Leeds United allowed him to surpass Gianfranco Zola and Thierry Henry, who have 12 each.

Only David Beckham (18) has scored more than the Southampton midfielder in the English top-flight.

Former West Ham player Carlton Cole was accompanying Bent on the TalkSport program and tried to rile up his colleague by bringing up Hammers set-piece specialist Aaron Cresswell. Cole said:

"You think Messi is better than Ward-Prowse right now? I'm not sure, I think Ward-Prowse is up there, for sure, but I'll put Aaron Cresswell above all of them!"

The Argentine is arguably the most technically gifted and skilled player of all-time and has been a genuine threat from set-pieces all his career. The Paris Saint-Germain forward has scored 57 goals from direct-free kicks in his career but is yet to score one for the French outfit.

The former Barcelona No.10 has always been a threat to English opposition. His love affair continued this season as his first PSG goal came against Manchester City, in the Champions League. With that goal, the Argentina captain reached another fascinating milestone.

He has now scored the most goals (7) in Champions League against sides managed by Pep Guardiola. Despite never having played in the Premier League, Lionel Messi has the fifth-most goals against the English top-flight's traditional 'Big-Six'.

His tally currently stands at 27 goals from 35 appearances, all of which have been in the UCL.