Sergio Aguero has reportedly played down his impact in Manchester City's title-winning match against QPR in 2012 - admitting he did nothing but 'scratch his balls' in the lead-up to his historic goal. 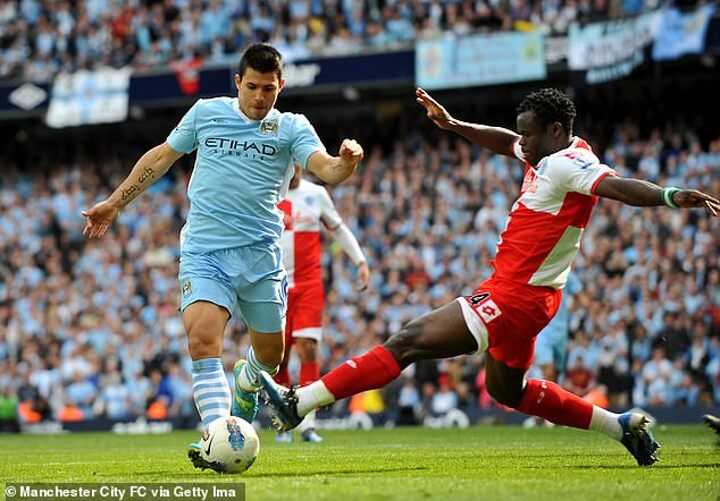 Aguero scored in the third minute of stoppage time to win the game for City, helping them steal the Premier League crown from the grasp of bitter rivals Manchester United, in one of the top flight's most memorable moments.

But Aguero, who has since gone on to become the club's highest ever scorer with 254 goals, admits he did very little apart from put the ball in the the net - and even that was a fluke. 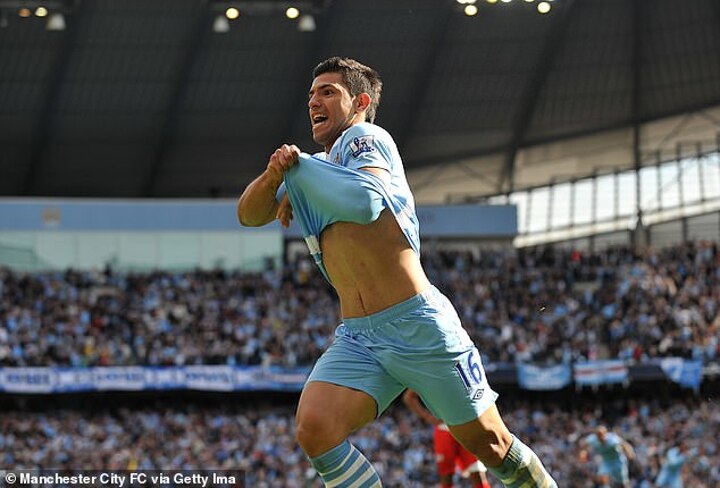 'I didn't do anything that game, come on, I scratched my balls for the whole game!' he claimed on his YouTube channel via the Sun. 'I only received a kick in the back and did nothing else... until the goal.

'If I had it kicked like I really wanted, it would have hit the defenders in the way and it wouldn't have been a goal. But luckily I scored.'

The goal, and Martin Tyler's 'Agueroooooooo' commentary alongside it, have gone down in history but the Argentine's other memorable memories of the match were around Joey Barton's bad tempered sending off. 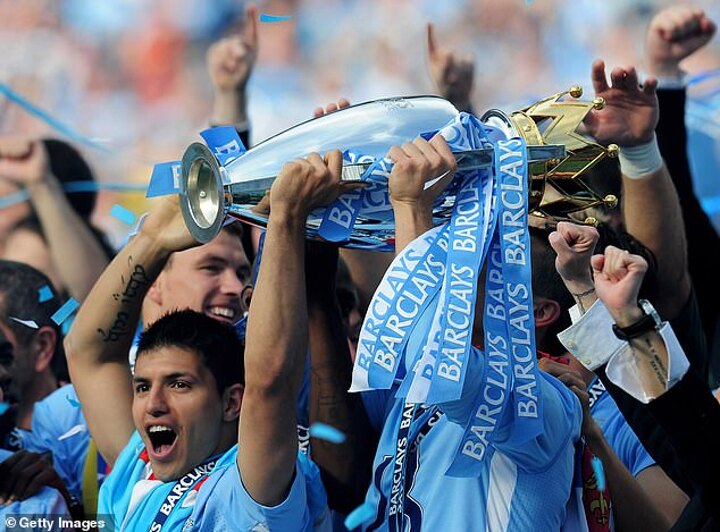 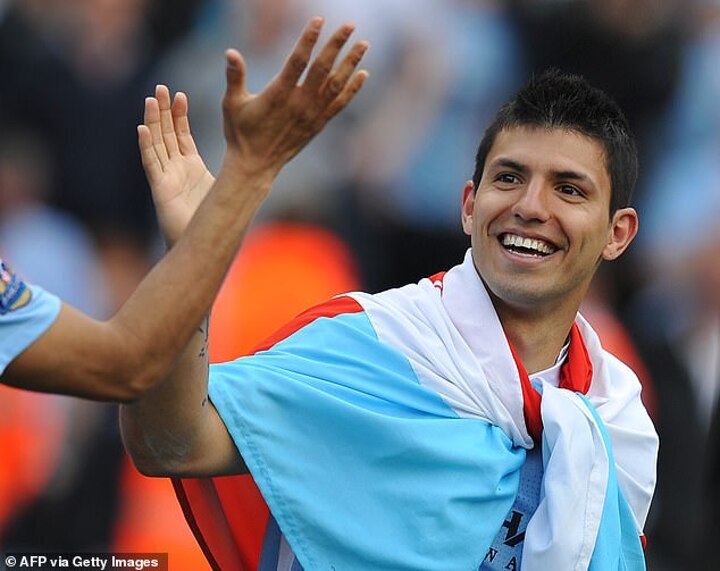 The former City midfielder had elbowed Carlos Tevez and then angrily kicked out at Aguero once he had been given his marching orders.

Aguero admits his poor grasp of English meant he did not know what Barton's issue was with him at the time, only that he looked like a 'murderer.'

'He said he was sent off unjustly, but he elbowed Carlos! Luckily I was there to defend him. From Argentine to Argentine, friend to friend. But you just look when he kicked me', he added. 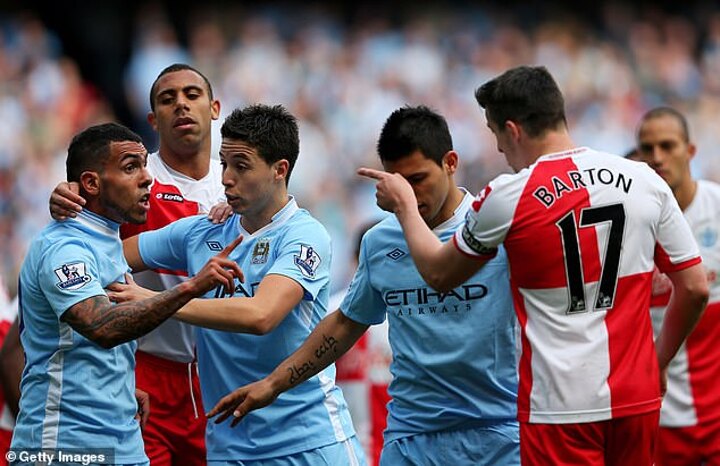 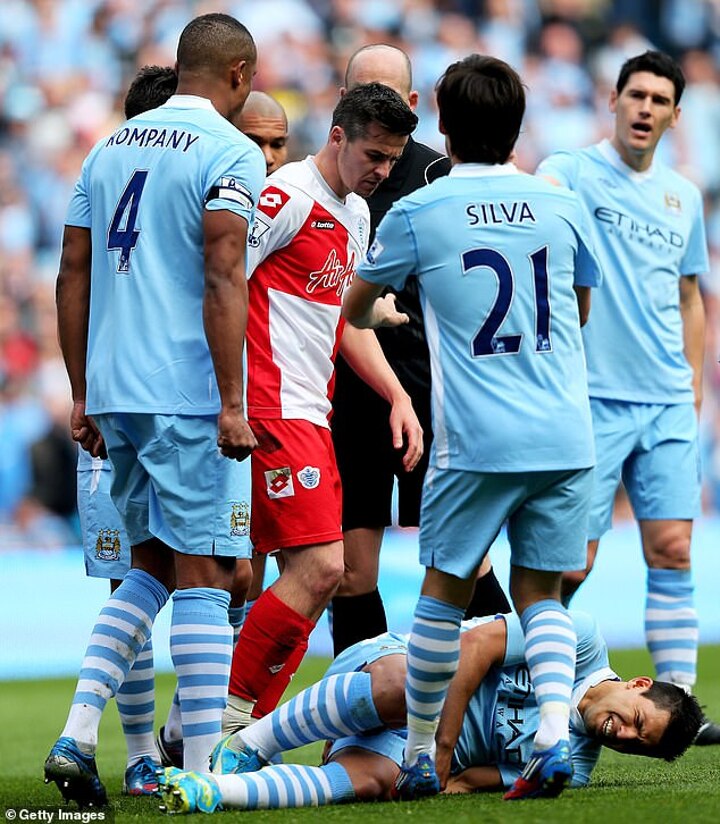 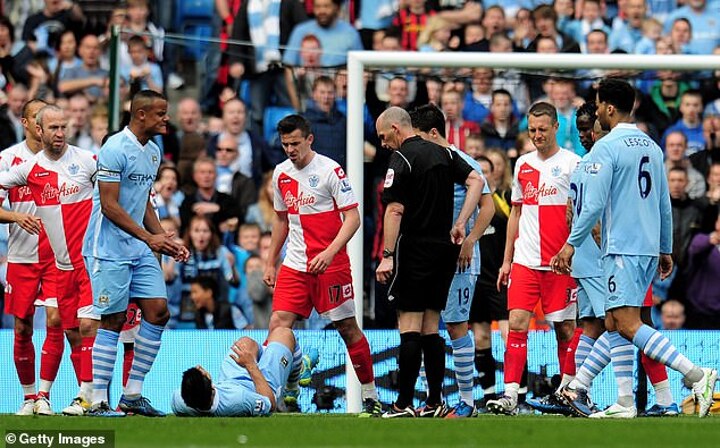 'Look at his face, he's a madman! He kicked me hard. He looks like a murderer. Everyone should take a picture of his face. But [Vincent] Kompany was there to help me and so did Samir [Nasri]. Take a look at the video, both Carlitos and me were down in the ground!'

Aguero then joked: 'But, hey, look at [Gael] Clichy too! Why didn't he help me. Clichy, do something, ask me how I am doing. Look at Barton, crazy as s***. I knew I was defended, I had tough guys near me: Kompany, [Edin] Dzeko, [Nigel De Jong], [Mario] Balotelli.'