Quique Setién has decided to cancel the first-team squad's planned day off, originally organised by Ernesto Valverde. Naturally, the new coach is desperate to get to work with his new players and has called for a training session at 11am local time. 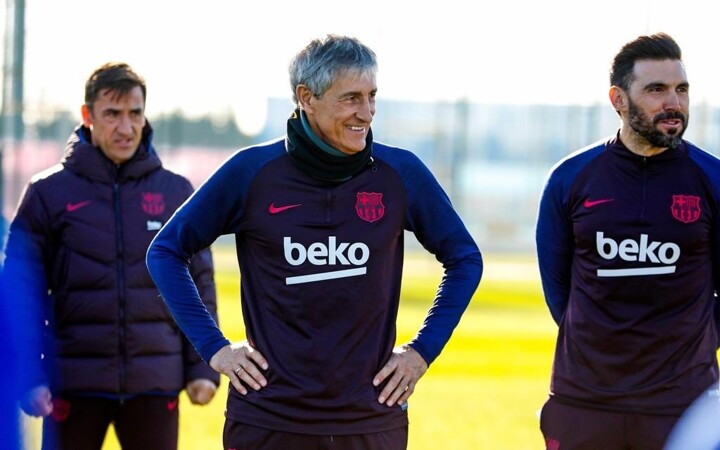 On his first day in charge, Setien took charge of a double training session. The first after Ernesto Valverde had said goodbye to the players and the session included youngsters Iñaki Peña, Araujo, Roqui Puig, Carles Pérez and Ansu Fati. For the afternoon session, Araujo was replaced by Chumi. It's entirely possible that Setien wanted to take a look at the young defenders as Todibo is set to seal his loan move to Schalke 04.

This photo shows what Barcelona originally had planned for this week, including tomorrow's day off. Instead, they'll have to cancel their plans because there is work to be done on the training ground: