Liverpool's strength in depth has been a key factor to their success over the last year, with players such as Alex Oxlade-Chamberlain, Naby Keita and Fabinho all bolstering the world-class talent at Jurgen Klopp's disposal. 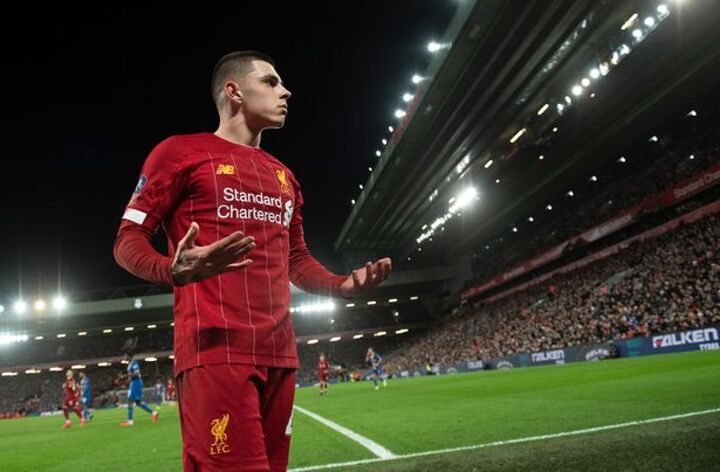 However, since Alberto Moreno's departure last summer, the Reds have been heavily reliant on Andy Robertson to play at left-back every week.

When you look elsewhere across the pitch, more or less every other position has some degree of back up or competition. Virgil van Dijk and Joe Gomez have Joel Matip and Dejan Lovren behind them, the midfield three often rotates based on form and opposition, and the traditional attacking trio can be rotated with different systems and personnel.

Robertson, though, only has the back-up option of versatile midfielder James Milner on the left flank.

Therefore, Klopp could well be looking to recruit a specialist left-back that can provide back-up to Robertson as well as some competition to keep the Scottish international at his world class best.

In terms of profile, it's likely that the Reds will be aiming to recruit a young prospect more than a direct replacement. At 26, Robertson still has a number of years at his peak and any back-up could therefore be a player that has shown the potential to develop into a world class talent.

Furthermore, given Liverpool's style of play and reliance of full-backs for creativity, a young left-back who has shown attacking quality would fit the mould perfectly. With that in mind, we've whittled it down to six potential left-back options.

The highly-rated Adam Lewis has been at his boyhood club since he was five years old and could be the latest homegrown talent to make it into the senior side.

Looking at the likes of Trent Alexander-Arnold and, more recently, Curtis Jones, the left-back will be hoping that he can also break through to the first team.

Liverpool's coaching staff clearly rank the 20-year-old highly after his inclusion in the matchday squad for the Reds' third round Carabao Cup win over MK Dons. A knee injury three days later, though, saw him spend four months on the sidelines.

However, his performance in the FA Cup win over Shrewsbury Town received great appraisal from the club's staff. His frustration with injury will hopefully be beyond him now and will allow him to come out of the other side stronger.

He looks the perfect youth development option under Robertson. Not only is he a homegrown talent that the club's staff know inside out, but he also boasts many qualities that could see him fit into Klopp's system when required.

The left-back's ability on the ball and willingness to get forward means that he could be finely poised to become Robertson's understudy next season.

Two other very talented young left sided full-backs among Liverpool's Academy ranks are Yasser Larouci and Tony Gallacher. They will no doubt both be hoping and working to become the next player to emerge as well.

A less familiar name on Merseyside, but another promising talent nonetheless.

Maouassa was previously linked with Newcastle United last season under Rafa Benitez and made no bones about his ambition to play in the Premier League one day.

Since then, the 21-year-old has been impressive at Stade Rennais as they sit third in the Ligue 1 table.

With three goals and two assists, the young left-back has developed into a capable full-back that likes to get forward and contribute to attacks. On top of that, his side has conceded just 24 goals in 29 league games this season which illustrates his defensive aptitude.

Moving to the Premier League would certainly be a step up for the young prospect, but he has shown a number of qualities that would lend well to Liverpool's system.

Another unfamiliar name to most Liverpool fans, but probably more familiar to Klopp given that Skov plays in the Bundesliga for Hoffenheim.

The 23-year-old is probably the most attacking option on the list with most of his performances this season seeing him more attacking than a traditional left-back.

His seven goals and six assists in all competitions illustrate that perfectly and suggest that he would fit the mould of an attacking option for Liverpool.

From a defensive perspective, Skov registers good numbers too. This season he has won 58.3% of his defensive duels. For context, Robertson has averaged a defensive actions success rate of 59.3% this season.

One sticking point in signing Skov could be that he only signed for Hoffenheim last summer. The likelihood of the German outfit letting him go less than a year into his contract is unlikely, but a potential move to Liverpool could help Skov force a move.

Nevertheless, the 20-year-old has been excellent for the Midlands side this season and possesses a number of attributes that could work in Liverpool's system.

In a 3-5-2, the youngster often plays as a left wing-back to provide width up and down the left flank. Such energy and stamina is a key point that could sway Klopp into recruiting the player but there would clearly need to be changes to style if he was to become Robertson's back-up.

More than anything, moulding Vinagre into a left-back rather than a wing-back would be the primary objective. His attacking attributes would be well placed in Klopp's system, but becoming defensively sound would be crucial.

Doubts over Vinagre's market value may put Liverpool off of pursuing the youngster. Wolves have a habit of quoting big money for their talent and you'd expect it to be the same with Vinagre.