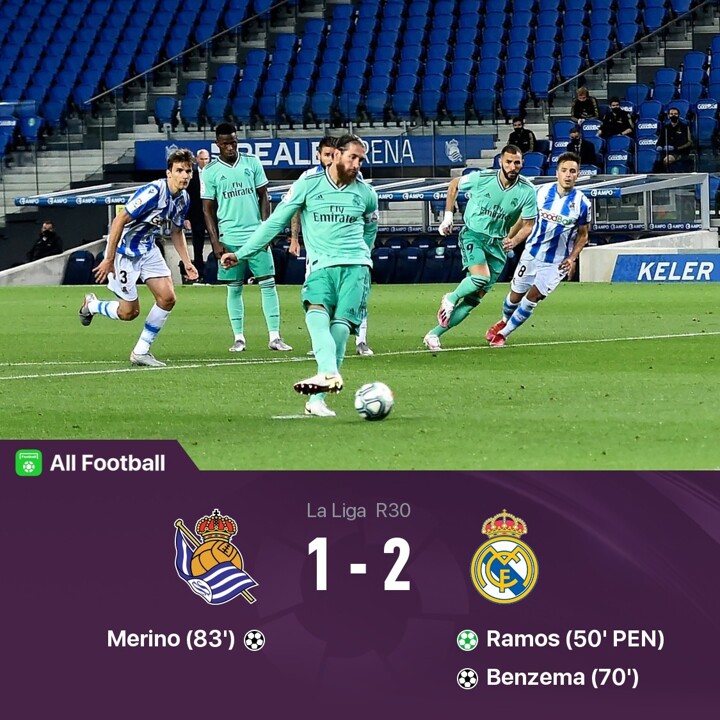 Real Madrid climbed above Barcelona at the top of LaLiga as second-half goals from Sergio Ramos and Karim Benzema clinched a 2-1 win over Real Sociedad.

Barca's goalless draw with Sevilla on Friday handed Zinedine Zidane's men the chance to leapfrog their rivals at the summit - and they duly seized the opportunity with a hard-fought triumph on the road.

Ramos put Madrid in front from the penalty spot five minutes into the second half, while Benzema added a second less than two minutes after Adnan Januzaj had a goal controversially ruled out for Sociedad. 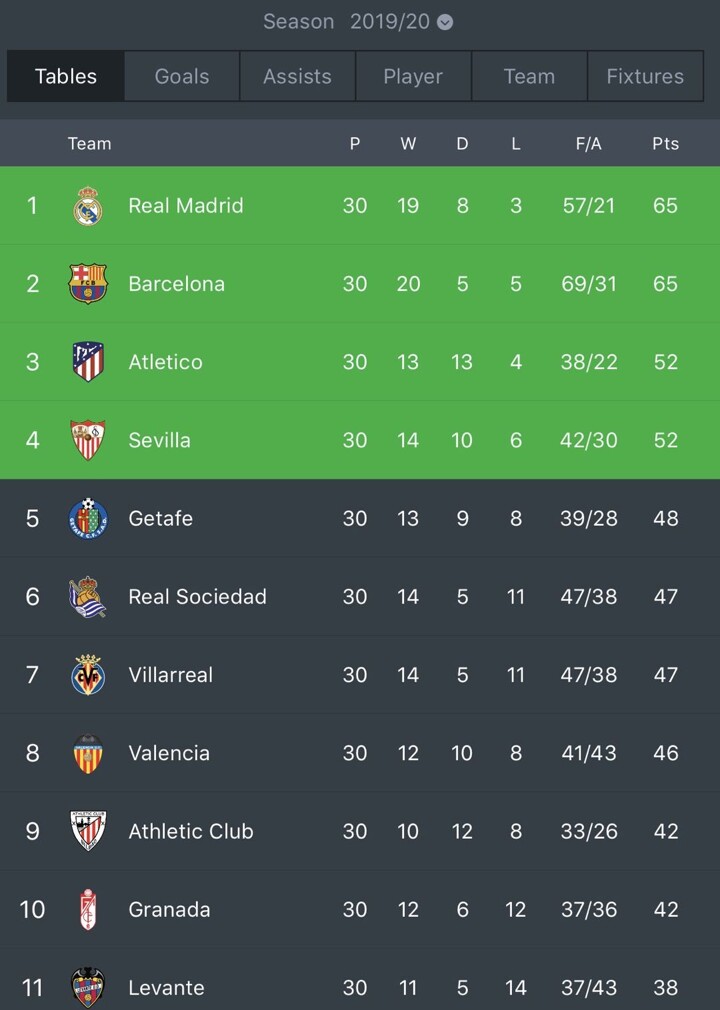 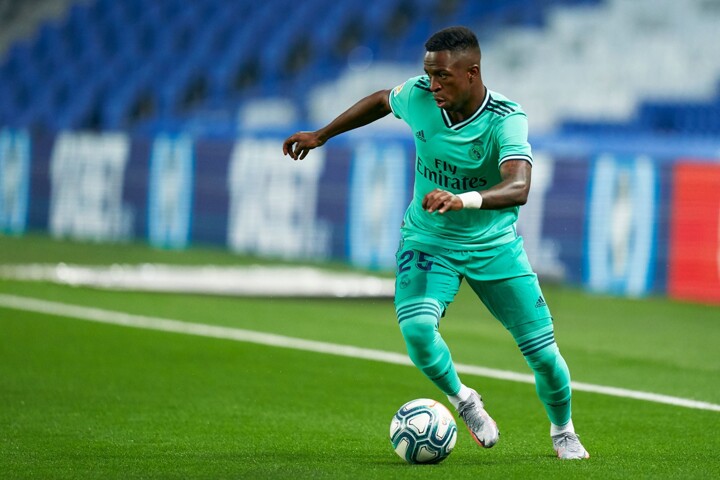 An early chance for Madrid, with Valverde making a run down the right and cutting a low cross back towards Vinicius, who is unable to keep his effort down.

Now it’s Casemiro who goes into the book, having been cautioned for leading into Merino with his arm.

27' Marcelo goes down in the box but ref says no penalty!

A first real venture forward from Marcelo, who manages to get into Sociedad’s area. However, he is unable to get any power on his effort, tumbling off balance under pressure from a defender before he can make a true connection. 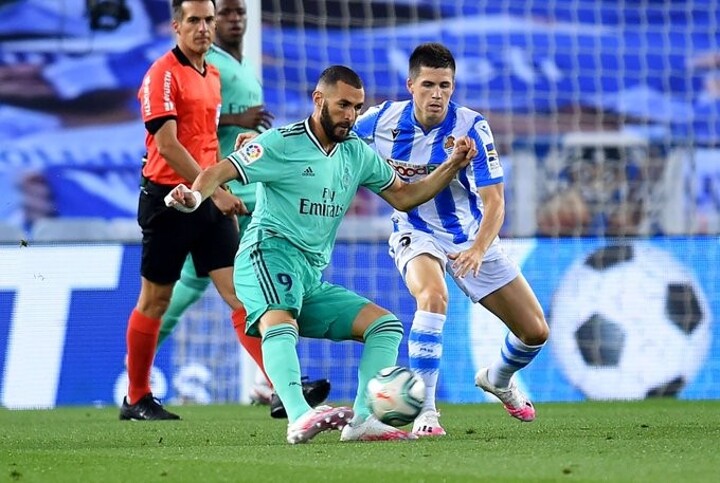 A first chance for Benzema to get a shot off, and he duly tests Remiro. The ball was worked into him in the area and, after a neat turn, he hammered a low shot goalwards which Sociedad’s goalkeeper did well to parry away. 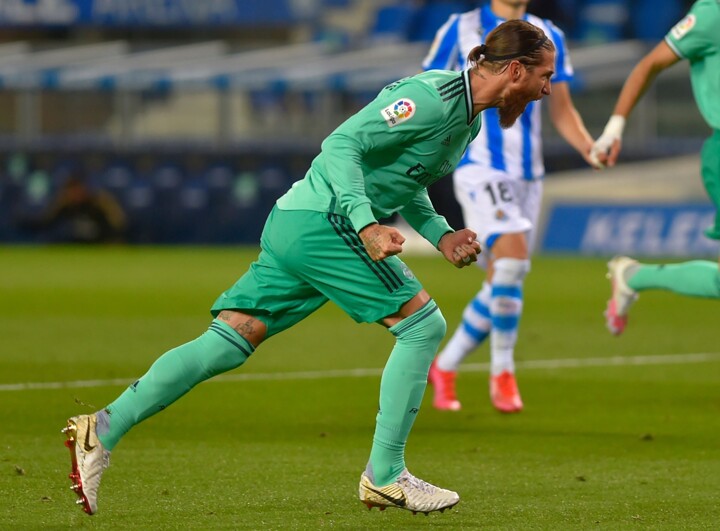 The VAR check finds no reason to overturn the referee’s decision, and it’s a cool finish from Madrid’s captain, who slots into the bottom-right corner, sending Remiro the wrong way. Madrid lead 1-0.

60' Ramos subbed off after getting injured

After giving the visitors the lead, Ramos is forced off due to that injury. He has been replaced by Militao.

Sociedad think they have levelled, with Januzaj having drilled in a brilliant strike from range, with his effort dipping into the bottom-right corner beyond Courtois’ reach. However, the referee has ruled out the goal, seemingly because Merino – who was close to the line but not directly involved in the action – was in an offside position. 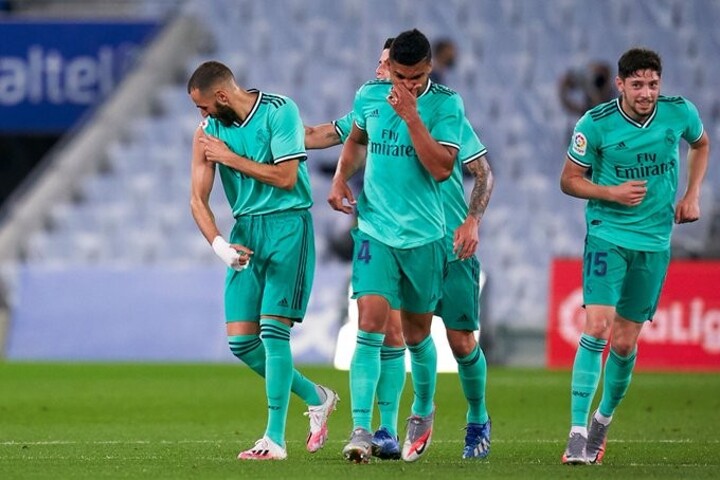 The frustration is doubled for Sociedad, as the visitors race up the other end and score a second. Valverde lifted a cross into Benzema, who after bringing it down with his shoulder – though there will be a VAR check for handball – hammers in a finish.

The pressure finally tells, with Merino thumping in a venomous finish from the left side of the area as the home side pull themselves back into it to set up a grand stand finish. 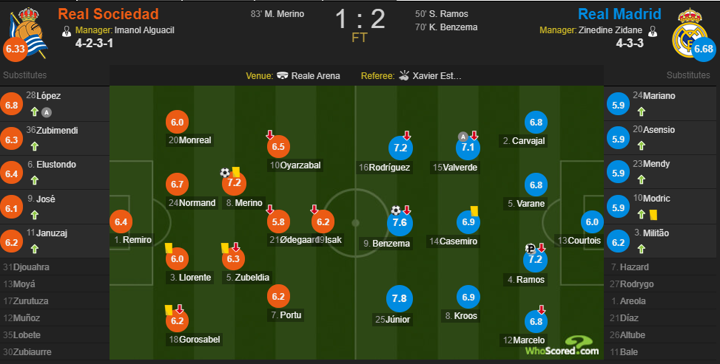