Scott McTominay and Paul Pogba will not return for Manchester United at Chelsea on Monday night.

United resume their Premier League season after a 16-day winter break at Stamford Bridge but McTominay (knee) and Pogba(ankle) are still unavailable.

"Don't think we'll get anyone back for the Chelsea game ready," Solskjaer said. "Scotty, Axel, Tim, they didn't join too much so are not ready to play in that game. And Paul is not ready, of course."

Nemanja Matic is available again after serving a one-match suspension in the goalless draw with Wolves and Odion Ighalo is expected to be named on the bench.

Ighalo, 30, will not train with his United teammates until Sunday at the earliest and the squad is due to travel to London later that day. Solskjaer believes Ighalo will offer United a different approach up front. 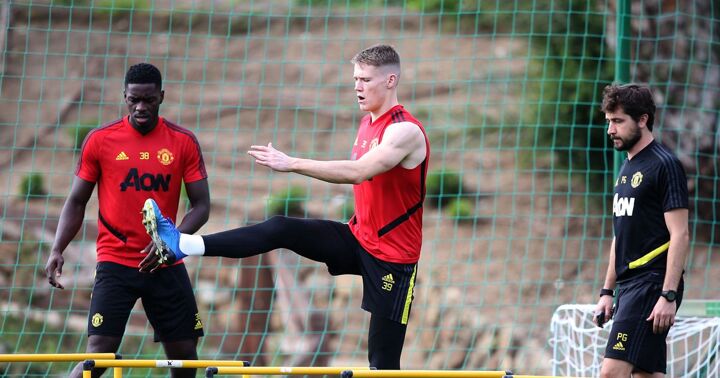 "But Odion, we hope, one, adding that striker will give us a different type of striker and two, it gives us a chance in games to rest Antho or Mason, maybe play in a different way.

"To sign Odion wasn't just on the back of those results. Wolverhampton didn't score against us in three games, either, and we all know they're a good team."