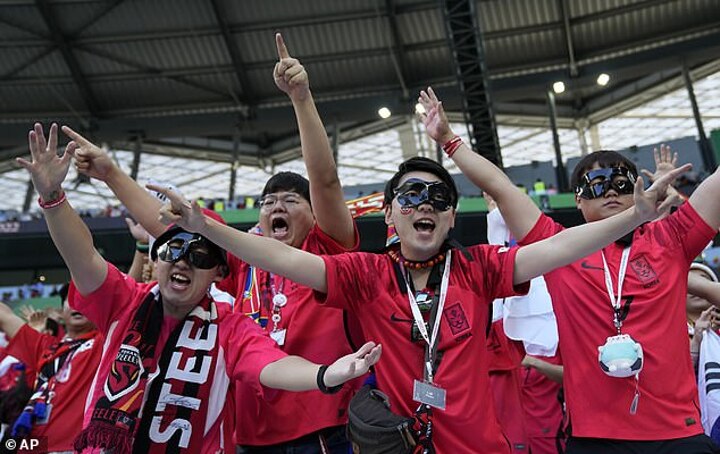 As Paulo Bento's side took to the pitch for their World Cup opener against Uruguay, the South Korea captain appeared for the first time since since being forced off whilst playing for Tottenham in the Champions League.

The 30-year-old could be seen wearing a protective face mask, after recently undergoing surgery following a eye-socket fracture. 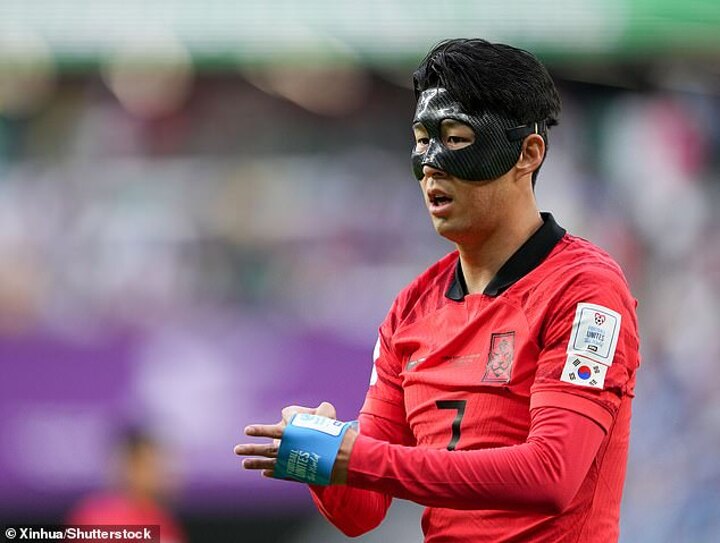 South Korean fans not donning Zorro-like facewear in tribute to their talisman instead showed their support for the 30-year-old with a range of banners and posters.

Large cutouts of the former Bayern Leverkusen forward's face were hung from walls inside the newly-built ground.

Meanwhile a pair of Korean fans were pictured holding a 'you are my Sonshine' poster adorning the Spurs star's face.

Son appeared in the game wearing a protective mask after suffering an injury that threatened his involvement with the tournament. 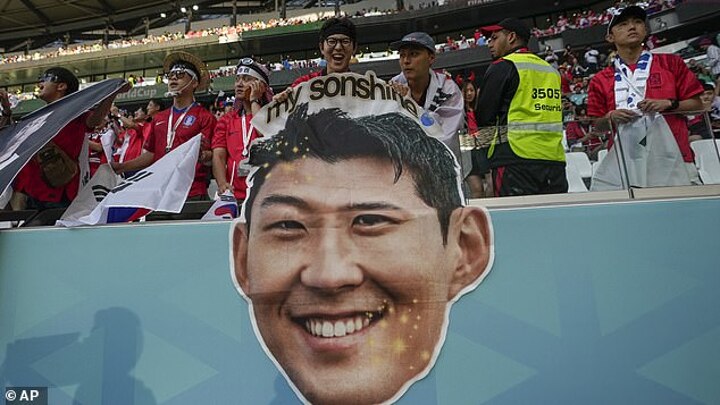 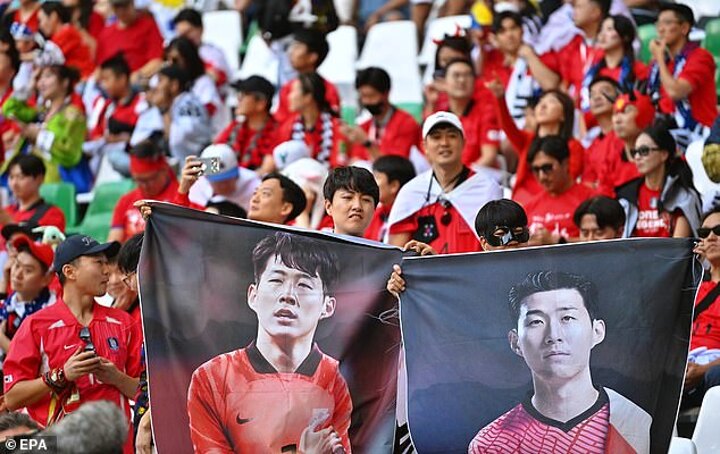 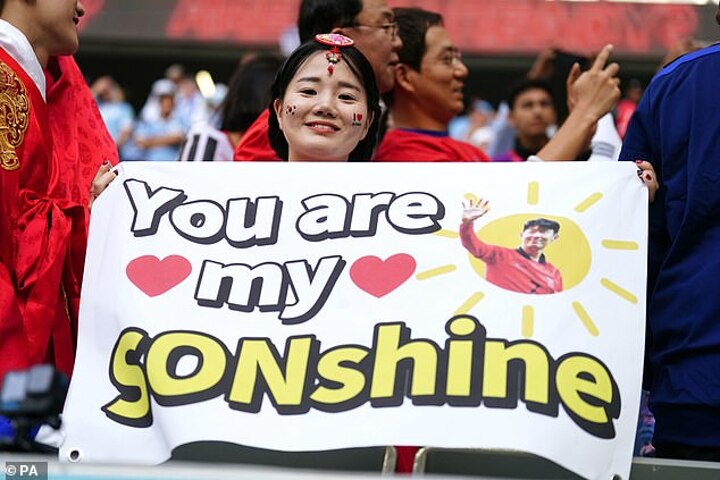 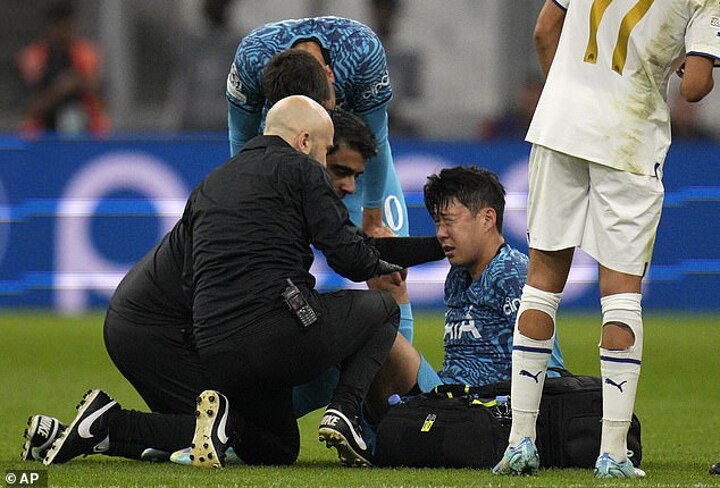 In Tottenham's final European fixture before the break for the World Cup, Son suffered a broken orbital bone during a collision with Marseille defender Chancel Mbemba.

His nation held their breath as medical staff attended to the forward, and he was replaced by Yves Bissouma just 29 minutes into the first half.

The forward underwent successful surgery following the incident to ensure he would be able to represent his country in Qatar.